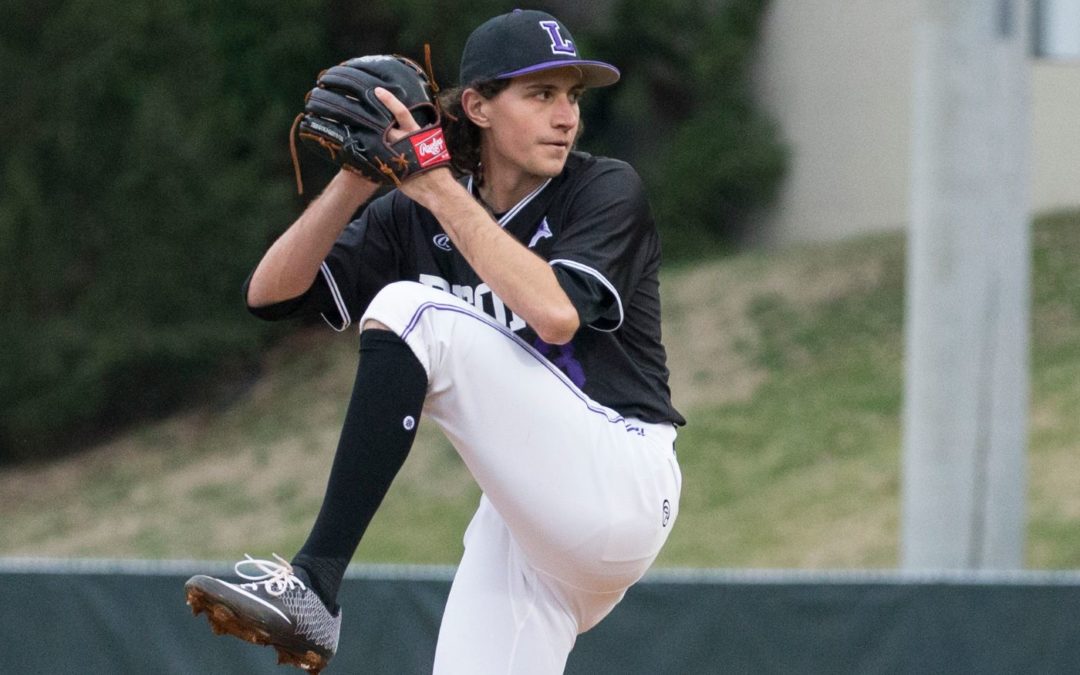 Former Lipscomb pitcher Chris Kachmar was selected by the Chicago Cubs in the 28th round of the Major League draft.

The right-hander, who finished his senior campaign with a record of 9-3 and a 3.61 era, was a first-team all-conference selection in the ASUN.

He also earned ASUN pitcher of the week awards in two consecutive weeks at the end of the regular season for his performances against North Florida and Liberty.

“I think the thing that stands out to everybody about Chris is just his work ethic and how much he has improved since we got him,” said Lipscomb coach Jeff Forehand.

“He and our pitching coach, James Ogden, have worked really hard. It’s both of them, but it’s Chris’s work ethic and discipline to be the best that he can be that put him in that position to make all-conference this year and for the Cubs to recognize him as a draft pick.”

Kachmar, from East Greenville, Pennsylvania,  transferred before the 2017-18 season to Lipscomb from Palm Beach State College. At Palm Beach he compiled an earned run average  of 3.79 as a sophomore.

At Lipscomb in his junior year, Kachmar was able to step in and provide an immediate impact, but his season was cut short due to an injury.

“He finished last May pretty much unable to pitch, so he went home for a few weeks, let that rest, came back, enrolled in summer classes and just started training and rehabbing his bad back,” Forehand said.

“He got better, and he just continued to look forward every day to those 15 or 16 starts that he got for us [this season].”

Kachmar came into the 2019 season as the Bisons’ top pitcher, and one of the senior leaders on this Lipscomb team.

“He’s a quiet guy, a smart guy and [keeps] to himself a lot,” said Forehand. “But when you put forth the effort, the energy and the sticktoitiveness that he has about [his position], he was able to lead through example.”

Kachmar went 3-0 in his final three regular season starts, including a complete game against North Florida, and was critical in giving the Bisons the third seed in the ASUN tournament.

“I really think it started with his conditioning from the summer… It paid off for him, especially in the last three or four weeks of the season where he was pitching those complete games for us,” said Forehand.

“It’s a lot of work; you play once a week, you pitch once a week and you’ve got to have that discipline to take care of your body, to recover, and to do all the things it takes to be a pitcher,” said Forehand.

“I think sometimes people think that that is an easy job, but all of those days in between — the weight lifting, conditioning and all it takes to get your body to do that again after you’ve thrown 100-plus pitches — that’s where the discipline comes in, and I think that that is Chris’s strongest characteristic,” said Forehand.

Kachmar is the 31st Bison baseball player to be drafted into professional baseball. Being drafted earns you a spot in the minor leagues while you play to earn a spot in the major league.

“It’s special that he can join that group and have a chance to live out his dream,” Forehand said.

“If he just keeps being consistent and doing what he’s been doing for us in the minor leagues, he’s got that opportunity to play in the major leagues.”