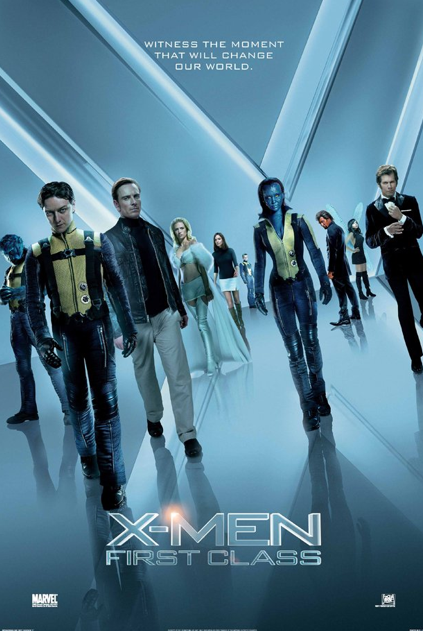 Fall is full swing as we enter the first week of October. This is the month when horror/thriller films are at their peak. While we don’t have any scary flicks to recommend today, here are two solid films for your enjoyment!

The X-Men franchise is back in full swing with this electrifying prequel. This film follows the beginning days of the X-Men, telling the stories of Charles Xavier, a young, gifted professor and Eric Lensherr, a revenge-driven survivor of the Holocaust. The two mutants are brought together when a power force threatens the fate of the world. Assembling the finest mutants they can find, Charles and Eric take on the menace in this past summer’s best blockbuster film (in my opinion). McAvoy and Fassbender truly knock their performances out of the park. This is an immensely fun, engaging, stylish superhero film that I fully recommend for your viewing pleasure. It’s one of my favorites of the year, and I hope it’s one of yours.

BATTLE: LOS ANGELES (PG-13, 116 minutes-featuring Aaron Eckhart)
*BLU-RAY OPTION RECOMMENDED
Here’s another title that has been on Redbox for a while, but it’s still worth a rental. Battle: Los Angeles is a straight-forward alien invasion film told through the eyes of the soldiers combatting the enemy. While this film is nothing too deep or philosophical, it’s an action-filled ride that puts the viewer in the middle of the fight. I loved Eckhart’s no-nonsense Marine staff sergeant. He gives the film its drive. This isn’t the greatest alien invasion film of all time, but for a dollar (or a dollar fifty if you go the way of the Blu-Ray), it’s a snappy, energetic action film. It’s realistic, and at times, quite tense. If I remember correctly, I jumped a few times. Thanks to some awesome action sequences and Eckhart’s performance, this film is worth a look.

Whether you’re looking for famous superheroes or soldiers battling aliens, Redbox has you covered. Be sure to check back next week as I continue to recommend the must-see titles of the week.