REVIEW: ‘Black Widow’ takes viewers on a much-needed return to the Marvel universe 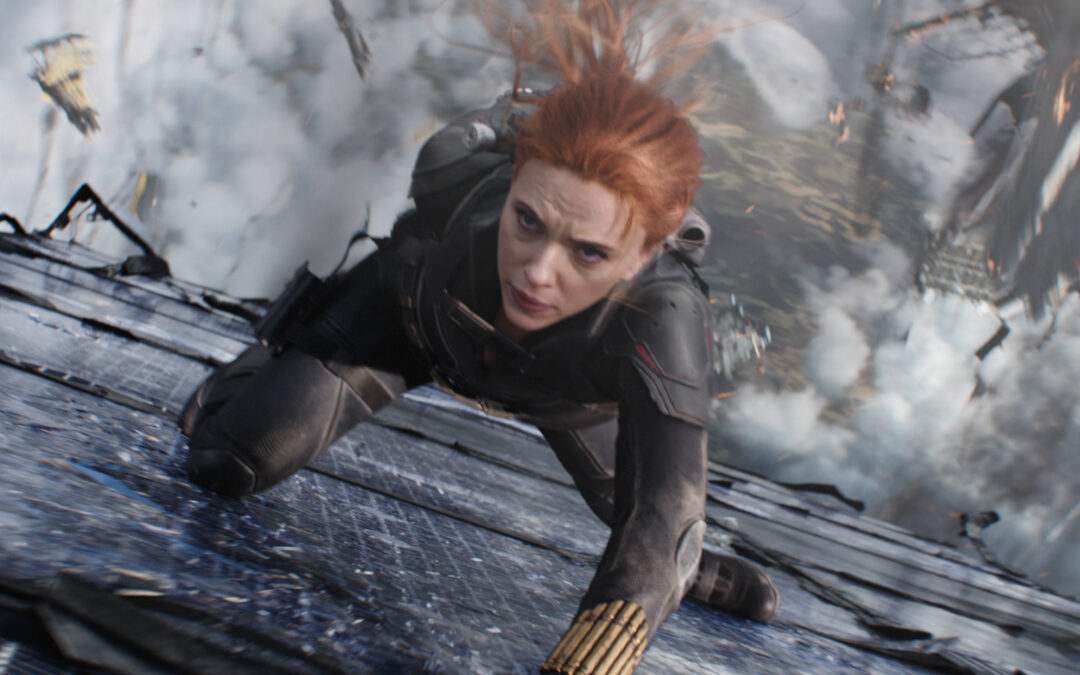 Since The Avengers first assembled on the silver screen in 2012, audiences have been clamoring for certain members of earth’s mightiest heroes to have their feature films.

Fans have been especially eager for the Russian femme fatale, Natasha Romanov, aka Black Widow, to have her turn in the spotlight.

After spending more than 16 years in development and numerous delays, including those caused by the COVID-19 pandemic, Black Widow finally was released this summer in theaters as well as premier access streaming via Disney Plus.

The film’s setting is a mixture between sequel and interquel as it takes place between Captain America: Civil War (2016) and Avengers: Infinity War (2018)

The tense yet touching reunion is short-lived as a conspiracy involving the Black Widow program — a syndicate that trained female assassins including Romanov and Belova — arises.

After spending countless years apart, Natasha and Yelena must put aside their differences to take down General Draykov and his army of Black Widows once and for all.

The two sisters can’t do this task alone as they need to form a makeshift team with some of the toughest soldiers Russia has ever known: Their adoptive parents, super soldier Alexei Shostakov (David Harbour) and veteran Black Widow, Melina Vostokoff (Rachel Weisz).

As the Marvel Cinematic Universe (MCU)’s first venture into the espionage film genre, Black Widow does an excellent job of recognizing its influences, such as the 007 films, all the while maintaining a slick and unique personality of its own.

The action sequences are masterfully choreographed, which is arguably the most crucial part of an MCU blockbuster as well as an espionage-thriller film.

Marvel Studios hasn’t shied away from serious topics/themes in previous films, and Black Widow is no exception.

Prevalent themes in the film — such as the indoctrination of child soldiers, unjust wars and human trafficking — make Black Widow the Marvel Cinematic Universe’s darkest and heaviest film yet.

While the typical comedic scenes of MCU films are sprinkled in to lighten the heavy subject matter, the serious tone of the film ensures that the drama is the main focus.

While the main ensemble is presented with lively personalities, the characters within the film might not be as memorable to some viewers as with previous Marvel films due to brief, paper-thin backstories.

Performances from the entire cast were outstanding, as evident with Johansson and Pugh’s on-screen chemistry as sisters Natasha Romanov and Yelena Belova.

The film has already made tremendous strides, raking in more than $265 million worldwide from theatrical and streaming sales.

Black Widow had the largest opening in North American box offices since the start of the pandemic and already is the sixth highest-grossing film in 2021.

Black Widow does a magnificent job blending in the action of a Marvel blockbuster, the elegance of a spy film and even the awkward yet heartwarming elements of a family movie.

While Black Widow might not be the perfect film for fans of the Russian Avenger, the movie is a much-needed return to the action-packed Marvel films moviegoers know and love.

(Black Widow is currently in theaters as well as premier access streaming via Disney Plus and is rated PG-13 for intense sequences of violence/action, some language, and thematic material)