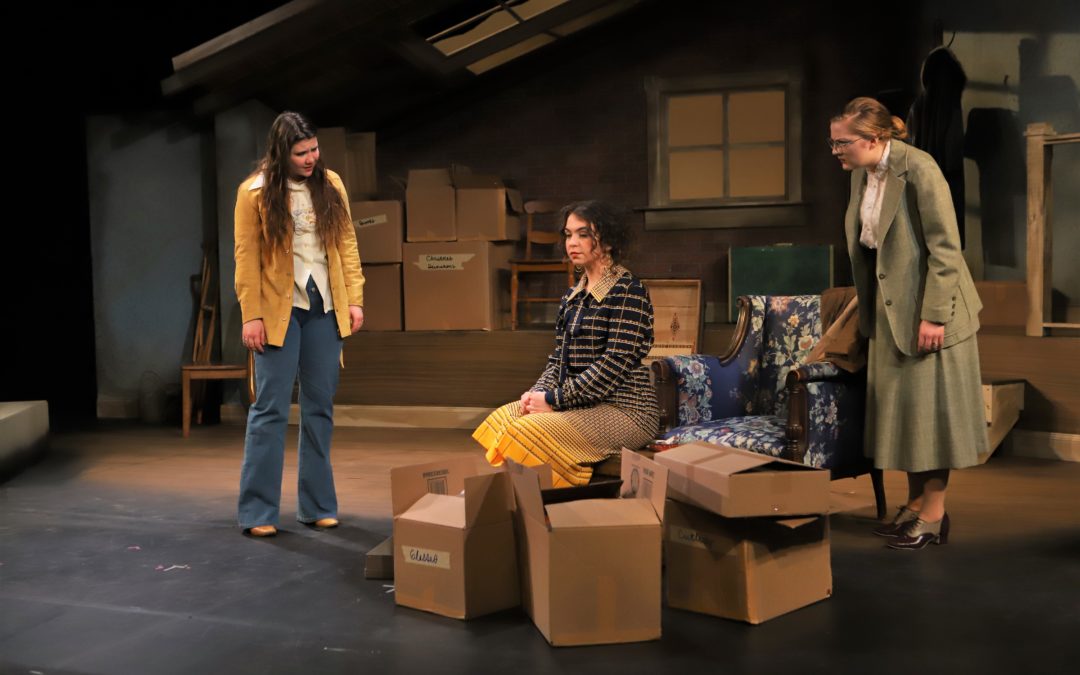 Bring your tissues. As described aptly in the College of Entertainment and the Arts emails, “Kindertransport depicts the agony of separating a child from her parents and wrestles with the consequences of that choice, an act of sacrifice that also wreaks devastating results.”

“Kindertransport is a play that deals with personal relationships, trauma, and mental health in the interpersonal lives of people who are going through a much bigger trauma,” said Emma Harvey, lead actress in the production.

Kindertransport addresses a moment in history when children were sent out and away from Nazi Germany, by Jewish families who wished for a better chance of survival for their children.

The production, full of complexities in crossing timelines, follows the path of one such child. Eva Schlesinger feeling abandoned, unable to communicate in English arrives in England. After her parents fail to escape Nazi Germany, she is adopted by her host family, the Millers, and raised as their own. While struggling to keep the Ratcatcher, an embodiment of her fears, at bay she grows into her new life, and 30 years later, her daughter, Faith, discovers old letters and papers bringing back the Ratcatcher and the pain to the present.

The Ratcatcher plays a key role in Eva’s PTSD. What once was her favorite story has been turned into a nightmare personifying the trauma and fear that she experiences, feeling the need to be grateful and the mentality of “grin and bear it” burying the emotional crisis deeper into her subconscious.

There is a heavy historical influence. This story transcends time showing up again and again in history, providing an inside look into the consequences of children being sent away from their parents at a young age due to conflict. It is still relevant today.

With a play such as this particular one, there is a great deal of research and influence that goes into the portrayal of mental health, PTSD, and childhood trauma that follows into adulthood and affects those present. Harvey hopes that audiences would take this into consideration and ask, “what would you do?”

This play leaves a deep impression on the audience’s hearts. The small cast of six members left a powerful impact, created a more personal connection between the audience and the story. “The story is about one woman’s journey as she faces life without her parents and figures [it] out,” Harvey said making the small cast a perfect complement to the story.

This heart-wrenching play written by British author and playwright Diane Samuels ran February 6, 7, and 8th at 7:30 pm and Feb. 9 at 2:30 pm in Shamblin Theater.