REVIEW: The Mitchells vs. The Machines brings humor, good visuals and family bonding 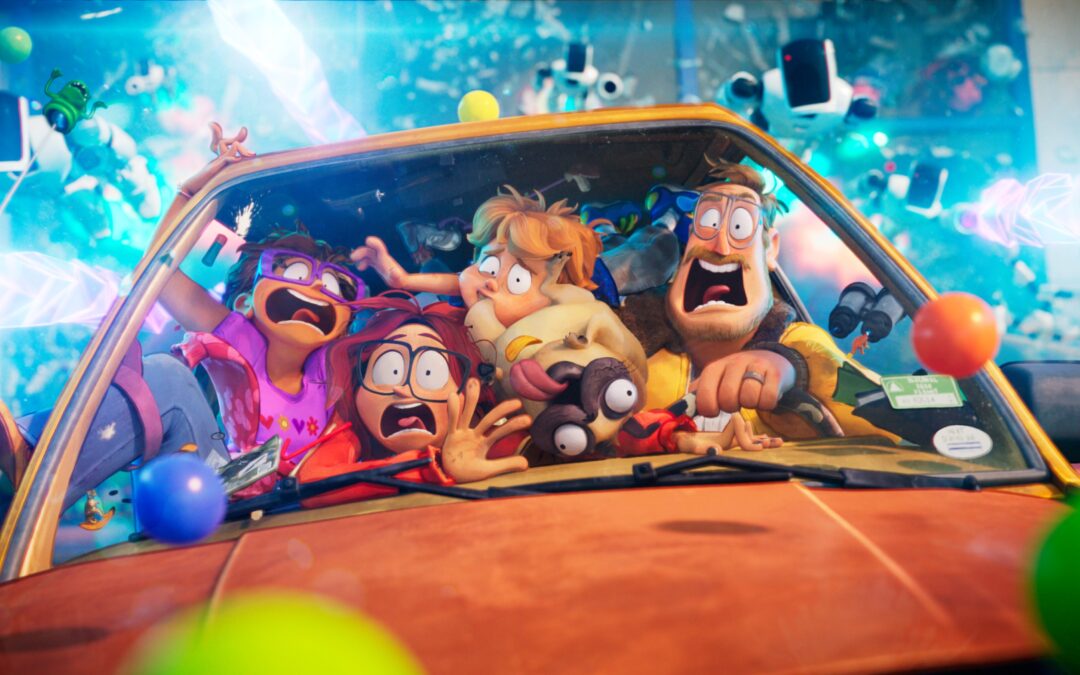 In recent years of cinema, the heroes of Earth are often depicted as a group of highly athletic, agile, brilliant and dangerously attractive superpeople.

Whether it’s the Avengers or the Justice League, audiences have seen countless times a group of ragtag individuals who unite to save humanity from the fate of evil.

However, in Michael Rianda’s directorial debut The Mitchells vs. The Machines, audiences are introduced to a new kind of hero: Your everyday dysfunctional family from Michigan who save the world from a global robot revolution during their family road trip.

Initially intended for a 2020 theatrical release under the title “Connected”, the film instead went to streaming on Netflix alongside being played in select theaters due to the ongoing COVID-19 Pandemic.

The film was produced by Sony Pictures Animation and features the voice talents of Danny Mcbride, Abbi Jacobson, Maya Rudolph, Eric Andre, Doug the Pug (yes, THE Doug the Pug), and more.

The main protagonist, Katie Mitchell (voiced by Jacobson), is a young aspiring filmmaker who just got accepted into the film school of her dreams in California and is eager to leave her home.

However, in a last-ditch effort to salvage the relationship with his daughter before she leaves, nature-loving and technologically inept handyman, Rick Mitchell (voiced by Mcbride) puts together one last family road trip with Katie, as well as his sweet and supportive wife Linda (voiced by Rudolph), dinosaur-loving son Aaron (voiced by Rianda himself), and the lovable blob of dog that is Monchi (voiced by Doug the Pug).

Everything is going great until the apocalypse is brought upon by a rogue smartphone, which ends up reprogramming every robot on Earth to overrule humanity.

Being the only humans free from this mechanical revolution, The Mitchells have to put aside their differences to save the place they call home from extinction.

As with any family, each member of the Mitchells is unique, which helps make the film’s characters memorable.

While it can be somewhat frustrating having Katie’s journey to her identity being reduced to subtle hints, the film nonetheless gives a refreshing and relatable take on Katie’s growth as an individual and how she navigates this newfound sense of identity with her family.

The film’s narrative not only has the perfect blend of heartfelt moments and laugh-out-loud scenes but also manages to include surprisingly deep themes and elements in a children’s film such as inclusivity and what it truly means to be a family, warts and all.

Visually, the film is remarkable, and being a film from the same team that made The Lego Movie & Spider-Man: Into the Spider-verse, it should come as no surprise.

Humor within the film is effective, which is amazing considering that the jokes often rely on references on the internet memes and electronic fads of last year.

The Mitchells Vs. The Machines may seem like your “typical” family film at first glance, it’s apparent considering its intended audience.

However, that shouldn’t deter you from watching the film.

For a family film, The Mitchells vs. The Machines is surprisingly well-thought and manages to capture the intimate ups and downs of growing up, from discovering who you are to getting along with your family despite your differences.

Whether you’re a film lover like Katie or looking for a reason to spend bonding time with loved ones like Rick, then The Mitchells vs. The Machines is a movie that shouldn’t pass you by.

The Mitchells vs. The Machines is available for streaming on Netflix and rated PG for action and some language