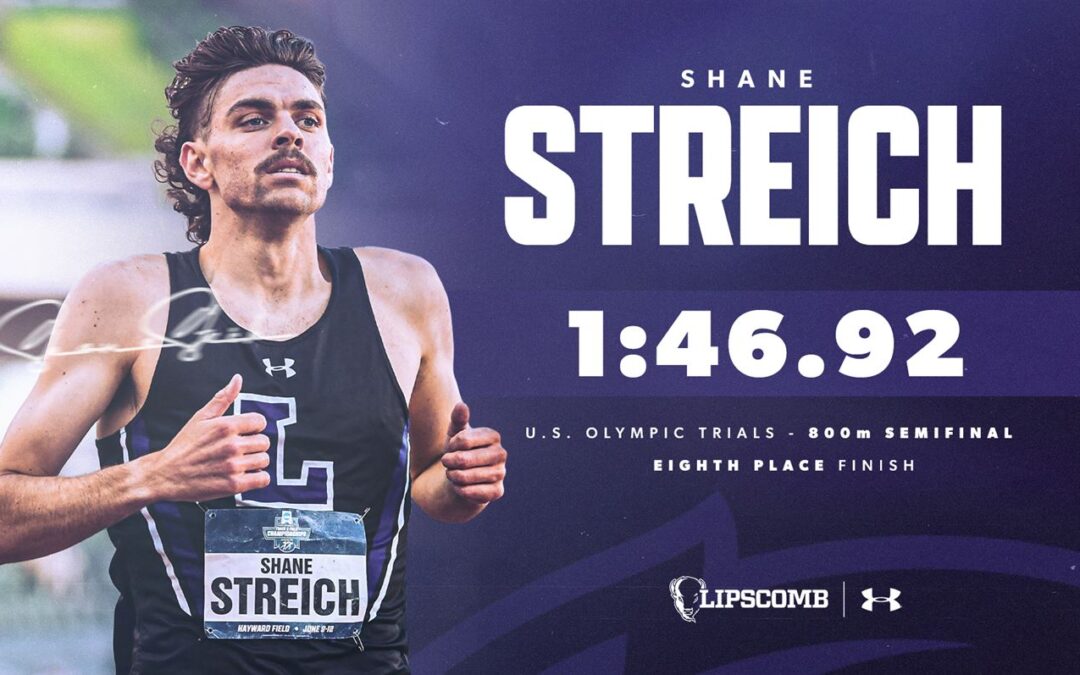 Shane Streich’s Olympic qualifying run came to an end last weekend after his semifinal run in Eugene, Ore. on Friday.

He finished in eighth in his semifinal run, two places away from being one of the six runners from the entire nation to race for the distinction of representing the United States in the 800-meter race at the 2020 Olympic Games in Tokyo.

Streich’s run finishes after a host of personal, school, and national accolades, including a sixth-place finish in the NCAA Men’s Track and Field National Championships, which were also held in Eugene earlier this month.

Streich leaves Lipscomb as the first athlete in any sport to compete in Olympic qualifying for any nation. His single year as a graduate student at Lipscomb after transferring from Minnesota was among the most successful in Bisons history, achieving a national finals run as well as an ASUN Conference championship win.