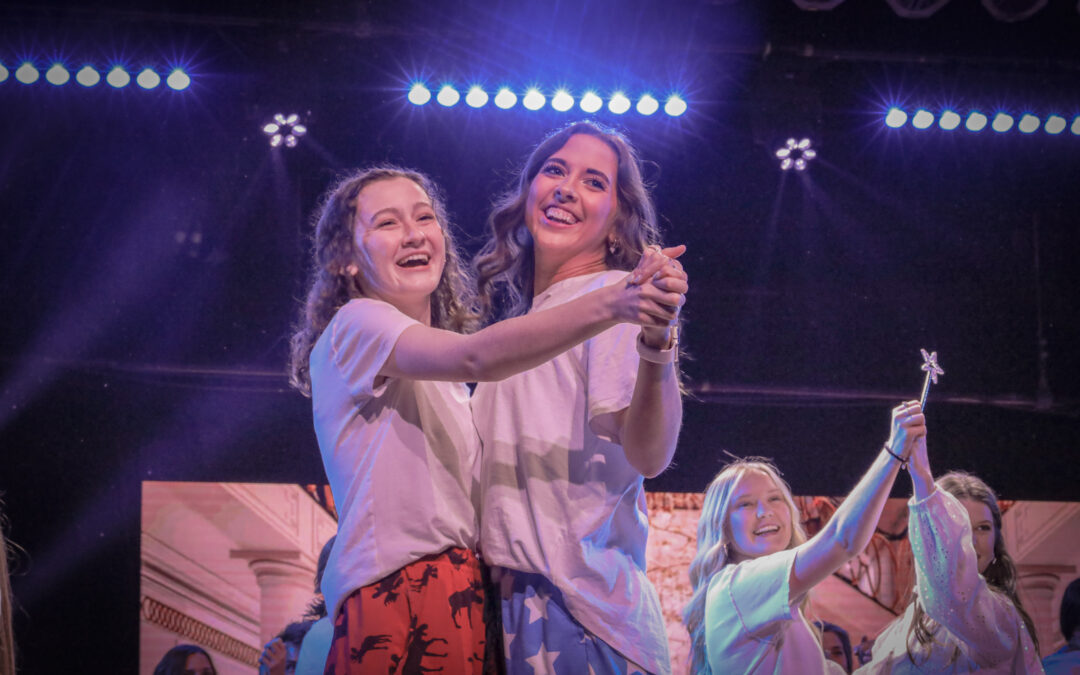 That was proven by co-directors Nate Pearson and Erin Bell, directors of the sweepstakes winning Team Fairytales in this year’s Singarama.

“I just feel on top of the world, it feels so good,” Pearson said, after the top award was presented to his team by President Candice McQueen. “ I told myself that this year I would make a great Singarama show, so it just feels good.”

Pearson, an elementary education major from St. Charles, Illinois, and his colleague Bell, a psychology major from Nashville, both are seniors and said they consider this a perfect farewell.

“It’s been so much work going into it, and it’s been fun getting to this point and just seeing it all come together,” said Bell.

Team Fairytales was followed by Team History which gave a performance inspired by a real-life 1990 robbery.

Team Mystery relied on the intrigue of a murder mystery for its performance.

Over 300 students participated in this year’s Singarama either on stage or behind the scenes.

“The cast, and really everyone put in so much work into it,” said Pearson. “And I am just so proud of them and they are all so good.”