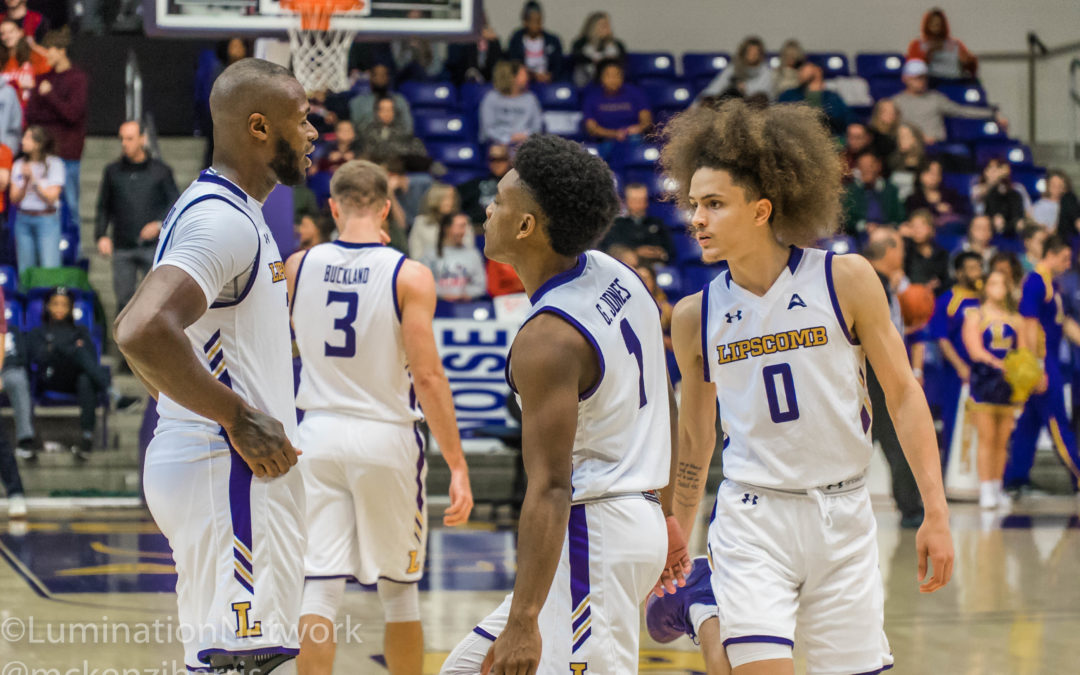 For the third consecutive game, the Bisons were on the road and without three of their starters.

Senior guard Michael Buckland, sophomore guard Greg Jones, and sophomore guard Jake Wolfe, sat out, leaving a smaller and younger roster to face off against the five upperclassmen starters for the Xavier Musketeers, who were all 6’4” or taller.

Saturday afternoon, Lipscomb traveled north to Cincinnati where they fell to No. 25 Xavier 87-62.

“We were without three guys that are really key to our team, so I thought we got tired in several instances in both halves and that’s when they went on runs,” Lipscomb head coach Lennie Acuff said.

With their speed, the undersized Lipscomb roster was able to disrupt Xavier’s offense for the first ten minutes of the game, but once the Musketeers got into a rhythm in the paint, the Bisons couldn’t find an answer.

On both the offense and defense, Lipscomb struggled to get rebounds, allowing Xavier to score 24 second-chance points.

“We have to be a little more physical. We need to turn freshman into sophomores and juniors – that would help. They had grown men out there. But we are going to be fine; we just need to keep working.”

It was not all bad news for Lipscomb though. Freshman guard KJ Johnson finished with a career-high 25 points and sophomore center Ahsan Asadullah came up just one rebound short of a double-double with 18 points and 9 rebounds.

“I was proud of how hard our guys fought,” Acuff said. “It was a one-point game with eight or nine minutes left in the first half, and then they went on a big run. We have to work on having the ability to not let it go from one to fifteen.”

Now the focus is on Tuesday night when the Bisons travel up the road to the Curb Event Center to take on Belmont for the second installment of the Battle of the Boulevard.

When asked how he was preparing, Acuff said, “First thing, we need to get some rest. We played a lot of heavy minutes with some of these guys. Then we will start getting ready for Tuesday. It’s on the road; it’s going to be a tough game for us. We just need to find a way to get better in the next 48 hours.”

Be sure to tune into the Battle of the Boulevard Tuesday night on thebisonradio.com, and continue to check Lumination Network for all your Lipscomb basketball coverage.