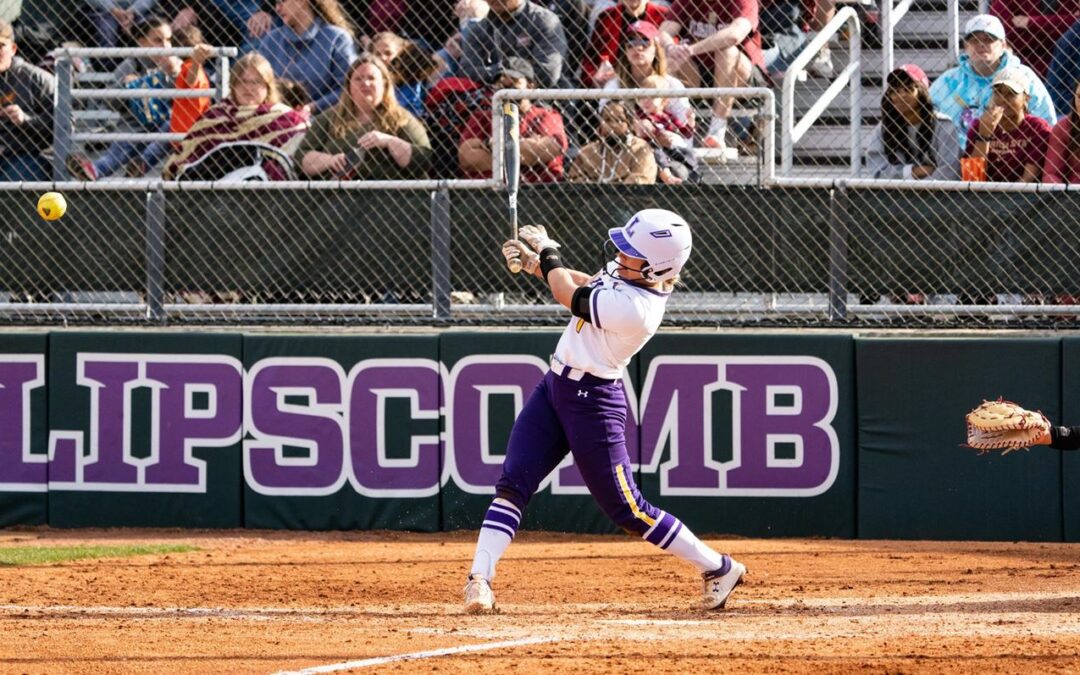 After the teams split the Friday doubleheader, the Gamecocks finished off the weekend with a win thanks to a five-run performance in the third inning.

“A lot of times, it comes down to execution,” Lipscomb head coach Kristin Ryman said. “We gave ourselves chances in all three games… I think it’s one of those things where we just came up a bit short today.”

Lipscomb led early behind strong pitching from freshman Kate Peters of Dickson, Tennessee. Peters picked up two no-hit innings to start the game, while senior Amy Vetula, senior Jessie Brown, and junior Presley Leebrick all picked up RBIs to give Lipscomb a 3-0 advantage after two innings.

All that changed in the top of the third, when a three-RBI double and a two-run home run brought JSU to a 5-0 lead. Peters was replaced by Mariyn Waterman, who got the Bisons out of the third inning and kept a clean sheet in the fourth.

Lipscomb picked up two runs in the fourth to tie things up at five apiece, but they were unable to draw up any more offense the rest of the way through.

A single RBI in the top of the sixth put the Gamecocks up for good at 6-5 and gave them the edge for the weekend.

With the victory, JSU improves to 9-6 in the ASUN Conference. Lipscomb drops to 6-9 with a 16-25 overall record on the season.

“We’re still working through a lot of things, but I think there are still a lot of positives to take away from this weekend,” Ryman said.

Lipscomb is next in action 6 p.m. Tuesday at Western Kentucky in Bowling Green, Kentucky. That game will be broadcast live on The Bison, Lipscomb’s on-campus radio station.