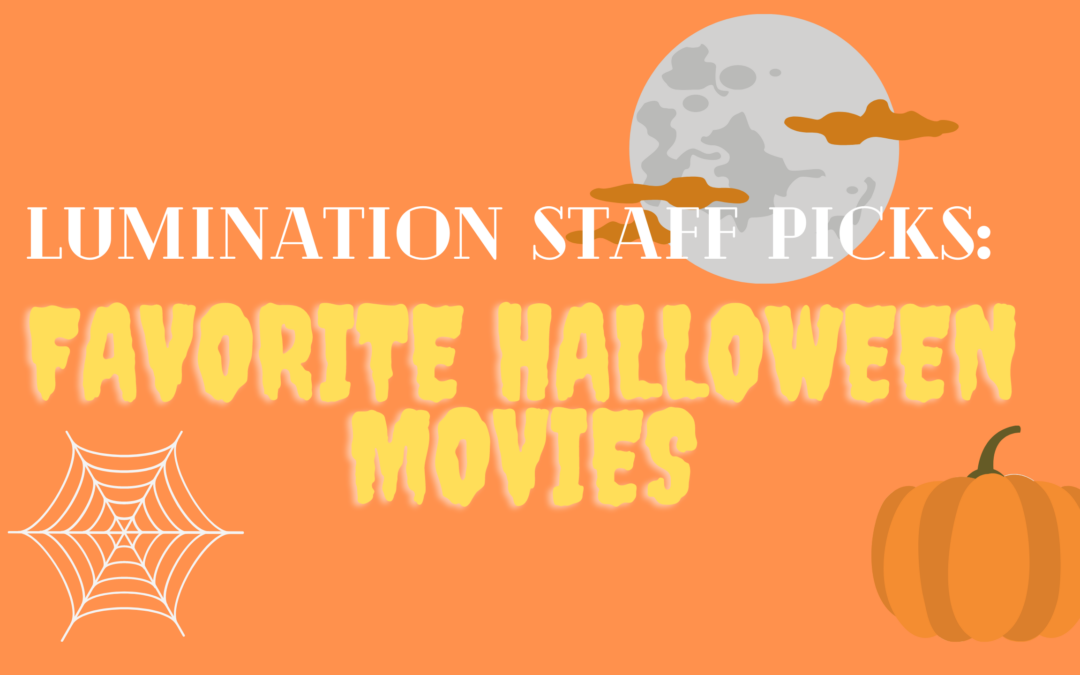 Camryn’s Choice: “Over the Garden Wall”

Although “Over the Garden Wall” is technically a mini-series, it serves best as a movie watched all in one sitting. Since it only has 10 episodes, each only 10 minutes long, it is a quick and engaging tale that embraces all things spooky. The Cartoon Network show follows Greg and Wirt, two brothers on a journey to get home through creepy forests and talking pumpkins filled with humor and mystery. It’s the perfect Halloween watch for all ages.

“Practical Magic” has been a part of my annual Halloween ritual since I was a kid. The film, starring Sandra Bullock and Nicole Kidman, manages to combine 90s rom-com antics with horror themes.

The film ultimately puts an ethereal twist on grief, sisterhood and love. It seriously acknowledges heavy topics while embracing the beauty that can be found in dark times.

I really wanted to pick a horror movie for this list, but the more I thought about it, I realized that the movie I am the most scared of is “E.T.” I wouldn’t say that “E.T.” is necessarily a scary movie, but it is creepy and unsettling enough to make a great choice to watch around Halloween. The idea of an unidentified living creature hiding in my childhood stuffed animals is a fear I may never get over, but this classic movie introduced us to a young Drew Barrymore and the magic of Reese’s Pieces, so it’s probably a keeper.

If you do have younger family members, perhaps reconsider showing them this movie. They do not need to worry about a creepy alien dying in a containment facility in their front yard. That visual still haunts me enough that even this Halloween, I will likely opt to watch a scary movie that is more fun, like “Saw” or “The Thing”. Despite its family-friendly reputation,  “E.T. the Extra-Terrestrial” is plenty frightening for your spooky viewing pleasure.