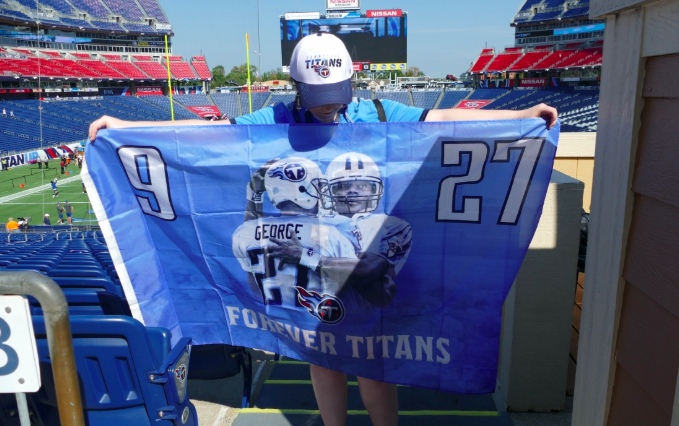 The Titans 2019-2020 campaign has been a successful one up to this point, but this has not been without unexpected changes with its starters on the field.

Lipscomb Students and Titans fans Juan Oliva and Caleb Williams gave their opinion on the team’s performance thus far, the changes made by the team and the Titans chances of winning.

The biggest change the Titans made happened in week six of the season when the Titans went on the road to play the Denver Broncos. Titans coach Mike Vrabel decided to pull starting quarterback Marcus Mariota from the game to start the second half after losing 6-0 up to that point. QB Ryan Tannehill replaced Mariota, and while he didn’t lead the Titans to a come from behind win against the Broncos; Tannehill played well enough that the Titans coaches decided to name him the new starting quarterback for the next game.

“While I did think benching him (Mariota) and mixing things up was a good idea, I did think it kind of blew our chance at a postseason,” Williams said.

The Titans had 2-4 record at the time of the switch and had lost their last two games. However, the Titans quarterback change sparked a turning point in the season, the team went on to win a wildcard spot for the NFL playoffs this year.

Since naming Tannehill, the starter, the Titans have won eight of their last 11 games.

Henry and Tannehill’s sparks in the offense helped the Titans take down Tom Brady’s New England Patriots in the first round of the NFL Playoffs last week.

Williams had just made it back on campus the night of the Titans playoff game against the Patriots and got to watch the Titans win their first playoff game in two years.

“I was ecstatic. We were jumping and yelling in celebration.” Williams said.

“Tannehill and Henry have made a great combo, which has proven very effective in recent weeks,” Oliva said.

The Titans will look to extend their playoff run when the team travels to Baltimore Saturday night to play the Ravens in a ‘win-or-go-home’ game. The Ravens ended the season with the NFL’s best record and are led by their starting quarterback Lamar Jackson. Many sports journalists expect Jackson to win the NFL MVP when it is announced at the NFL Honors this year.

“I think at the very least they’ll be very competitive and if they’re on top of their game, I think they have a genuine shot,” Williams said.