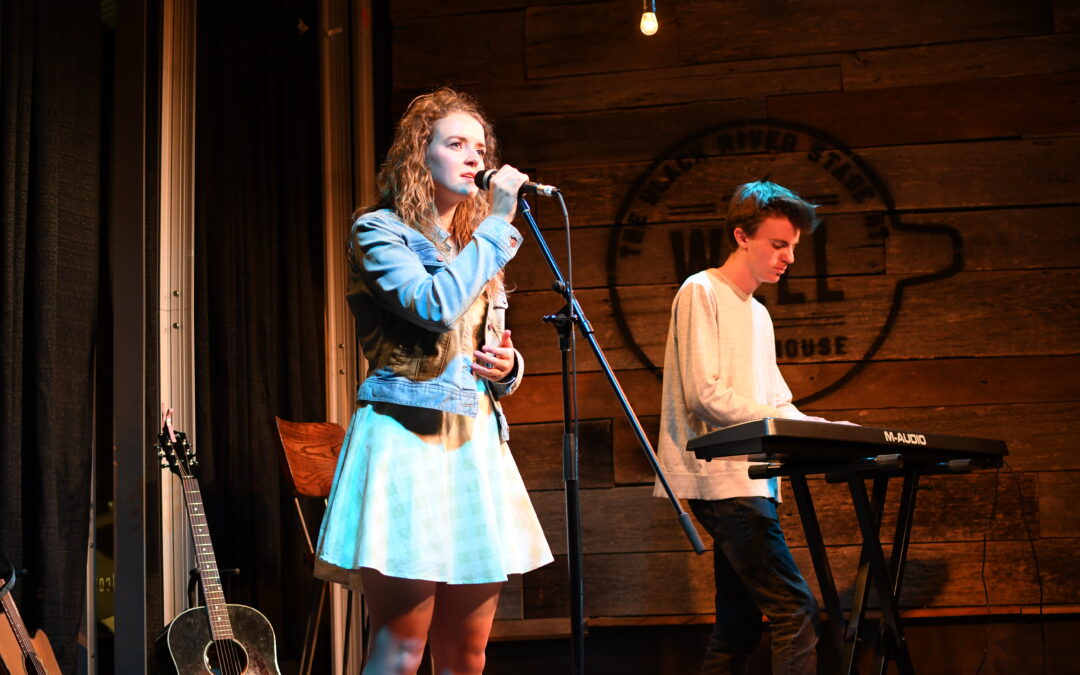 She may not have the accent, but that doesn’t mean she ain’t country. Sydney Brown, a commercial music major from Parker, Colorado, took to the Black River Stage at The Well to perform 12 original songs.

“I have a lot of country influence in my writing,” Brown said, explaining the inspiration. “That’s what I grew up with, and that’s what I love.

“I don’t have the Southern accent, of course. So it doesn’t always sound the most country at first. But that’s definitely a major influence.”

Brown’s musical tales of young love, heartbreak, and growing up quickly commanded the attention of the crowd.

This was especially true during her performances of “I Got You” a story about love, “Vienna” which shared her hope to see the world, and “Walking Through a Memory,” which is one of Brown’s favorites.

“It’s about going back to your hometown, like, after you’ve graduated and left and moved on, and just go into the same places that used to be, like, your stomping grounds and it just doesn’t feel quite the same,” Brown said. “Like, it’s still that special place, but you don’t quite fit in there anymore. It is one of my favorites I’ve ever written.”

Jay Meng, a student who attended the event, said she was pleasantly surprised by Brown’s performance.

“It was very sweet and calming to hear her voice,” Meng said. “All of her songs were so soothing, but I especially loved the one about her hometown.”

For Brown, who has been singing all her life, it was clear what she would pursue when she made her way to Lipscomb.

“I feel like a lot of kids have like either the dream of being a singer or being like a football player or something and, like, those are just kind of the things and I just never really outgrew it, like, I started exploring other things, but I kept coming back to music so I started playing guitar,” Brown said. She said she’s been writing and singing her music since she learned to play guitar back in high school.

“To me it’s, it’s an escape,” Brown said. “It’s also healing and a way to better express to people like my story and also messages that can possibly help other people.”