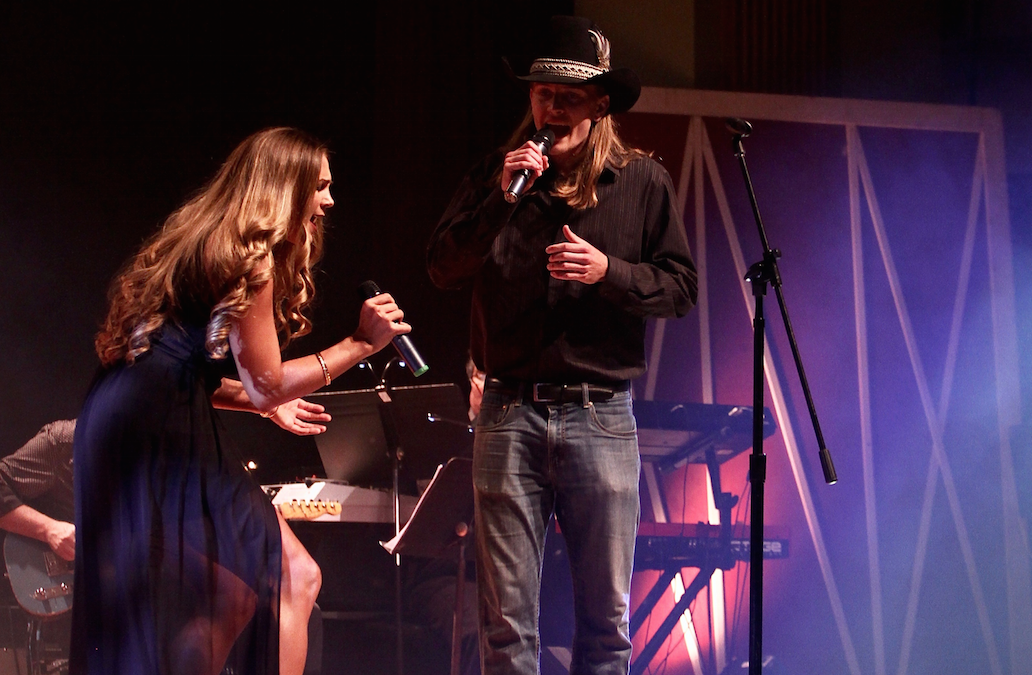 The night began by recognizing and praying for the victims and family members affected by the Las Vegas shooting at the country music festival last weekend.

The show featured the men of Tau Phi and the women of Lipscomb singing country music hits varying from Charlie Daniels’ “Devil Went Down to Georgia” to Thomas Rhett’s “Playing with Fire.” The money the club raised through ticket sales went to its philanthropy, Room in the Inn.

“It has been a stressful few months but seeing the show go off without a hitch made it all worth it,” Taylor said.

“It was a tough song to pull off, and I couldn’t have done it with out my assistant directors, Amy Hurd and Jonathon Flatt,” Taylor said. “Having that song run smoothly with so many moving parts was a great feeling.”

Austin and Colin, most recognizable from their viral videos “Welcome to Nashville” and “We Want to Be on the Jimmy Fallon Show,” hosted the show, filling the night with sarcastic humor and “dad jokes.” The duo sang the first song, “Something I’m Good At,” to kick off the night. The rest of the singing acts were a mixture of group numbers, duets and solos with the men of Tau Phi and Lipscomb women who had auditioned to help out with the show.

Georgia native Ben Warren’s rendition of “Devil Went Down to Georgia” in the first act highlighted fiddle player Wanda Vick and left the audience applauding and whistling as the song came to a close.

A group of the Tau Phi men did a tribute to the late Glen Campbell with the song “Rhinestone Cowboy.” At the end of the song, the four men tipped their hats to the audience and to the late Campbell.

Ending the show as Tau Phi always does, the club invited club alumni and current members of Tau Phi to the stage to join together to sing George Strait’s “Cowboys Like Us.”

Tyler Dove, club president and senior Tau Phi member, said he tried “to savor every moment” for his last Cowboy Show, noting that this is one of Tau Phi’s oldest traditions.

“It’s so encouraging to see our alumni return to their alma mater to see our show every year,” Dove said. “This brotherhood that spans 50 years and multiple generations embodies what Tau Phi means to me.”

Taylor added that he feels the Tau Phi Cowboy Show and Tau Phi itself go hand-in-hand.

“Neither one would exist without the other,” Taylor said. “Both of them show me that I can always count on my brothers to be there for me. I knew my boys would show up and give it all they had. I could not be more proud of them, and there’s not another group of guys I would have rather done this with.” 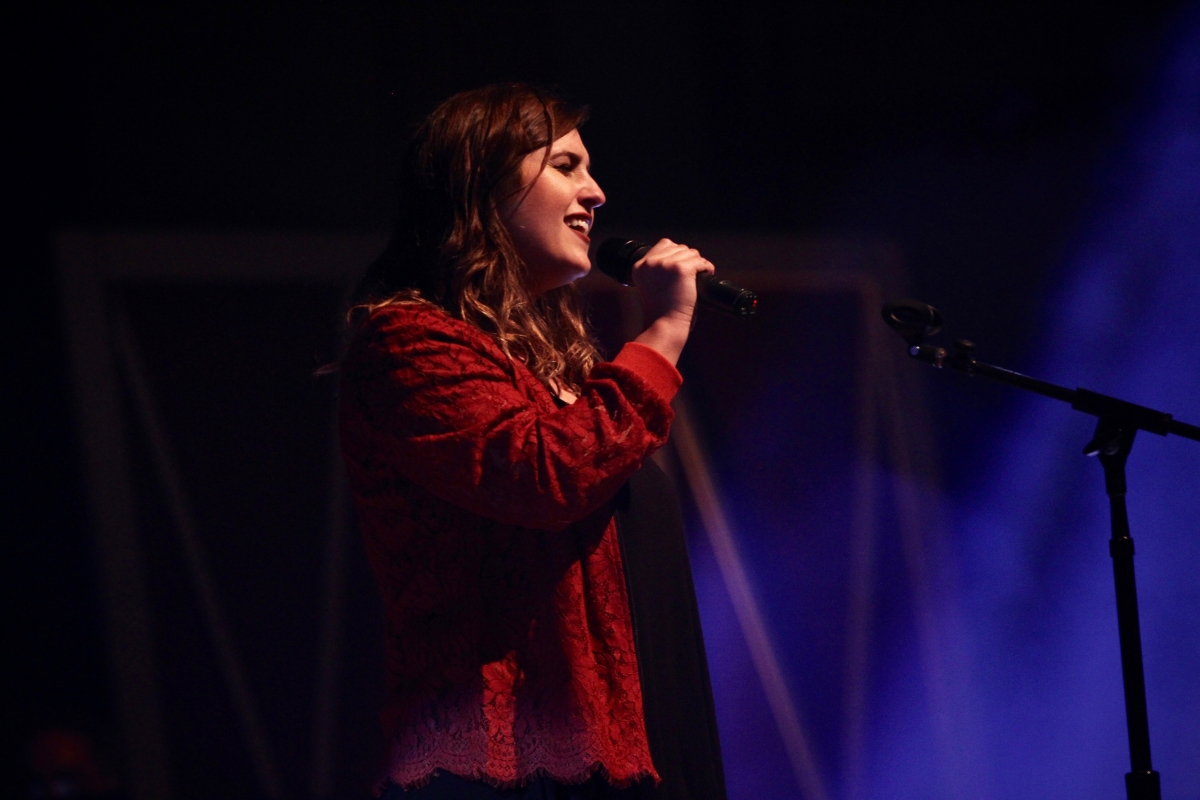 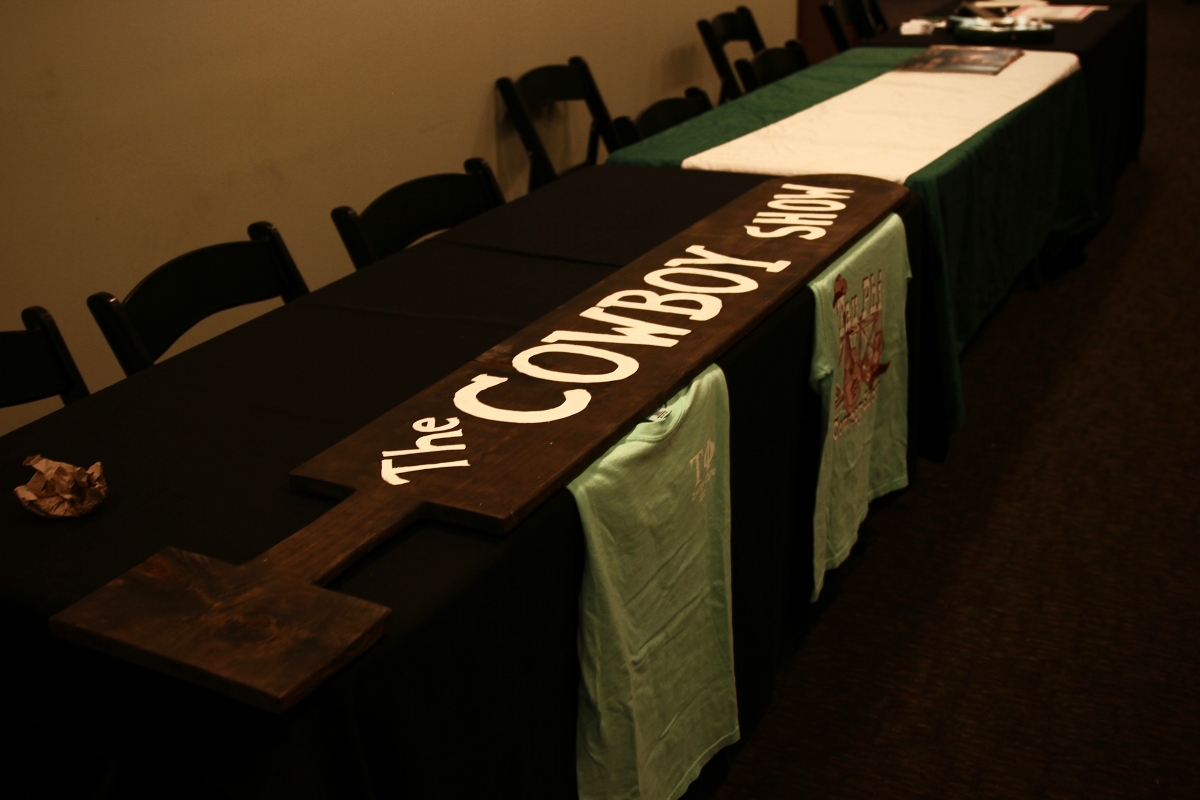 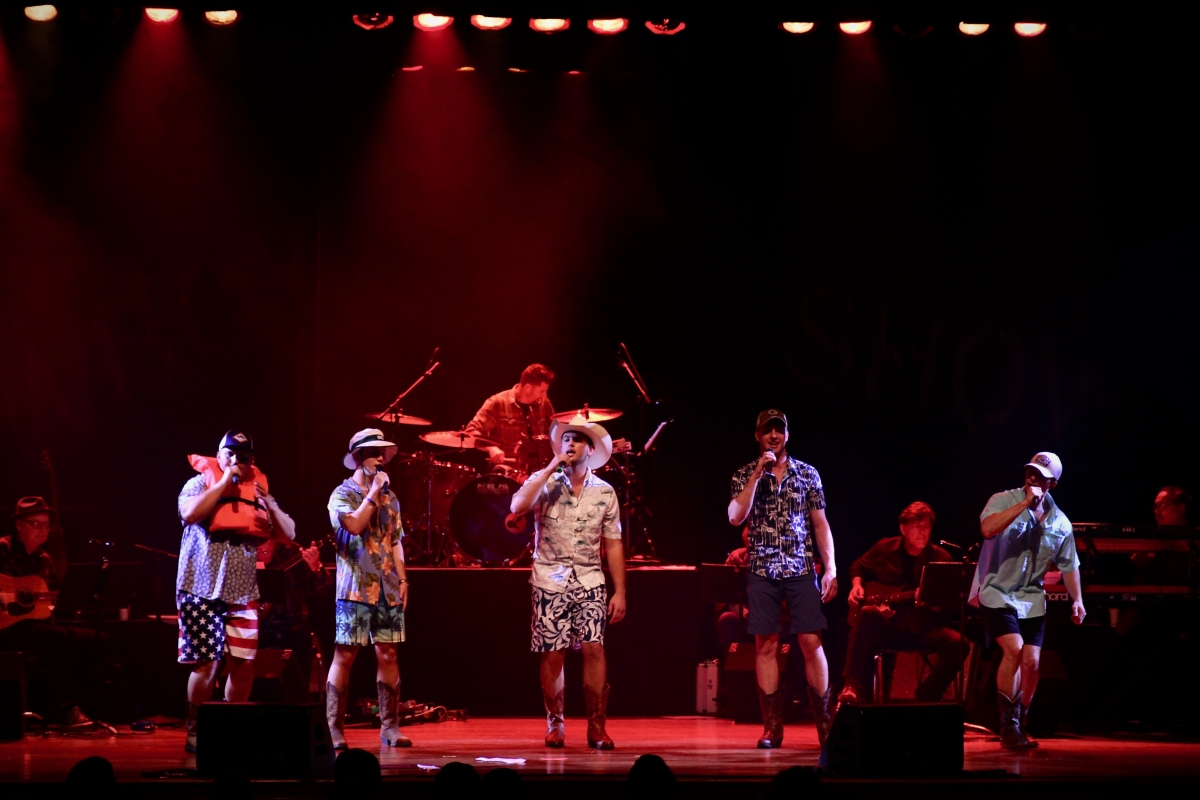 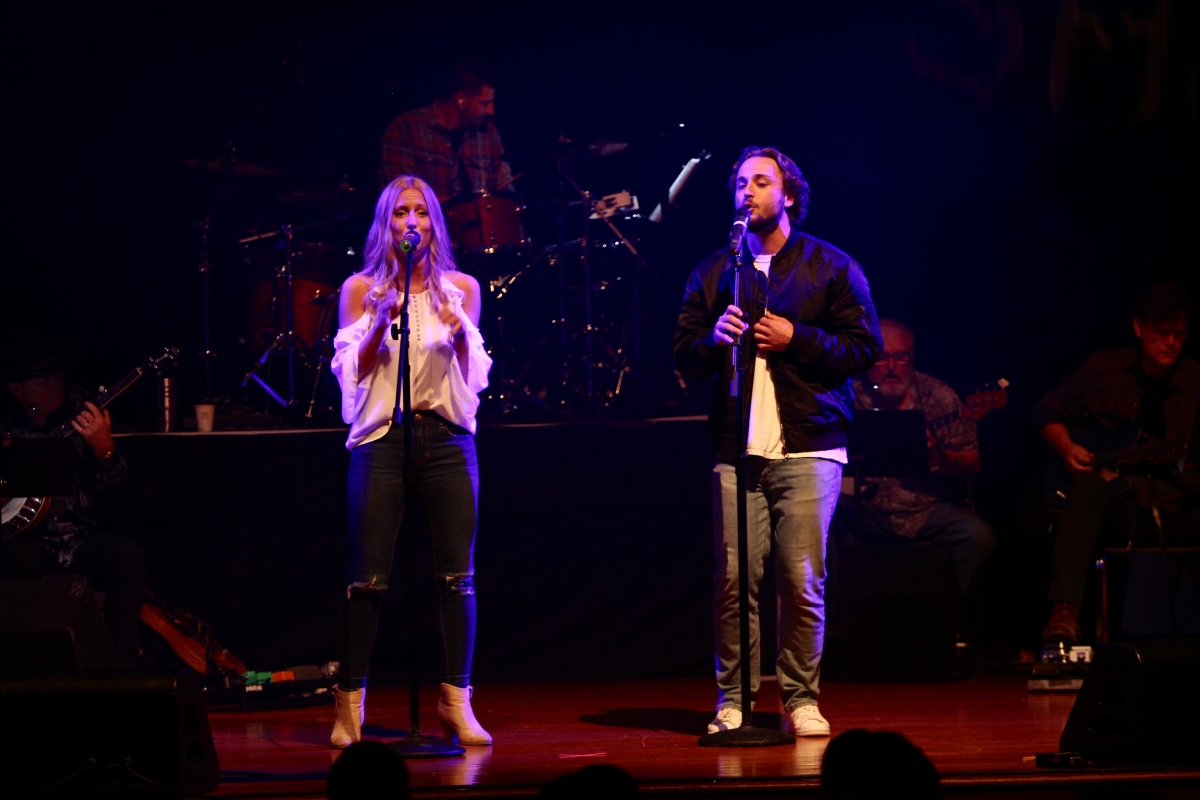 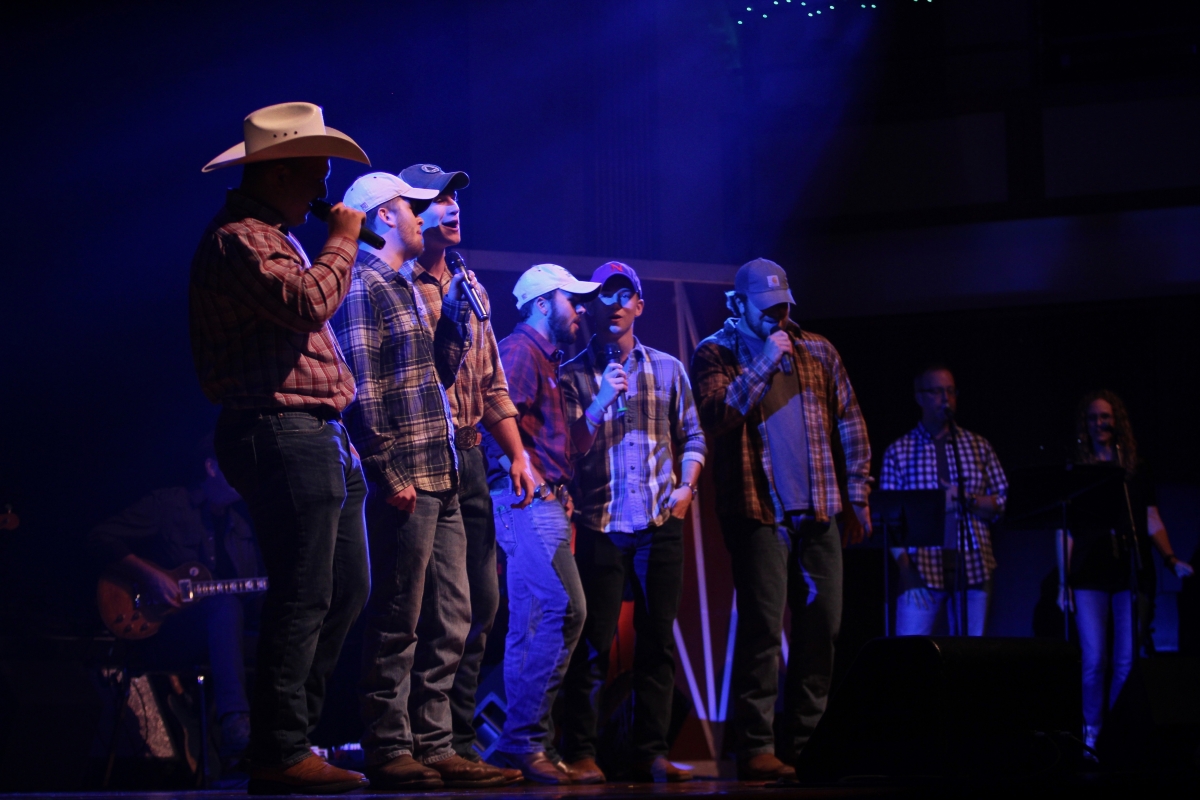