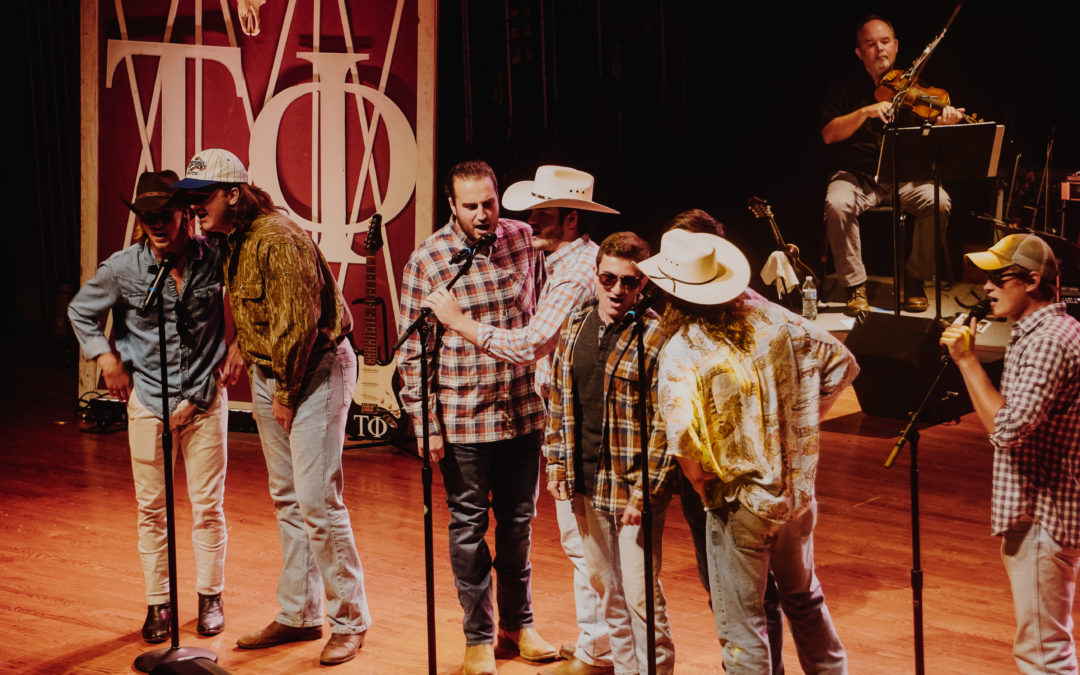 Tau Phi’s Cowboy Show, which has roots going back 45 years when it began with skits in the Square, this year will celebrate and aid veterans with proceeds from Saturday’s performance.

This tradition has been around since 1974, as part of traditional Bison Day activities, but the skits in the Square became so popular it became an annual, staged celebration.

All the proceeds will go toward charities such as Room in the Inn homeless agency and Wreaths Across America, for which Tau Phi members for the first time will lay wreaths on veterans’ graves Dec. 14 at the Nashville National Cemetery on Gallatin Road in Madison.

Hunter Taylor hosted this year’s show, keeping the audience engaged and laughing in-between each song. The show blended older alumni members with pledges from the incoming class and included an all-family song, a brother-sister duo, and even an original song by Taylor Hogan.

“The Cowboy Show is a great display of what it means to be a Southern gentleman, which is a much-respected role in the Lipscomb community,” said Sarah Stewart, a junior who enjoyed the festivities.

“The Cowboy Show is so fun, and a great way to get those involved in supporting a noble cause while still highlighting  a fellow social club,” said junior Maddie Martin.

The music was led by Pat Flynn, who has done it for 22 years. He is a Grammy award-winning musician and one of the three honorary members of the Tau Phi social club.

“The Cowboy Show is something I look forward to every year. It’s a great way to bring students together,” said Jordan Bullard.