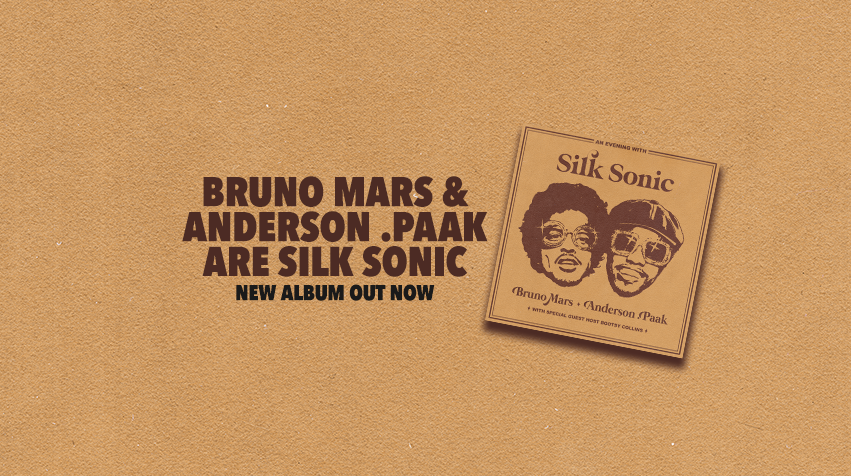 With the way I grew up, the influence that R&B music was prominent. Whether it was car rides or cleaning the house the genre would be the soundtrack to a lot of the formative moments of my life. My parents would play the likes of Stevie Wonder,  Al Green and many others that flooded the speakers with soul and vibes. It’s now the genre I gravitate towards and there is no shortage of artists today that have strived to create those similar songs and sounds that carry the genre forward.

One example of this is the dynamic due of Bruno Mars and Anderson.Paak, who formed the group Silk Sonic. These two artists have created that nostalgic sound that many have fallen in love with. The smooth instrumentation and lyrics have brought back the sonance that artists of previous generations of music have laid the foundation for. They’ve added their own unique style and voice to it, which has brought R&B music back to the forefront of what people listen to today.

The two feed off of each other in the music and it has been a seamless fit for the two to create together. They met back in 2016 when Anderson joined Mars on the European leg of the latter’s 24k Magic World Tour. After hanging and doing a bit of creating they would go on to record as a group. They haven’t looked back and the music they have created has been phenomenal.

Their new album, An Evening with Silk Sonic, was released on November 12th and I have to say it may be one of my favorite albums to drop this year. The nine-song album is full of lush harmonies and supporting instrumentation that can do nothing but put a smile on your face. From the narration, the song sequencing and much more, there are many aspects of this album that make it feel so complete and full.

When listening from beginning to end you can enter into a true evening with Silk Sonic. It feels like you’re in a concert while listening, and the visuals that they can orchestrate in your own head while listening is one of my favorite parts of listening to it.

With so many different aspects of the album that I love I wanted to highlight two of my favorite parts and moments that make this project so special. These different pieces felt intentional, and I wanted to talk about the things that stuck out to me the most.

The Narration of Bootsy Collins

It was only fitting that the icon and R&B legend, Bootsy Collins, was to narrate the listener through the album. For those that are unaware of the magnitude of this occurring, you have to look into how much of an influence Collins has had on the music scene. He’s a legend, who has been an important figure in a lot of the careers of top names in music. From James Brown to even Snoop Dogg, he has been there as a songwriter and A&R for some of the most important tracks and artists.

In an interview on Apple Music with Ebro Darden, Bruno Mars explained that Bootsy Collins was the guy that gave the duo the name Silk Sonic. He was a powerful presence in the creation of this album and group, and it was only right that he narrated the album. He intros the album and other songs with his smooth voice that reminds you of a radio personality. He gives some breakdowns and can create a visual scene in your head of where the duo will take you with the music soon after. This was a part of the album that added to the essence of the vibe created, and I thoroughly enjoyed it.

The Essence and Vibe of the Music

Both Anderson.Paak and Bruno Mars blend their vocals together beautifully to create this aura and essence around the music. You can tell while listening that every note sung and pocket created with the instruments that everything was intentional. In the interview with Darden, Anderson explains how Mars challenged him on a lot of those notes that he was hitting while singing. Though Paak had done some singing in the past with some of his solo projects, his abilities had to be perfected in order to keep up with the vocal abilities of his partner Bruno Mars.

Bruno also explained how Paak’s background in making music and creating the harmonies and melodies was something that he learned to work on as well. Both of them came together and used their strengths perfectly to create this album. Both pushed each other to get better at the other’s strengths and they were able to meet in the middle to create some amazing artistry.

The nostalgic feeling that they created was the most impactful part. You can feel this in every facet of the artistry. The music and the supporting videos took you into a time machine back to when this style of music was the norm and the most popular. This was impressive and it gave the ability for different listeners among a vast number of age groups to listen to and enjoy. Not only could my parents vibe out in the kitchen while the album is shuffling, but so could my and my brother. They found a lane that no one was in and needed to be filled and did it perfectly.

I must say I am really impressed but this album and highly recommend everyone take a listen to it. These two artists created a cohesive and amazing piece of art that will be around for a long time. The nostalgia this album gives off will make it hard for people to not tap into this album for years to come. I’m looking toward to seeing if Silk Sonic has an encore for us in the future!