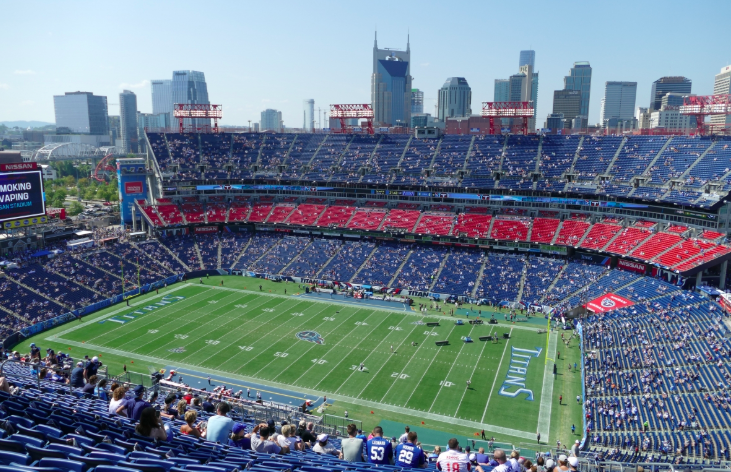 The Tennessee Titans are one win away from advancing to the Super Bowl.

The Titans defeated the Baltimore Ravens in Baltimore Saturday night 28-12. Turnovers, unsuccessful fourth-down conversions, and Derrick Henry proved to be too much for the No. 1 seed Ravens to overcome.

The Ravens led the NFL this season in scoring by averaging 33.2 PPG, but the Titans defense stopped Baltimore from even scoring a touchdown until the fourth quarter. On the Raven’s first offensive drive Baltimore drove down the field 44-yards before quarterback Lamar Jackson threw an interception that was tipped into the hands of Titans safety Kevin Byard.

Once the Titans had the momentum from the turnover, they marched down the field and scored a touchdown thanks to a one-handed catch by tight-end, Jonnu Smith.

On the Ravens second drive, Baltimore lost even more momentum when they were unsuccessful in converting a fourth-and-one after Jackson was tackled before he could even gain a yard, giving the ball back to the Titans. The Titans answered immediately when QB Ryan Tannehill threw a 45-yard touchdown pass on the very first play of the drive.

The Ravens first two offensive drives proved to be how most of the rest of the game would go for Baltimore’s offense. Baltimore ended the night committing three total turnovers and unable to convert any fourth-down conversions going 0-4.

Titans running back Derrick Henry dominated the second half; On the Titans very first drive of the second half, Henry ran for 66-yards on one play before he ended the drive by lining up at the QB position and throwing a 3-yard touchdown pass.

It was the first time a running back threw a touchdown pass in a postseason game since 1987 when Minnesota Viking’s Allen Rice did it. Henry ended the game with 195 rushing yards on 30 carries.

The Titans advance to the AFC Championship game with the win. Tennessee will travel to and play either the Kansas City Chiefs or the Houston Texans, depending on how Sunday’s game between the two plays out.

The Titans have already defeated both the Chiefs and the Texans this year during the regular season. If the Titans can win next week, they will advance and play in this year’s Super Bowl.