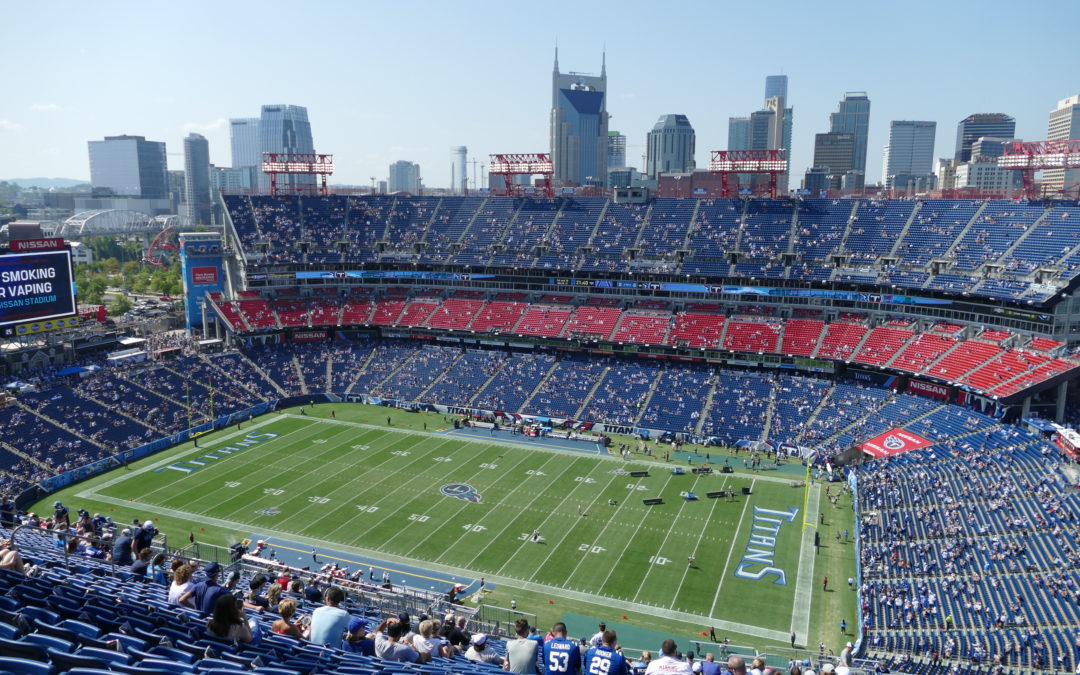 The Tennessee Titans celebrated their home opener against the Indianapolis Colts with a pregame tailgate, and a jersey retirement ceremony for former players Steve McNair and Eddie George, at Nissan Stadium this Sunday

The Titans had several pregame activities outside the stadium before the game including games for kids, free face painting, music, and a zipline. During the on-field pregame ceremony, one of the pyrotechnic machines caught on fire. Workers at Nissan Stadium had to grab a fire extinguisher to calm the blaze.

The Titans held a ceremony at halftime to retire the jersey numbers of former players Eddie George and Steve McNair. McNair and George were teammates on the Titans for several years, including when they led the Titans to an appearance in Super Bowl XXXIV. During the ceremony, Eddie George spoke along with McNair’s brother. Steve McNair was murdered in 2009, so several of his family members were there to honor him. While the ceremony was going on an artist painted the two most-iconic Titans. The Titans also gave away free flags to fans to celebrate the jersey number retirement of McNair and George.

Unfortunately for Titans fans, their team came up two points short of beating the Colts. Tennessee lost to Indianapolis, 19-17 in their home opener.