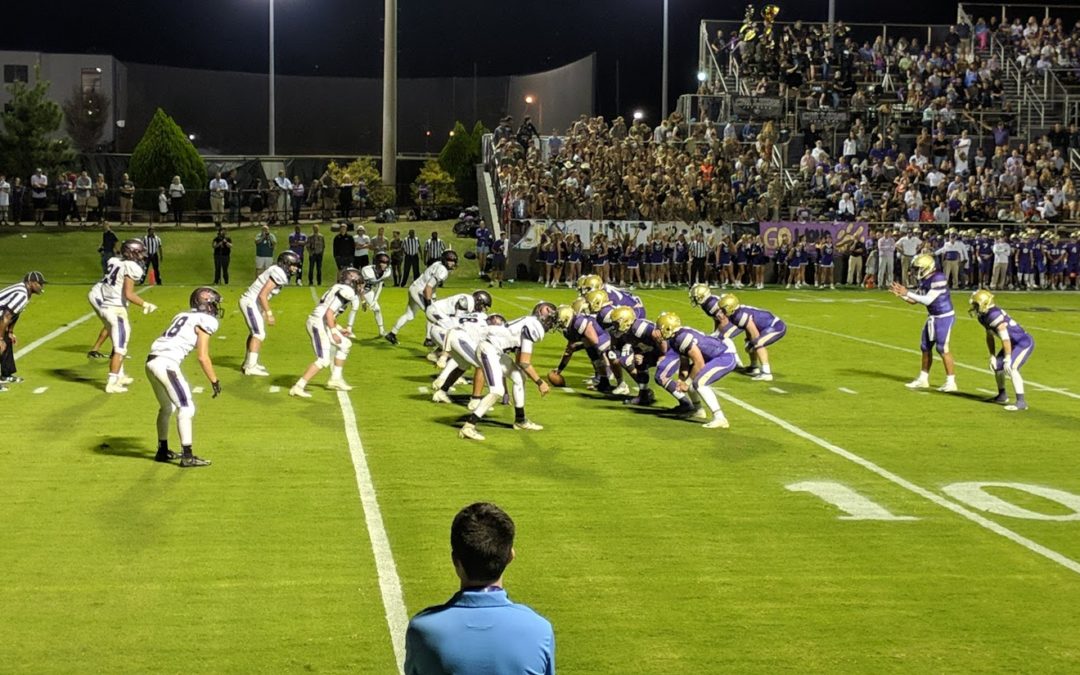 The Lipscomb Academy Mustangs football team traveled to CPA to take on the Lions Friday night.

But the game fell out of the Mustang’s favor when CPA then drove 78 yards down the field, ending with a 13-yard touchdown run by junior running back Tyler Reid with four minutes and 50 seconds remaining in the first quarter.

After penalties killed Lipscomb’s next drive, junior punter Tate Taylor booted the ball all the way down to CPA’s 3, a 50-yard punt. The Mustangs defense held the Lions to a three and out, in which Lipscomb received the ball at CPA’s 47-yard line.

In their only touchdown drive of the game, Luther Richesson went 3/3 for 36 yards, leading to a one-yard touchdown run by sophomore running back Jaden Lyles with seven minutes and 48 seconds left in the second quarter. Lyles ended the game with 10 carries, 26 yards, and one touchdown.

CPA then spent all but 54 seconds of the rest of the half to lead a 13 play, 74-yard drive. Lions sophomore quarterback, Cade Law finished the drive with a five-yard touchdown run, making the score 14-7 at the half.

Lipscomb quarterback, Luther Richesson ended the game completing 22 of his 38 passes for 268 yards. However, he ended with no touchdowns and four interceptions. Senior wide receiver Kyle McNamara was targeted the most, catching ten passes for 172 yards.

CPA rushed for 274 yards, ten yards short of Lipscomb Academy’s total yardage. Quarterback Cade Law completed 4 out of 7 passes for 54 yards, yet rushed for 65 yards and two touchdowns. Running back Tyler Reid finished with 126 yards and a touchdown.