Volleyball blanks Bruins in one-sided Battle of the Boulevard 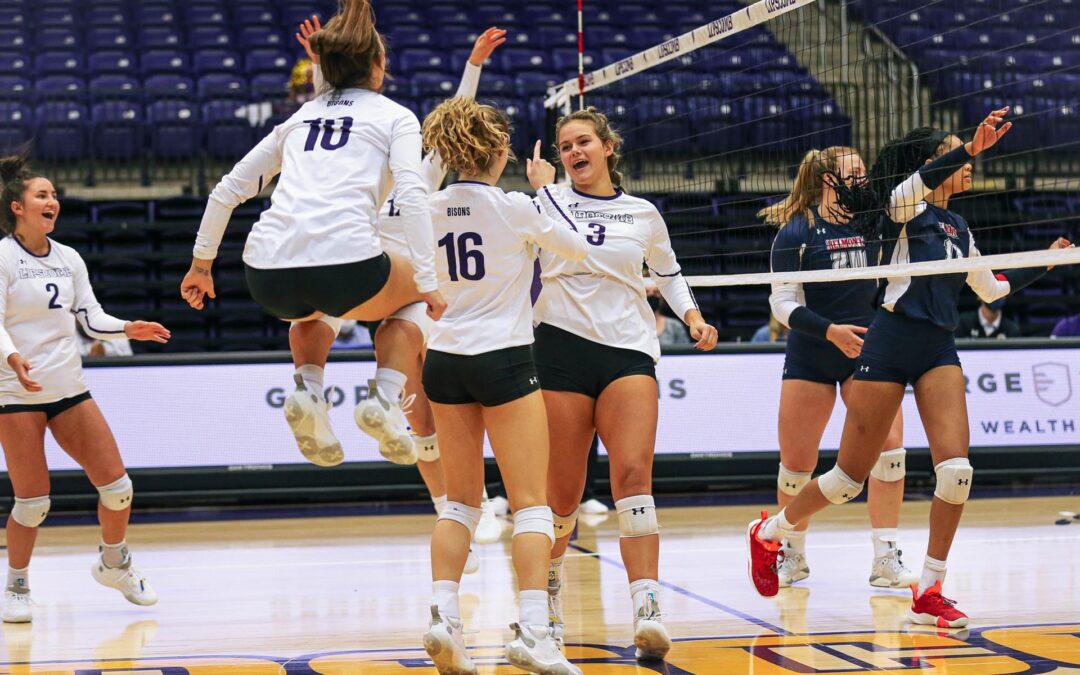 The Lipscomb women’s volleyball team swept archrivals Belmont by a 3-0 score on Tuesday at Allen Arena.

In the latest volleyball edition of the Battle of the Boulevard, the nickname for the rivalry between Lipscomb and Belmont athletics that has been contested since 1953, the Bisons took down the Bruins for the eighth consecutive time, tied with women’s tennis for the longest active winning streak for either side in any sport.

For the second straight match, the clear offensive focal point was sophomore hitter Kam Bacus. An Edmond, Oklahoma native, Bacus accrued 17 kills to lead the Bisons on the night. Joining her with double digits in the kill category was fellow sophomore Meg Mersman, who contributed 10 of her own.

Freshman Anna Aubele continued her impressive fledgling season with the Bisons, putting up six kills and a dig. Leading the team in digs were senior libero Delaney Smith with 11 and senior defensive specialist Logan Gish.

Sophomore setter Delaney Dilfer continued to light up the scoreboard in the assist category as she has done since she first arrived in Nashville, putting up 34 assists and reaching the 30-assist mark for the seventh time in eight matches thus far. The Austin, Texas-born All-South Region and All-ASUN Freshman of the Year also landed two kills against the Bruins and five digs.

With the win, Lipscomb advances to 2-6 on the year in one of their strongest-ever non-conference slates. Belmont drops to 2-5 after yet another loss to Lipscomb.

The Bisons go back on the road for their final tournament weekend when they face St. John’s on Friday and Ohio on Saturday in the WKU Invitational in Bowling Green, Kentucky. Having already played hosts Western Kentucky in the LUV Invitational at Allen Arena, Lipscomb will only play the other two visiting schools before heading home to start the ASUN Conference slate on September 24.