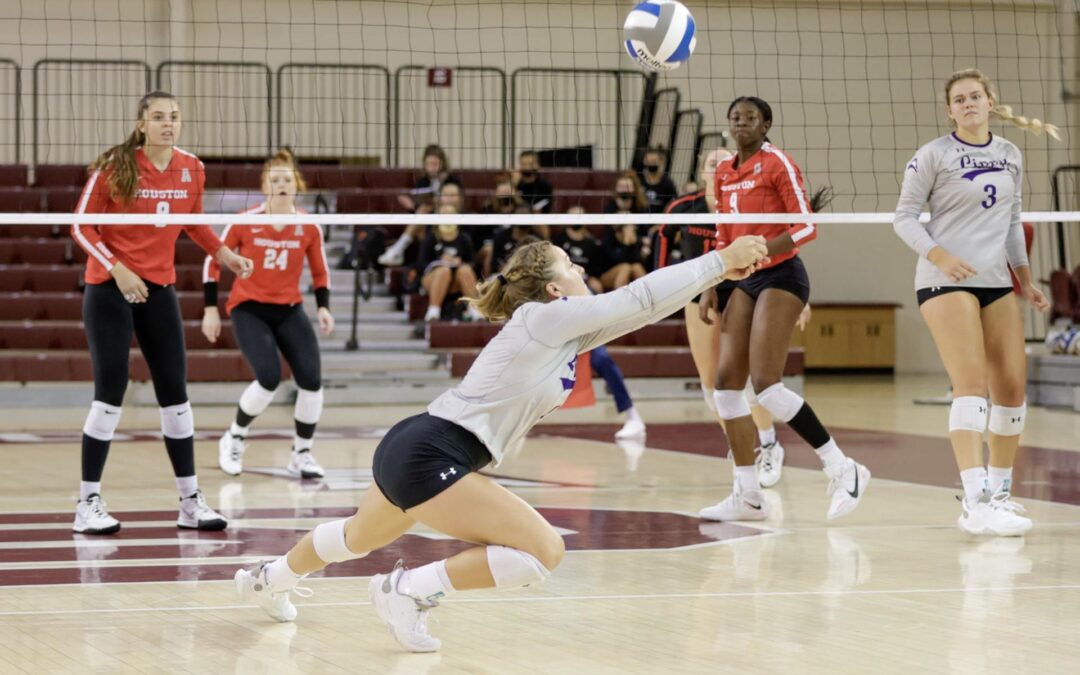 The Lipscomb women’s volleyball team opened up the regular season with a 2-3 loss against Houston at the Oklahoma Invitational in Norman, Oklahoma on Friday. The first matchup of the two-game weekend pitted the Bisons against the American Athletic Conference’s number two ranked team in the preseason poll. Lipscomb entered the game behind 0-2 in the all-time series.

In set one, Lipscomb put up an 8-point run to take the 25-23 win with a close battle all the way to the final point.

Set two was a back-and-forth battle between the Bisons and the Cougars with a 25-22 final set score. The Bisons were able to put together two 4-point runs en route to the set win.

The third set was a bit of a challenge, as the Cougars put up four in a row to take a 5-point lead in the set. Lipscomb was able to close the gap to 22-25 in the set loss.

The fourth set was closed out in magnificent fashion, as Lipscomb closed a 5-point gap to bring the set within two. Eventually, the set ended in a loss after a late kill by Houston to emerge 25-23 victors.

The fifth set ended 5-15 and included a service ace by Dilfer. The Austin, Texas native accrued three aces on the day after putting up 16 last season.

Next up for both teams is a second matchup in the Oklahoma Invitational. Lipscomb matches up against host school Oklahoma on Saturday at 12 p.m. central, while Houston will play both Oregon State and Oklahoma in a Saturday doubleheader.