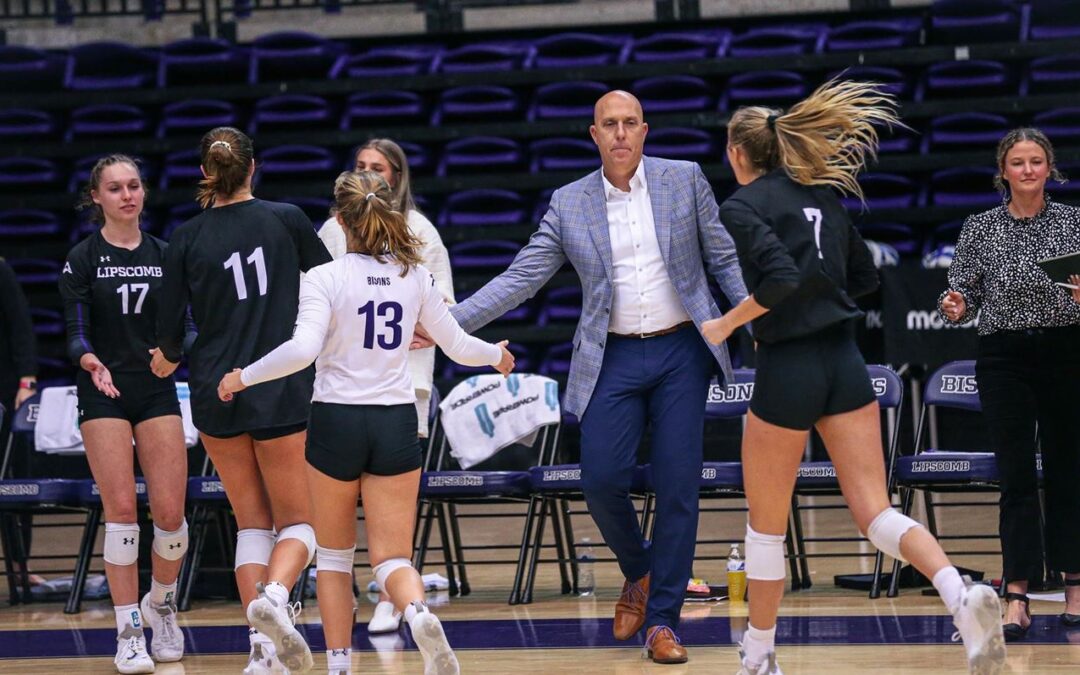 The Lipscomb volleyball team came back from a 2-0 deficit in sets to beat the Jacksonville State Gamecocks 3-2 Sunday afternoon at Allen Arena.

After a 3-0 loss to the Gamecocks away from home, it looked by all accounts that Lipscomb was headed for the same fate at home in the final game of the regular season for both squads.

Behind inspired play from a pair of true freshmen, however, Lipscomb found a way back from an improbable position, winning three straight sets to take the match.

Meanwhile, a familiar face led the charge at the net for Lipscomb. Sophomore outside hitter Kam Bacus led the team in kills with 17 and also contributed two blocks and a dig.

“Obviously, Jacksonville State swept us earlier in the season, and so we just had a little chip on our shoulder,” Bacus said. “Nothing but confidence going into the ASUN Tournament.”

That chip led the Bisons to a big finish in Set 3 just to keep the game alive. After four straight points from the Gamecocks, Lipscomb found themselves against the ropes and even at 21. Two straight attack errors from JSU put the Bisons in better position, and a kill from Pelham sealed the deal for Lipscomb, taking a 25-22 victory and forcing a fourth set.

In the fourth period, the Bisons only trailed twice, but had to respond to yet another furious JSU comeback effort. Up 23-16 on after a kill from Bacus, Jacksonville State called timeout and responded with a 7-0 run to even the scoreline at 23 apiece. A point each way put the set at a 24-24 deadlock, but Bacus put Lipscomb ahead for good with a big kill, and an attack error on the next play meant Lipscomb leveled things at 2 sets each going into a winner-take-all fifth set.

If the first four sets were stressful and tightly contested, the fifth was a breath of fresh air for the Bisons. They raced out to a 4-0 lead and quickly extended the score to 9-2. A short 5-1 run for the Gamecocks was in vain, as Lipscomb took home the 3-2 comeback win on the strength of middle blocker Meg Mersman and senior hitter Logan Gish, who scored the last two points and helped Lipscomb to a 15-8 fifth set score.

“I thought our passing broke down, and we really didn’t have any juice in [set] two,” 19th-year head coach Brandon Rosenthal said. “It was a very calm message: ‘what’s our response? This is on us, it’s not on anybody else.'”

“It was awesome to see in this moment, and especially going into the tournament,” Rosenthal said. “Ultimately, our serve was tremendous, especially in [sets] 3, 4, and 5.”

With the win, Lipscomb improves to 14-12 on the year with an 11-5 ASUN mark, good for second place in the West Division. The Bisons also sweep their Senior Weekend after a 3-0 win against North Alabama.

They now turn their attention to the ASUN Tournament, where they will face off against East 3-seed North Florida in the first round 3 pm Central time Thursday.