Wind Ensemble wows in first concert of the year 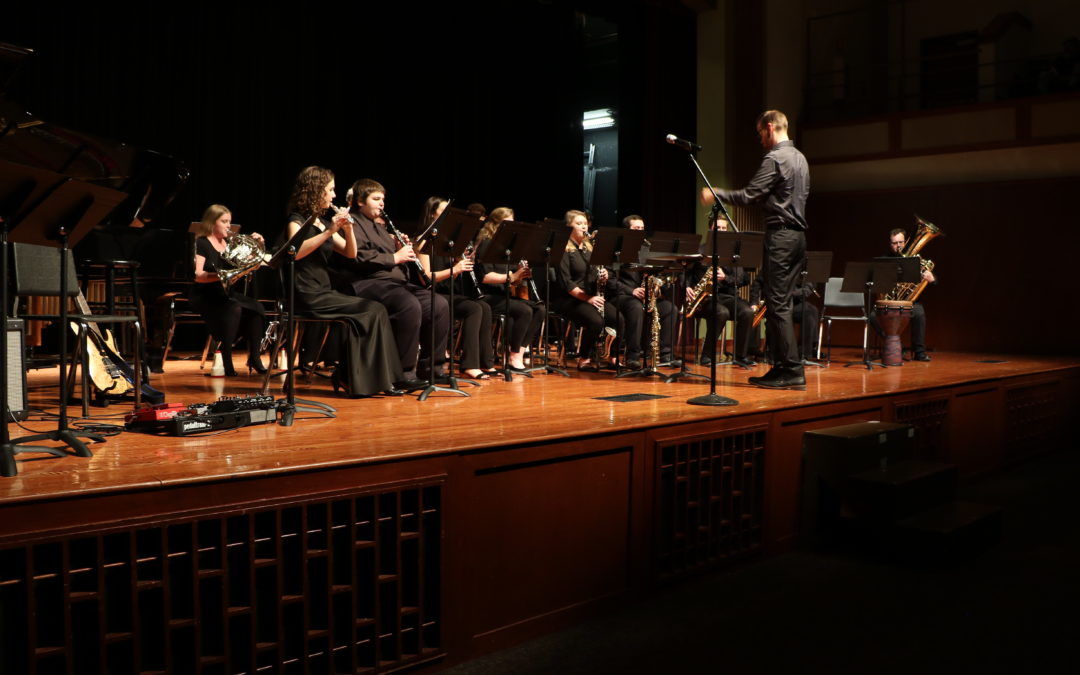 Lipscomb’s school of music hosted its first student concert of the year Monday night, where the University Wind Ensemble performed at Collins Auditorium.

Dr. Benjamen Blasko who was both host and conductor of the event displayed a contagious passion for the music being performed.

Blasko, who recently moved to Nashville from the University of Dubuque in Iowa, is now Lipscomb’s newest director of bands, and instrumental studies.

“This is the first concert directed by Dr. Benjamen Blasko,” junior choral music education major Payton Dishman said. “He’s new, so this is something that none of us know what to expect. It’s all new and exciting, we all can’t wait to hear it.”

The concert began with Awaken Fanfare, which was a dramatic entry that set the tone for the rest of the night.

A Little Three Penny Music I and II would be a Jazz inspired piece that was heartfelt, jubilant and playful.

The Wind Ensemble would then go on to spice up the event with Strange Humors.

“(It) has as a Middle Eastern flare and is quite aggressive,” said Benjamen Blasko after the  engaging performance that utilized drums.

Music students Ben Van Maarth on the guitar and Piper Smith on the electric bass were featured in the concerts final piece “Chaos Theory,” which was be a epic marriage of heavy metal and classical music that left the crowd in a standing ovation.

The band then closed out the night by playing “Amazing Grace,” where the crowd joined in song. Blasko emphasized his want for communion, and unity through music at the beginning. The night finished with food being provided for both the audience, and band after their hard work putting on a fantastic show.

“It’s a very proud moment; they are our peers, and we really care about what they think,” senior Piper Smith said. “We hope we can make them proud with our performance. If people would just come and experience this they would be surprised.”

The next event will be the Faculty & Friends Concert Series next week on Thursday, October 18. It will highlight Christine Kim on the cello and Arunesh Nadgir on the piano.