Women’s basketball beats Stetson, sweeps the Hatters for the first time since 2007 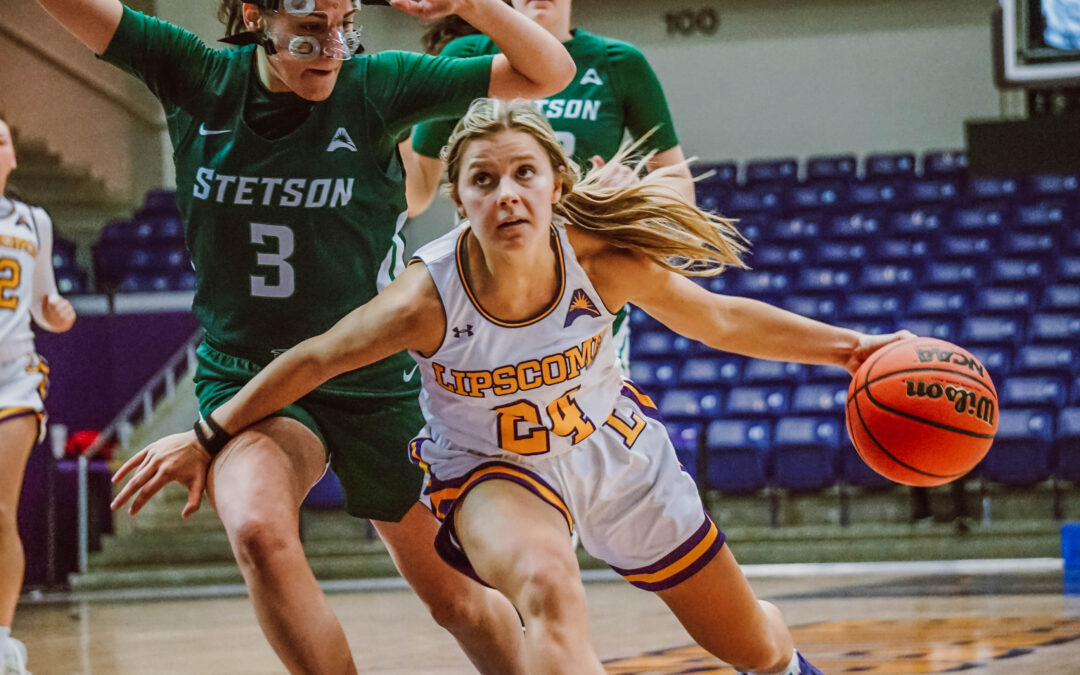 Stetson’s women’s basketball program has historically been a thorn in Lipscomb’s side. The Hatters beat the Lady Bisons 17 straight games from 2011-2019 and had only lost to Lipscomb six times before 2019.

But in Lauren Sumski’s second season as head coach of the Lady Bisons, Lipscomb has completed its second-ever sweep over Stetson after a commanding 66-54 win over the Hatters on Super Bowl Sunday and a close win Saturday afternoon.

Lipscomb is now 7-7 and 4-4 in the ASUN, while Stetson drops to 4-9 and 2-6 in the ASUN. The Hatters have had three players opt-out during the season, including two players who had been combining for over 20 points per game.

Junior guards Yazz Wazeerud-Din and Maria Visone scored 22 and 11 for Stetson, but the Hatters finished 8-of-35 from downtown and just 34 percent overall on field goals.

Lipscomb started the game without scoring for over six minutes and was down 13-0 before going on an 11-0 run in the final 3:48 of the first quarter.

Both teams stayed pretty even to start the second quarter and even traded leads. Stetson was up 25-24 with 3:54 left in the second, but that would be the last lead the Hatters would have for the rest of the game. Peete knocked down a triple, and Lipscomb ended the first half on a 16-0 run.

Lipscomb held a 51-31 advantage with 5:48 to go in the third quarter after a three-pointer from junior guard Jane Deason. The Lady Bisons’ lead never went below 12 in the second half.

Deason and redshirt junior Sydney Shelton had impressive outings for Lipscomb, with both guards dialing in 12 points. Senior forward Taylor Clark had 10.

Junior forward Kailey Rosenbaum continued to grow as a player, as she led the Lady Bisons with six rebounds, which included corralling in three offensive boards on three consecutive possessions in the second half.

Lipscomb is supposed to host Jacksonville next weekend, although that schedule could be changed by the ASUN.