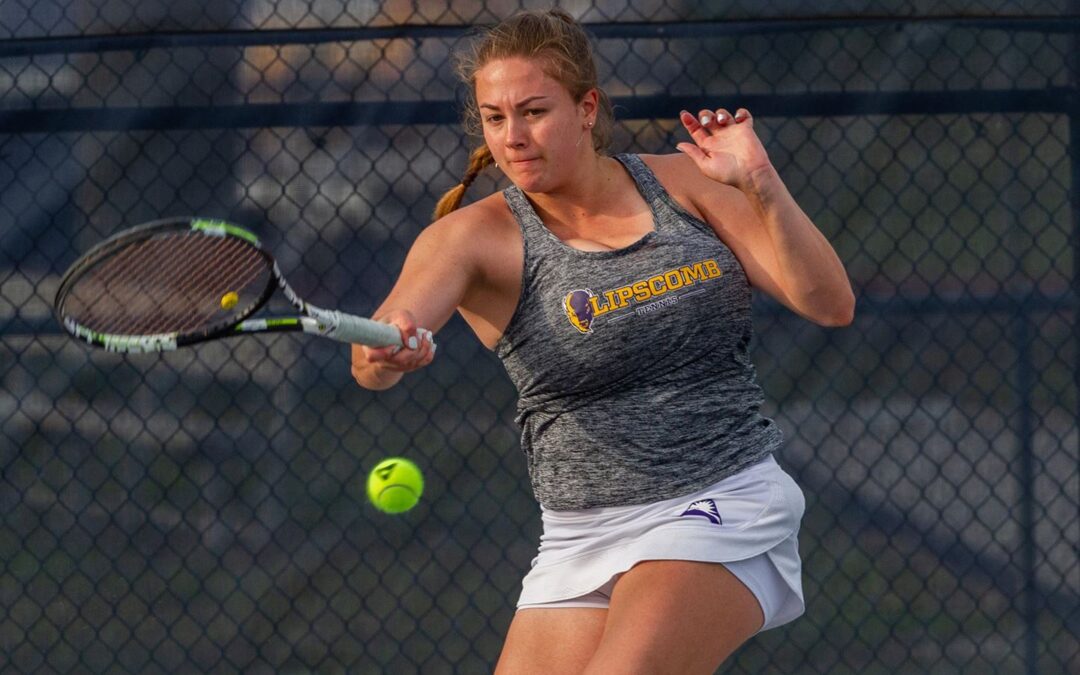 With top-ranked senior Kate Popova utilizing her extra year of eligibility, a few new faces, and a renewed energy, Lipscomb’s women’s tennis team is set to grind out a tough fall season.

“We have two new girls and we have only just gotten started, so they are still getting acclimated with everything.” said senior Maddox Bandy, who hopes the team is able to improve on last spring’s 10-9 record.

“A big thing on our team is energy, so [newcomers] are having to adjust going from junior tennis to college tennis and learning how big of an impact energy can have on our practices and on each other,” she said.

The team’s number one player, Popova decided to come back for her COVID year, meaning she took advantage of an NCAA rule that allowed athletes hurt by virus cancellations to come back for an extra season.

“I want it to be fun,” said Popova of her goals for the season. “I feel like the last two years with COVID …we were restricted to do a lot of stuff.”

“I know it’s not gonna be full blown normal, but I want it to be something like it was my freshman and sophomore year.” said Popova.

Tennis is a spring sport and its conference and national championships are held in April, but the season officially starts in the fall. This year, the team will only play four tournaments before Christmas, but despite the lesser workload, the fall becomes more of a grind than the spring season does, says head coach Jamie Aid.

“[Coach Aid] has the mentality that fall should be harder,” said Bandy. “That way when we get into spring season it’s gonna be like a breeze, and we go into matches with confidence knowing that we are in shape and we have trained for it.”

They’ll see how well they match expectations beginning with two road trips against Samford on September 24 and Belmont on October 2.