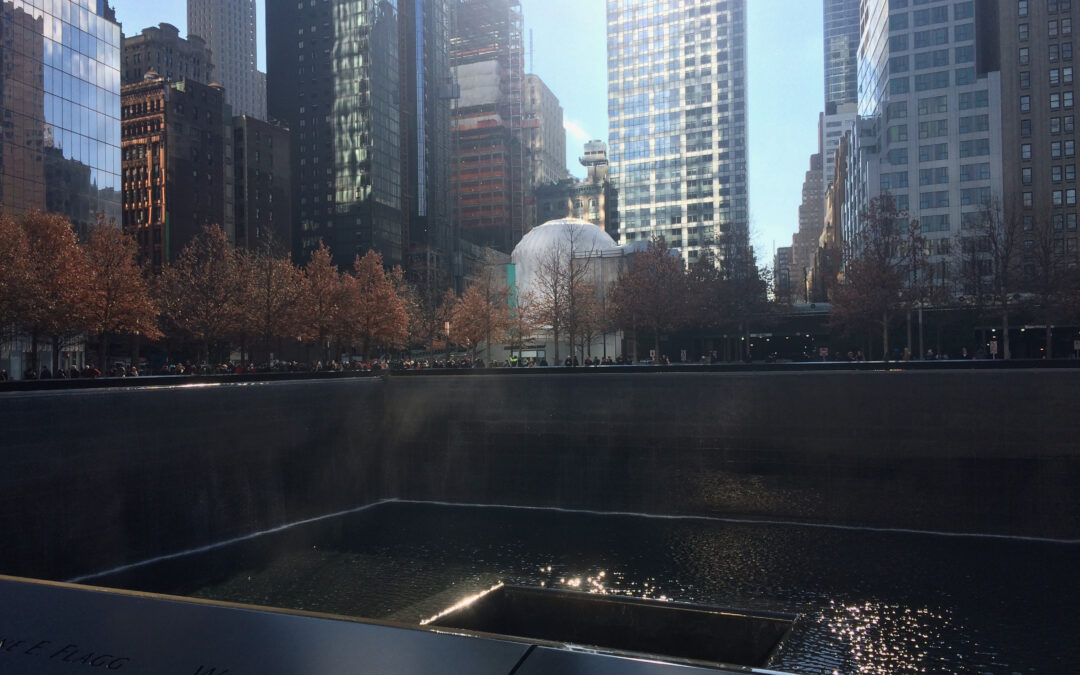 “A plane just hit one of the World Trade Center Towers.”

R. Samuel Lynn, Lipscomb veterans advocate and a former Marine, recalls hearing those words from his desk at an architectural firm in upstate New York on Sept. 11, 2001. He immediately thought that a small plane must have mistakenly gone off course.

“It seemed like just a couple of minutes later [that the secretary] … slow-walked into the office,” Sam Lynn said. “[Her] face was just white. She said, ‘Another plane just hit one of the towers.'”

Lynn and his colleagues watched the news channel all day, as most Americans did, and realized that they were witnessing a terrorist attack against the United States. The event would alter the trajectory of America and the world– they knew “it was all going to change.”

Lynn was right about the changes, which included the creation of The Transportation Security Administration (TSA) and the United State’s engagement in war in the Middle East. The attack was the impetus for 20 years of consequences.

Four years after 9/11, Lynn became a Marine. He spent 10 years in the military and completed two tours of duty in the Middle East with Operation Iraqi Freedom. He was injured during his service.

After rehabilitation, he became a combat marksmanship instructor. Today, he serves the Lipscomb University Community as director of Veterans Services. Lynn’s has a multi-level view on the events, since he experienced the events of 9/11 as a civilian and then participated in the war that followed as a Marine.

Veteran Programs Coordinator Jimmie L. Handley, Jr. experienced 9/11 from a different vantage point as a member of the U.S. Army. He was at the Pentagon that day, where another plane was intentionally flown into a building. He recalls the effect of the tragedy:

“For a long time while I was at the Pentagon, and maybe even now … to see a plane fly over kind of pricks emotion. … As we went to the food court area or things outside … whenever a plane went over, [there was] pretty much silence and everyone was … looking.”

It is undeniable that the effects of 9/11 reached beyond policy changes and into individual perceptions of the world. The sense of safety that many Americans held was challenged in a new way.

Similarly challenged was the way people looked at those around them. Handley remembers his brave colleagues and the citizens who died at the Pentagon, saying:

“Of the 189 lives that passed, I often think–especially around this time, ‘Did I walk past them? Had I ever spoken to them? … They are the heroes of this thing. … They didn’t get to go home to their families.”

The losses serve as a reminder of the “preciousness of life.”

Both Lynn and Handley witnessed how the chaos and sorrow of that day served as a unifier of people.

“There’s always the [question] of ‘How can a good, gracious, loving God allow something like that to happen?’” Lynn said. “But then the question isn’t commonly asked, ‘What was the good that came out of that part of the plan?“‘

Handley described 9/11 and the efforts to rebuild and restore afterward in three words: cohesion, sacrifice, and love.

“We saw an America that was really divided come together … I saw those [who] were not of the military come together to help during the time when the planes hit. We saw those who owned restaurants and other things come together to ensure that there was food for those who didn’t have it or just service. They were just there,” he said. “I hated to see … the reason why it happened, but to see it happen lets me know that it’s possible.”

When the stakes are raised, people truly see each other’s humanity and respond with compassion and love. Remembering the beauty of that radical unity during ordinary days has the potential to be transformative for our world.

In order to learn from the events of 9/11, Lynn urges people to remember that additional time on earth is not guaranteed.

“[Those] 2,977 people that went to work that day didn’t do so thinking that they’re not going to come home,” he said.

“If [there’s] anything I [want] anyone to learn, it will probably be the fact that there are some brave young men and women that are willing to put it all on the line for people they don’t even know. I would hope that America would see them as I see them,” said Handley.

Lynn said that students on the Lipscomb campus should be intentional in remembering 9/11 and every person who was lost in the attacks. The anniversary of 9/11 is about the American people–Ordinary people, medical professionals, and first responders who displayed bravery in the face of fear and loss.

All students and faculty are invited to honor those lost in the 9/11 attacks at 8 a.m. in Bison Square on Monday. Flags will be handed out and placed around campus to represent each life that was taken. This fall, Veterans Affairs will also be holding a Breakout Chapel called Building Bridges from Broken Walls to explore how all people of faith can find unity despite the things in this world that are intended to divide them.