52nd Dove Awards celebrates a night of music and fellowship 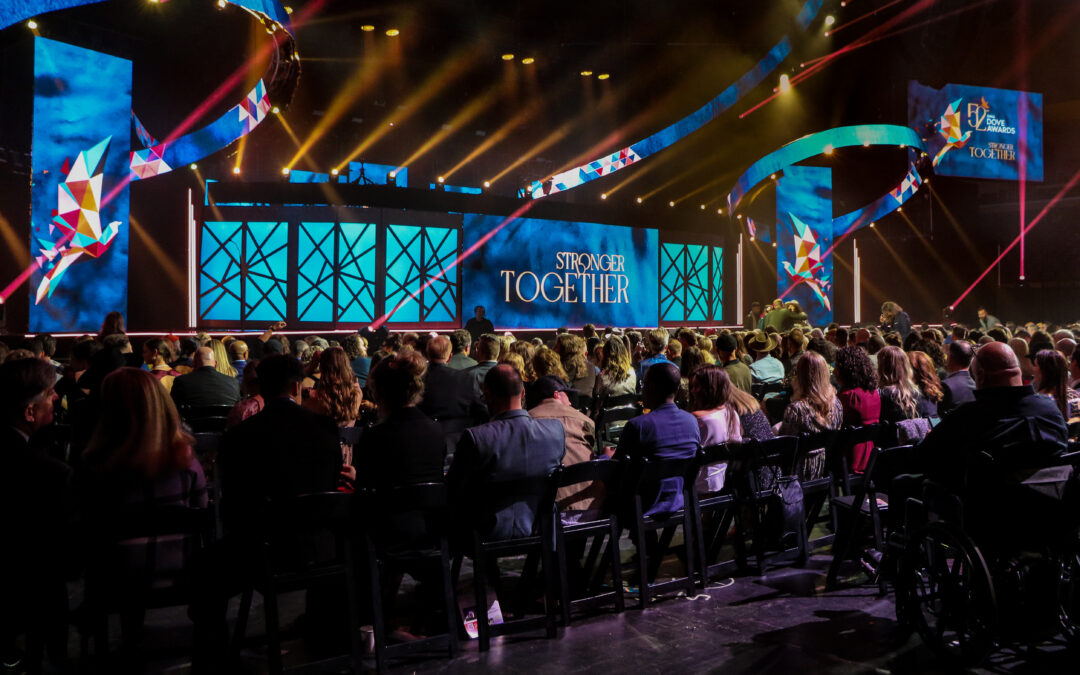 The 52nd Gospel Music Association Dove Awards returned to Lipscomb’s Allen Arena Tuesday night in celebration of a Christian music community that is “stronger together.”

After a yearlong hiatus of the in-person ceremony due to COVID-19, the energy of the crowd made one thing clear — everyone was glad to be back.

Nominee Kelly Nelon Clark spoke of the feeling of being together again in her red carpet interview: “We’re so thrilled; I want to hug everybody!”

Lipscomb University President Candace McQueen kicked off the show by offering a welcome to campus, which was followed by a stunning performance from We The Kingdom featuring some African musical inspirations.

Hosts Natalie Grant and Jonathan McReynolds began their duties with a video skit about the pitfalls of zoom meetings before coming together on the stage to officially open the show.

The first award of the evening for Contemporary Gospel Album of the Year went to Koryn Hawthorne for her record “I Am.”

Next up were performances from gospel legend CeCe Winans, Tasha Layton and popular new group CAIN.

“A Week Away,” directed by Roman White, took home the award for Inspirational Film of the Year, followed by the award for Gospel Artist of the Year which was presented to CeCe Winans for the 24th Dove Award win of her long career.

Winans later reflected on her win, saying, “I feel so encouraged and it reminds us that the word of God is always relevant.”

Co-host Jonathan McReynolds took to the stage with Mali for a performance of their songs “Best Thing” and “Jump Ship,” and later GMA sweetheart Lauren Daigle returned to the Dove Awards stage for a choir-accompanied performance of her most recent single, “Hold On To Me.”

The coveted award for Song of the Year was awarded to “The Blessing,” written by Chris Brown, Cody Carnes, Kari Jobe and Steven Furtick.

Following the touching In Memorium segment, Maverick City Music performed their hit “Jireh,” and Rap/Hip Hop Album of the Year was awarded to KB for his album “His Glory Alone.”

Legendary artist and co-host Natalie Grant returned to the stage for a beautiful performance backed by a children’s choir, featuring her twin daughters.

The final award of the night for Artist of the Year was awarded to fan-favorite For King and Country, and Elevation Worship closed out the show with a performance of their now Dove Award-winning song “Graves Into Gardens.”

In the press room following the closing of the ceremony, all of the artists expressed common gratitude for renewed fellowship and for the wonderful gift they received to share their music with the world.

Renowned rapper Lecrae spoke to the connection facilitated through music.

“By me showing off my scars, wounded people see that their wounds can heal,” Lecrae said.

Dove Award-nominated artist Blanca summed up the purpose of the evening best.

“Any achievement I’ve gotten is just an offering for the foot of the cross.”