Album Review: Taylor Swift shows off a new perspective and an old sound on folklore 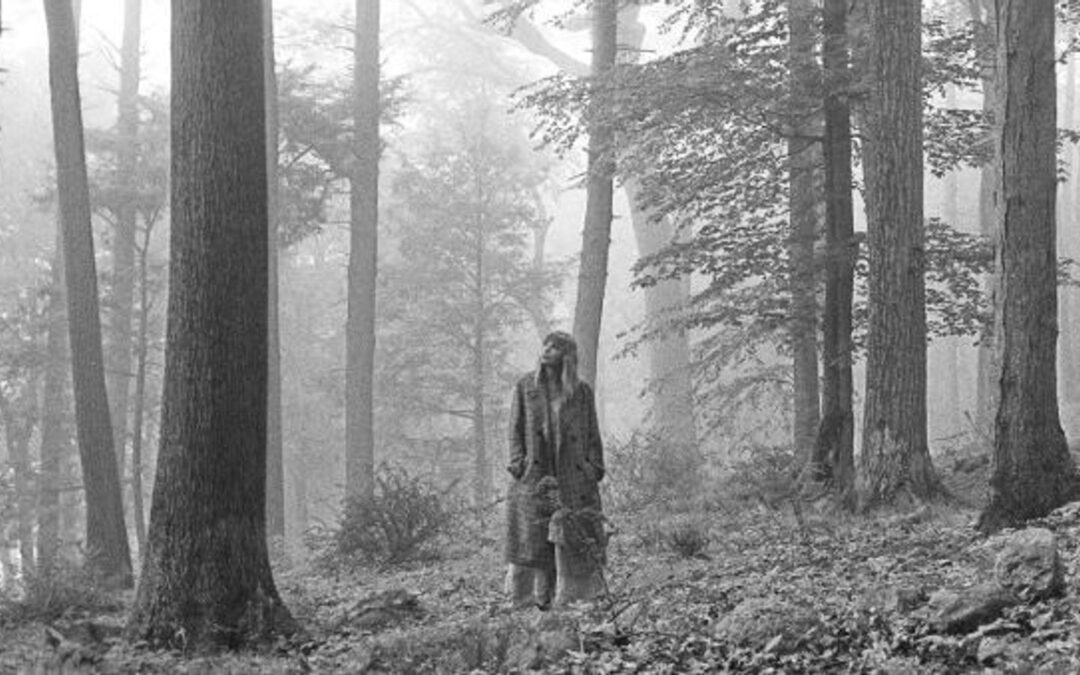 For my first review, I selected Taylor Swift’s surprise eighth album, folklore. It was announced less than 24 hours before its release on July 24. The album features 16 tracks plus one bonus on the deluxe edition. On folklore, Swift ventures into new genres such as indie, alt-rock and folk and even calls back to her country past. Upon its release, folklore received overwhelmingly positive reviews from critics, longtime fans and newcomers alike.

“the 1” – This is not your typical breakup song. Rather than looking back with sadness or anger, “the 1” reminisces fondly about how enjoyable it might have been if things had been different and there had never been a breakup. It offers a refreshingly different perspective, one that is mature but still lighthearted and fun.

“exile (feat. Bon Iver)” – Swift’s duet with Justin Vernon of Bon Iver is her best duet since Red (by the way, I am referring to “The Last Time” because I have taste). Swift and Vernon trade verses about how they feel betrayed and misunderstood in a failing relationship. The piano on this song is absolutely gorgeous, and Swift’s and Vernon’s voices combine beautifully despite being very different.

“invisible string” – One of the brighter songs on a generally dreary album, “invisible string” sees Swift muse about all of the little moments in her life that brought her to where she is today in the context of her relationships. The song is mature and sweet. Thanks to her Nashville namedrop, I will now always remember Centennial Park not as the park with the fake Parthenon, but the park Taylor Swift sang about. J

I am a lifelong fan of Taylor Swift. Her debut album was the first CD I ever owned, and I have loved every album she has made since.

(Please enjoy the photo below of me in middle school at the Country Music Hall of Fame posing with some of the Red Tour costumes. What you can’t see in the picture is that I am wearing my Taylor Swift Keds and that when I go to the gift store later, I will buy a replica of the t-shirt on the far left. I still have it, and it finally fits!) 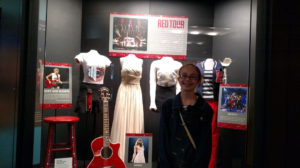 That being said, I really enjoyed folklore. It actually is closer in the genre to what I typically listen to today than most of her albums, though I love them all. The songs on folklore have a really timeless quality to them, and the album features some of her best writing to date.

Although I don’t love some of the songs, none of them are terrible, and I could definitely listen to the album front to back without skipping anything. There isn’t a single radio hit on folklore, but I really don’t mind that. It feels like Taylor Swift really wrote what she wanted to on this album rather than what would be a hit, and I really respect that.

I do wish there were a few more upbeat songs to give the album a bit more ebb and flow. With a run time of an hour and three minutes, folklore feels a little bit long at times, and I think it would be a more enjoyable listen if it was a little bit shorter.

I give folklore by Taylor Swift four stars out of five. It’s a really enjoyable listen, especially if you are into indie/folk music and songs that tell stories. It runs a bit long and it lacks some peaks and valleys, but it’s easily the best and most sincere album Swift has ever written.

Let me know in the comments what you thought of folklore and what album I should review next.

Album Review: Taylor Swift shows off a new perspective and an old sound on “folklore”