ASUN tournament preview: Lipscomb once again holds the No. 3 seed 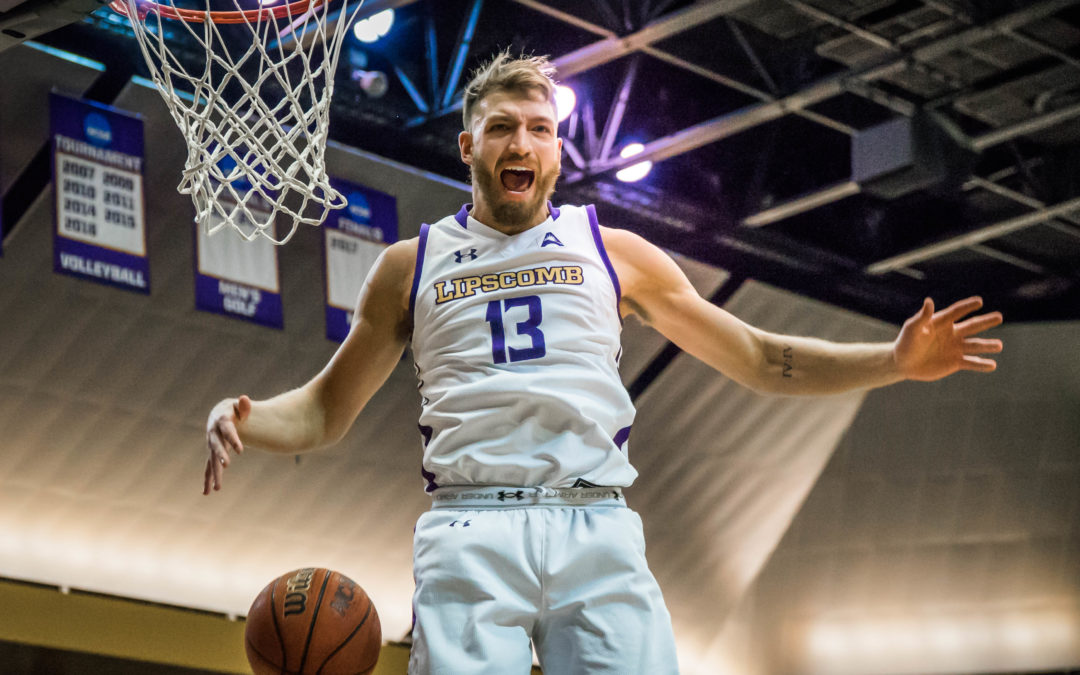 On March 3, 2020, the No. 3-seeded Lipscomb men’s basketball team beat No. 6 FGCU 68-63 off a 40-point effort from center Ahsan Asadullah. The game was played in Nashville less than 24 hours after a devastating tornado struck Middle Tennessee.

So many things have changed since then, and I don’t even think I have to tell you what all of them are. But this year’s edition of the ASUN men’s basketball tournament will be single-city (as will the women’s), with teams participating on the campuses of Jacksonville University and North Florida, both located in Jacksonville.

Much like last season, the Bisons (15-11, 9-6 ASUN) once again hold the three seed, with the Eagles (9-7, 4-5 ASUN) taking up the No. 6 spot. Neither team has played a full 16-game conference slate, although FGCU’s cancellation-littered schedule is more notable. The game is scheduled for Thursday night at 6 p.m. CT, to be played in Swisher Gymnasium at JU.

Disappointment is really the first thing that comes to mind for how the Bisons’ season went. They were picked to win their conference (which could still happen in the tournament) but now sit behind Liberty and Division I newcomer Bellarmine. Inconsistent play and the inability to hold large leads have created headaches for this squad all season long.

Redshirt junior Ahsan Asadullah is once again the leading scorer at 14.2 points per game, but he had a slow start to the season before putting up bigger numbers late. Grad transfer Romeao Ferguson adds 13.6 points per game at the shooting guard position, and sophomore guard KJ Johnson is the lone other double-figure man at 13.3 points.

But inconsistency plagues the Bison roster. Redshirt junior Greg Jones struggles to find rhythm from downtown, even though he’s not a bad three-point shooter statistically speaking. Jake Wolfe set career-highs in two consecutive games during non-conference, but he hasn’t kept that mojo up consistently.

As a whole, Lipscomb has taken large first-half or second-half leads, only to stall and let those leads collapse entirely. And yet somehow this team went 3-1 against Liberty and Bellarmine combined.

FGCU features three double-figure scorers as well in guards Cyrus Largie (13.3 PPG), Caleb Catto (13.2 PPG), and Jalen Warren (11.8 PPG). Sophomore forward Dakota Rivers is a block machine with 30 on the season, which should make for an interesting matchup with Asadullah, or anyone who decides to attack the paint for that matter.

It’s likely that FGCU will use Rivers and another player to guard Ahsan down low, as most teams do against the Bisons. The issue this creates is that the big man is also Lipscomb’s assist leader and can pass the ball efficiently. FGCU also struggles from downtown at 29 percent.

The big question to ask is: will we see efficient three-point work from Lipscomb? The Bisons utilize the three-point line very inconsistently. Johnson is the best three-point threat on the starting lineup, but he attempts less than three per game. Also, the Eagles’ 3-point defense gives up under 31 percent per game, perhaps making up for some of their own lackluster offensive performance there.

If you’re a Lipscomb fan, for starters, you want Ahsan to have 20 points and a good handful of assists. That sounds like an obvious statement, but the thing is that when Ahsan is doing well, Lipscomb can become a multi-dimensional team. FGCU will be forced to cover him hard (so he doesn’t drop 40 on them again!), and this will open up guys on the perimeter, or even Ferguson, who is both a good three-point talent and midrange aficionado.

Even better, freshman Will Pruitt has come onto the scene as a useful guard, and his continual improvement all season long could lead to a game-changer Thursday evening.

But if Ahsan has a bad game, FGCU’s good three-point defense could make life a bit difficult for an inconsistent Lipscomb squad. Granted, it would benefit the Bisons to try and exploit the perimeter regardless of how their big man does.

I expect Thursday night’s game to come down to the wire much like it did last season. I predicted the Bisons to win 70-63, and sure enough I was only off on Lipscomb’s score by 2 points.

My prediction for Thursday? The Bisons take home yet another first-round win, with a final score of 70-66. As far as after that? Every game feels like a coin flip for Lipscomb (as long as the Bisons aren’t facing Kennesaw State, whom they swept handily). They are likely to face Bellarmine the following weekend, a team the Bisons swept in January but also a team that relatively dominated the ASUN.

If they can escape a red-hot Knights team, put your money on Lipscomb and Liberty this Sunday… at neutral-site UNF Arena. Naturally, you’d expect Liberty to win, but if you go by my coin-flip math, the Bisons have a 12.5 percent chance of winning the ASUN tourney.

It’s probably a little higher than that for a three-seeded team, which I firmly believe has the talent to win the tournament and get a 16-seed at the Big Dance. But this Bisons team has been a rollercoaster all season long, so it’s unfortunately a very, very tall task.

Regardless of how far Lipscomb goes, I’m taking Liberty this year, with Bisons’ second-year head coach Lennie Acuff hoping that a potentially more normal offseason in 2021 will help the team develop more chemistry and discipline.