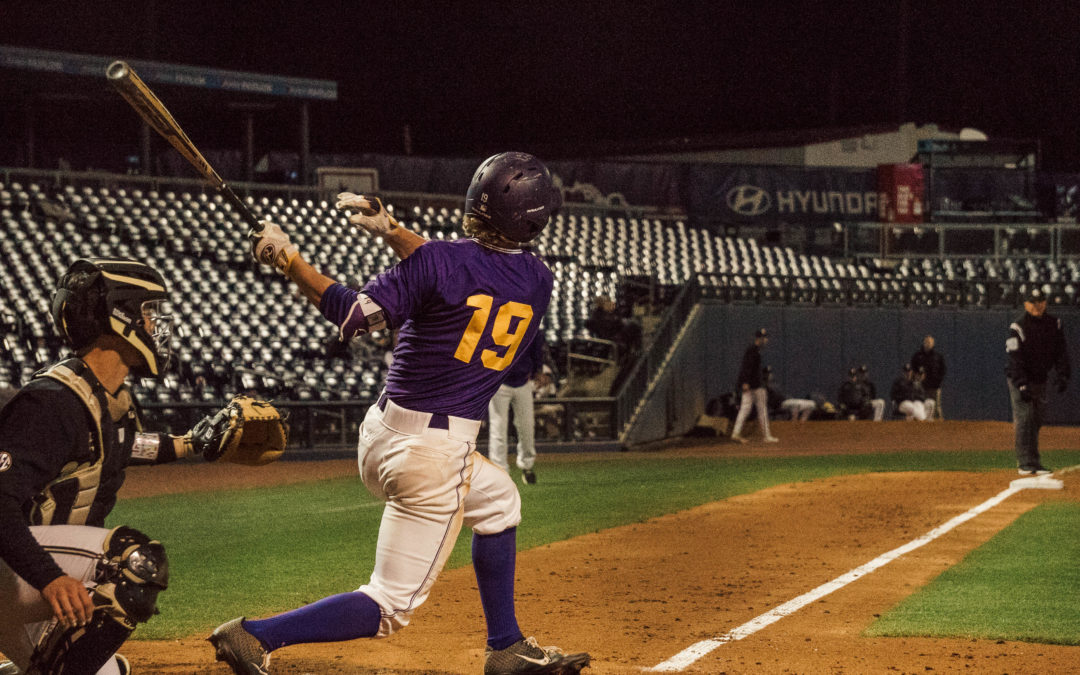 In their 2021 home opener, the Lipscomb Bisons baseball team fell to Creighton 11-4, as the Blue Jays scored four home runs.
Debuting their brand new cream uniforms, the Bisons came into the afternoon with a 2-1 record after beating Murray State twice on Monday and falling to Memphis on Tuesday afternoon in Hoover, AL.

Junior pitcher Noah Thompson got his first start for the Bisons in nearly two years after missing the shortened 2020 campaign with a foot injury. In his three innings of work, Thompson allowed four hits and five runs off of a sacrifice fly and two home runs in the second, third and fourth innings.

Meanwhile, the Bisons could get nothing going offensively as it was nine batters up and nine batters out in the first three innings behind expert pitching from sophomore pitcher Dylan Tebrake.

In the fourth inning, the Bisons tried to close the scoring gap behind an offensive surge from senior outfielder Carter Smith and junior infielder Malik Williams that brought three runs home for Lipscomb, bringing the score to 5-3 in favor of the Blue Jays.

However, this two-run deficit would be as close as the Bisons would get for the rest of the afternoon. Several Bisons pitchers came in in relief, but none could manage to stop the bleeding as Creighton continued to add on runs in the sixth, eighth, and ninth innings.

Senior infielder Dax Roper led the way for the Blue Jays tallying two hits and two runs on the afternoon including a home run in the eighth. For the Bisons, Williams finished the afternoon 3-4 from the plate with an RBI and scored 2 runs for Lipscomb.

Saturday afternoon the Bisons welcome in Northern Kentucky for a doubleheader match-up before finishing off the weekend with a rematch against Creighton Sunday afternoon.