The Best and Worst of 2020 Super Bowl Commercials 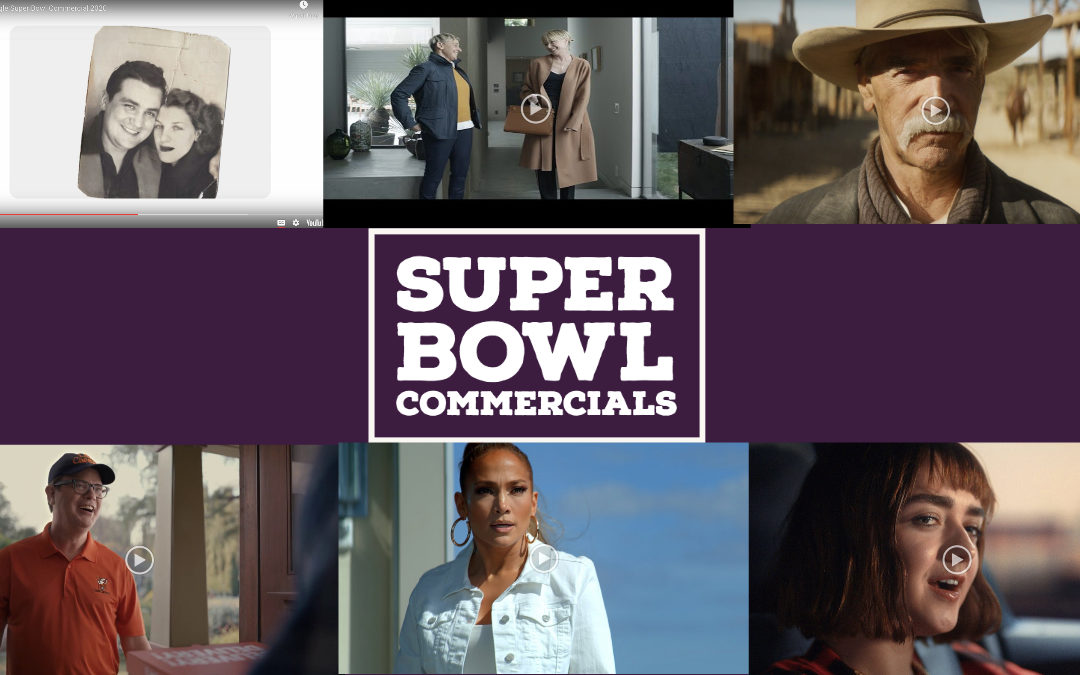 The Kansas City Chiefs stormed back in the last seven minutes to beat the San Francisco 49ers 31-20  during Super Bowl LIV Sunday, but those two teams weren’t the only ones battling for a spot on top.

Because of the game’s massive annual viewership, the commercials aired before, during, and after the game can earn brands millions or set them millions behind. According to Fox Sports, some advertisers paid a record-breaking $5.6 million for their spots. But did any of that cash pay off by making connections … or selling products… to viewers?

This year, companies used obscure humor and all-star celebrity cameos to make their products pop. In this list, we counted down the best and the worst of 2020’s Super Bowl Commercials.

Best of the Best

Google has an affinity year after year to pull at our heartstrings with age-old themes like love and sacrifice. This year’s ad is no different. Loretta tells the story of an elderly man, who calls on the app’s “Hey Google” feature to recall the moments and memories of his late wife that he never wants to forget. It’s original, creative, and heartfelt with just enough whimsy to make you smile through your tears. In short, it’s a truly well-done love story told with beautiful imagery that will leave you sobbing.

It’s a simple truth that everyone loves Ellen. So when the talk show mogul and her wife, Portia De Rossi, question what life was like before Amazon’s Alexa, hilarity is sure to ensue. The commercial gives us some memorable, historical iterations of Alexa from a medieval jester to Nixon’s Watergate scandal. Overall, the commercial was clean, genuine and effective, three key tenets of Amazon’s success as a company.

In this Wild West-style dance-off, Lil Nas X and veteran movie and TV cowboy Sam Elliott freestyle over a bag of cool ranch-flavored Doritos. The showdown was genuinely fun and fairly unexpected. Set to the tune of the record-breaking song Old Town Road, this commercial was a refreshing collaboration between the cowboy stars of new and old.

In this advert for Little Caesars’ new delivery option, pizza lovers claim the service is “the best thing since sliced bread.” Cue a corporate freakout from the CEO of Sliced Bread Inc. played by Rain Wilson, aka Dwight Schrute from the hit show “The Office.” But celebrity cameo aside, this commercial made little sense as to what the company was selling. Instead, it capitalized on silly sight gags which left the ad entirely forgettable.

During this action-packed commercial, a thief steals Jennifer Lopez’s “special bling cup” right before her halftime performance at the Super Bowl. The thief is then chased around the Hard Rock Hotel by J-Lo, Pitbull, and Steven Van Zandt only to discover it’s actually DJ Khalid in an Alex Rodriguez mask? If this commercial sounds bizarre, tacky, and very un-Super Bowl like, it’s because it was. And it’s obvious to see where the high production value went. In addition to the serious star power of five pop culture celebrities, it’s all directed by Michael Bay of “Bad Boys,” “Transformers” and “Armageddon” fame. Who better to drive this wacky, underdeveloped ad than Hollywood’s showiest producer?

“Game of Thrones” star Maisie Williams overcomes the miseries of traffic by belting out the “Frozen” film anthem “Let it Go” in this Audi advertisement. This commercial would have been perfect in 2013 when “Frozen” had just come out and everyone had that song replaying in their heads. But now, nearly seven  years later and with no real connection to the mission of Audi, the breakout show tune in this commercial felt flat and uninspiring.