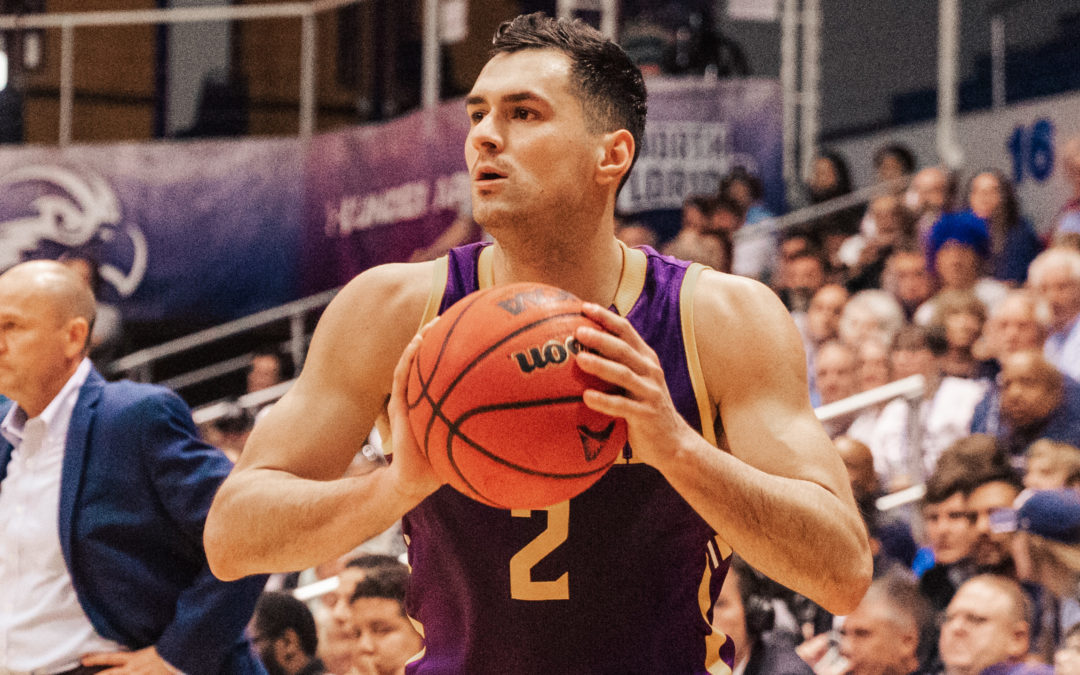 The Bisons’  hopes for an ASUN title and return to post-season glory faded Sunday afternoon when they fell to the Liberty University Flames, 73-57, at the Vines Center in Lynchburg, Virginia.

The Liberty Flames (30-4) will go on to the NCAA tournament.

The Bisons finish with a 16-16 record after a strong comeback in the second half of the season.

With 3.1 seconds left on the clock Thursday night in Jacksonville, the Bisons earned a 73-71 win over North Florida courtesy of a floater from senior guard Andrew Fleming.

Sophomore center Ahsan Asadullah, who had scored a career-high 40 points Tuesday night in the quarterfinal win over Florida Gulf Coast, led all players Thursday with 27 points and 19 rebounds.

With eight seconds remaining and the score tied, senior guard Michael Buckland got the ball to Asadullah, who soon found himself triple-teamed. Asadullah fed the ball to Fleming in the lane, and Fleming tossed in a teardrop for the game-winner.

Fleming finished with 26 points, a career-high.

Lipscomb led by as many as 10 points, coming off of a strong first half, but the Ospreys saw the momentum swing in their favor to take the lead with five minutes left in the game. The Bisons were able to even the scoring and stop two North Florida shots with less than 30 seconds to go.

The Ospreys were not able to get a shot off in time before the buzzer sounded.

Even though this game was a tough fought matchup, both teams came together in a touching moment of solidarity by wearing T-shirts emblazoned with “Nashville Strong” over each team’s respective logos to in the wake of Tuesday’s devastating tornadoes. The win felt that much more special as the Bisons fought for their hometown.

“I’m really proud of our team, really happy for our guys, and happy for everybody that loves Lipscomb,” said head coach Lennie Acuff. “It was a really great win for our school, and they’re really a great bunch of kids. What a gutsy win.

“Ahsan was obviously great in the first half, and Fleming was unbelievable, he played great,” he said. “What a fitting way for him to make that tough shot to win it.”

Acuff is in his first year as Lipscomb’s coach.

“We were picked towards the bottom of the conference when the season started,” Fleming said. “But we’ve got the best coach in the conference, comes in with a brand new team, takes us all the way to the championship after a brand-new offense.”

Fleming talked just as highly about Acuff as Acuff did about Fleming.

“I mean it’s just incredible the stuff he’s done,” said Fleming. “We’ve got the best player in the conference with Ahsan, and we’ll just ride those guys all the way and we’ll hope for the best.”

“We put on the board tonight,” he said. “We said, ‘Let’s have uncommon resolve,’ and that was our whole thing,  just have to have a ton of resolve to stay the course.”

The Bisons hope to carry that resolve to Lynchburg, Virginia, this weekend, where they will play top-seeded Liberty in the ASUN finals. Liberty edged Stetson 66-62 Thursday night in the other semifinal game.

“Coming in and staying true to ourselves, keep on doing what we’ve been doing,” Fleming said. “It’s got us here.”

After hosting the championship last year as the top-seeded team and falling to the Flames, Lipscomb looks to get revenge in the rematch, this time playing the upset-minded underdog. The game will be broadcast on ESPN at 2 PM CT.