Bisons newcomers take over the reins for Lipscomb Baseball 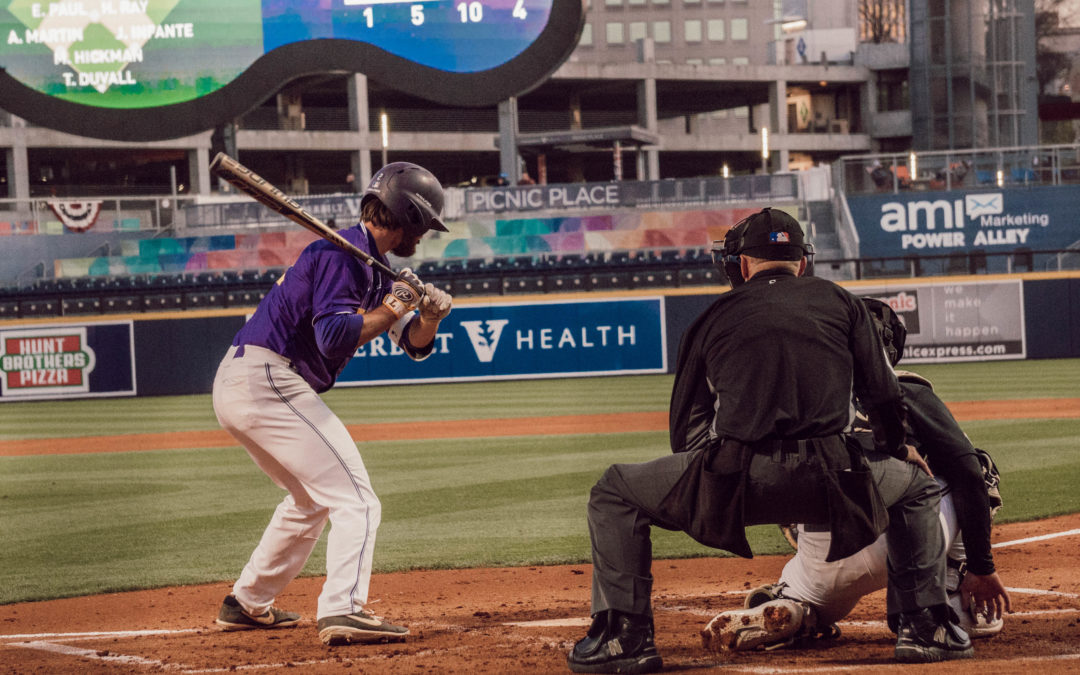 Coming off of third-place in the ASUN a year ago, the Bisons will return to Dugan Field on Friday for Valentine’s Day opener against Bowling Green State University. But, it’s a new year for Lipscomb.

Since the last time the Bisons stepped onto the diamond, 10 seniors graduated and five more players moved on from Lipscomb, including pitcher Chris Kachmar, who was drafted by the Chicago Cubs organization last June. But despite the changes from a season ago, Forehand is optimistic that this team, which he describes as “gritty,” is ready to step up to the challenge.

“I think this team is focused. They [ASUN preseason poll] selected us as sixth, which gives us a little momentum to jump into the season and be ready to rock and roll,” said Forehand.

Forehand’s confidence stems from the recruiting class and junior college transfers that he and his assistant coaches have brought in.

“We just bring new people in. We knew those guys were leaving – some of them had been around for a long time – so we had been preparing for them to leave for a while now. Now it’s other folks time to step up and do their job,” said Forehand.

Not only did Forehand bring in 15 players who can bring an immediate impact to the Bisons team, but he also has a network of sophomores, juniors, and seniors who are ready to take over the reins.

“It’s just a chance for those new guys to use all they’ve been practicing and go out there and do it,” said Forehand.

On the mound, the Bisons will be without all three of last year’s weekend starters to begin the season as Kachmar and Joshua Colon graduated and junior Noah Thompson is still recovering from an ankle injury. So, Lipscomb will turn to younger players to make an early impact.

“Those sophomores who were out there [on the mound] last year, Scott Elgin, Max Habegger, JT Caver, and Tyler Guilfoil, it is their time for their role; it will obviously increase. We also have three junior college pitchers who have come in, and several freshman pitchers have come in,” said Forehand.

But there is no easy warmup for this new team to start the season. Not only do the Bisons have the challenge of a difficult conference slate beginning in March, but the coaching staff has also scheduled 11 Power Five opponents to begin the season, including the reigning national champion Vanderbilt Commodores.

“Hopefully, there will be some lessons learned as we play well and win some games…that’s the level and the caliber of where the game is played, so that’s where you’ve got to meet it,” said Forehand.

Although the Bisons will be challenged by these powerhouse opponents, the focus is on improving every weekend, every game, and every inning to earn a chance to compete in the NCAA tournament come June. The race to Omaha, site of the College World Series, begins this weekend in a three-game series against the Falcons, who are 0-1 all-time against the Bisons.