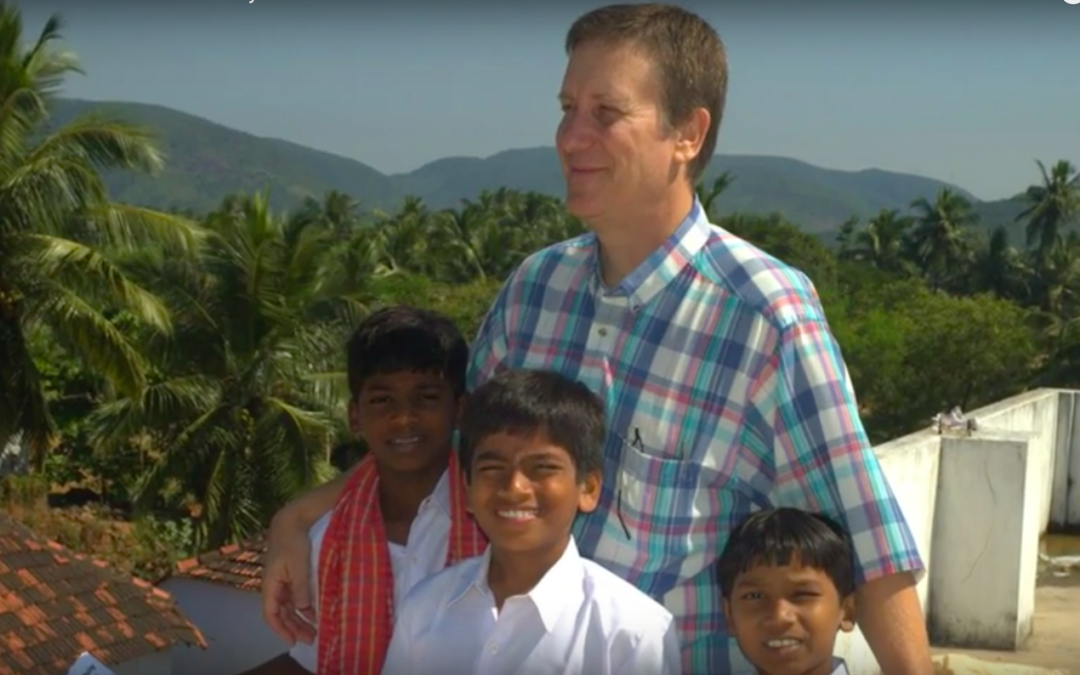 Roger Wiemers, professor with the college of education, is this year’s recipient of the Mary Morris Award. In memoriam to Mary Morris, this award is given each year to a member of the Lipscomb community who has demonstrated a dedication to service in the community. The service and reception for the award took place on March 12.

Morris, also a teacher in the college of education, passed away in 2005.

“To meet the Morrises was fantastic, and to know that it came from their daughter who had been a teacher herself as well,” Wiemers said. “And to meet some of the past recipients — it was amazing.”

During the ceremony, Wiemers quoted Mother Teresa from a 1979 interview with Johnny Carson on “The Tonight Show” when she won the Nobel Peace Prize:

“Do you remember when Jesus came in Jerusalem and he was riding on the donkey and everything?” she asked. “Do you think, Mr. Carson, for one moment, that the little donkey thought that the crowd was giving him the praise and glory instead of Jesus? I feel like Mother Teresa: I am that donkey. And Jesus should get the praise.”

Wiemers first traveled to India in 1984 and was then called to Papua New Guinea from 1989-1991. After he traveled back home, he learned that a group of Lipscomb students was located in Prague, Czechoslovakia, so he traveled with them from 1992-1994.

In 2007, Wiemers was deeply moved to begin a work in India called the Tamar Ministry in Mumbai with his friend P.D. Prasada Roa. He said that he read an article mentioning that over 200,000 women are trafficked through Mumbai each year. Having daughters of their own, they were heartbroken by the plight of young girls in India who were victims of sex trafficking and forced into a life of prostitution.

“I would search everywhere for my daughter if she was ever captured, so why can’t I do that for somebody else’s daughter?’” Wiemers said.

Through safe housing, spiritual guidance, job training, and education, over 500 women have been delivered from a life of prostitution and have come to know Jesus and His love for them in the Tamar Ministry. Wiemers travels a few times a year to Mumbai to provide leadership and encouragement to the women and team there. He has led a number of short-term teams through Lipscomb missions to Mumbai to work directly with the women and children.

His local community service consists of his work on behalf of refugees here in Nashville. At Woodmont, he has been helped begin an outreach program to refugee families here in Nashville. In his work with refugees, he has connected with other groups and nonprofits in our community such as the Tennessee Immigrant and Refugee Rights Coalition in order to leverage service to refugee families.