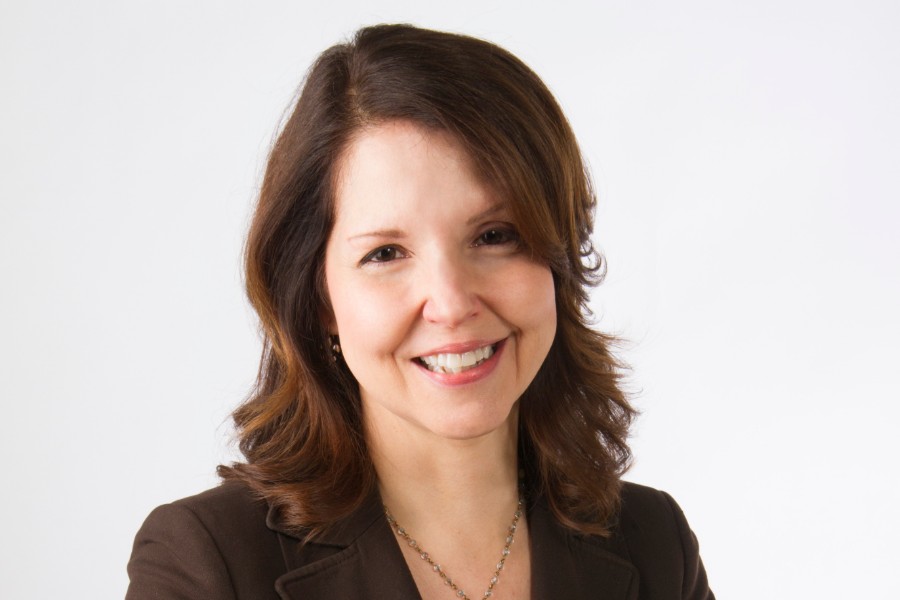 That series, hosted by the Department of Communication and Journalism, brings media professionals to campus to offer insight to students as they ponder their futures.

As a part of the advice she offered students, Lenker urged them to call and reach out to people to get their names out there, elevate their profiles.

“This town is so full of media opportunities. Make the first move, share information, and build trust,” she said.

She reminded students to be aware of — and careful with — their social media presence.

“Employers go right to social media to see what you are all about,” she said. “Be really aware of your virtual footprint.”

Lenker brought tons of experience to the appearance.

After Lenker graduated from Temple University, she worked in numerous roles behind the scenes in TV production, as well as some on-air radio positions.

Eventually, Lenker worked her way up to her dream position of a reporter/anchor at NewsChannel 5 in Nashville, where she won an Emmy for “Best Weekend Newscast” in the Southeast region. She also was known among the news media, locally, for her strong reporting about the state Legislature and the governor.

That pretty much set the stage for the non-broadcast part of her career.  After her 16-year stint as a reporter and anchor with NewsChannel 5, Lenker became the press secretary for Tennessee Gov. Phil Bredesen during his initial campaign and continued in that role through his eight years in office. In this role, Lenker had the opportunity to sit through several legislative sessions and elections. In addition, she had the opportunity to meet several presidents.

When Bredesen left office, it was time for Lenker to move on, and she went on to serve as executive in residence and managing director of the Nelson and Sue Andrews Institute for Civic Leadership and director of events and community engagement for the College of Leadership and Public Service at Lipscomb.

“I just got a feeling that I was ready to take on a new challenge and that’s OK. My former boss, Phil Bredesen, once told me, ‘let chance be your friend,’” said Lenker about that professional change. “You could have something right in front of you that you really want to do, and you won’t know until you open your eyes to it.”

Lenker used her life story to share three keys that she said are crucial for success in the college stages of your life: Setting goals, creating opportunities and being open to changing direction.

Lenker, who was interviewed by senior communications major Katie Christ to end the presentation, wrapped up the night with those words about enjoying life’s journey.

“I hope you can leave here tonight with some more insight into how you can get to where you are going… it’s not about the destination, it is about the journey and enjoying it.”