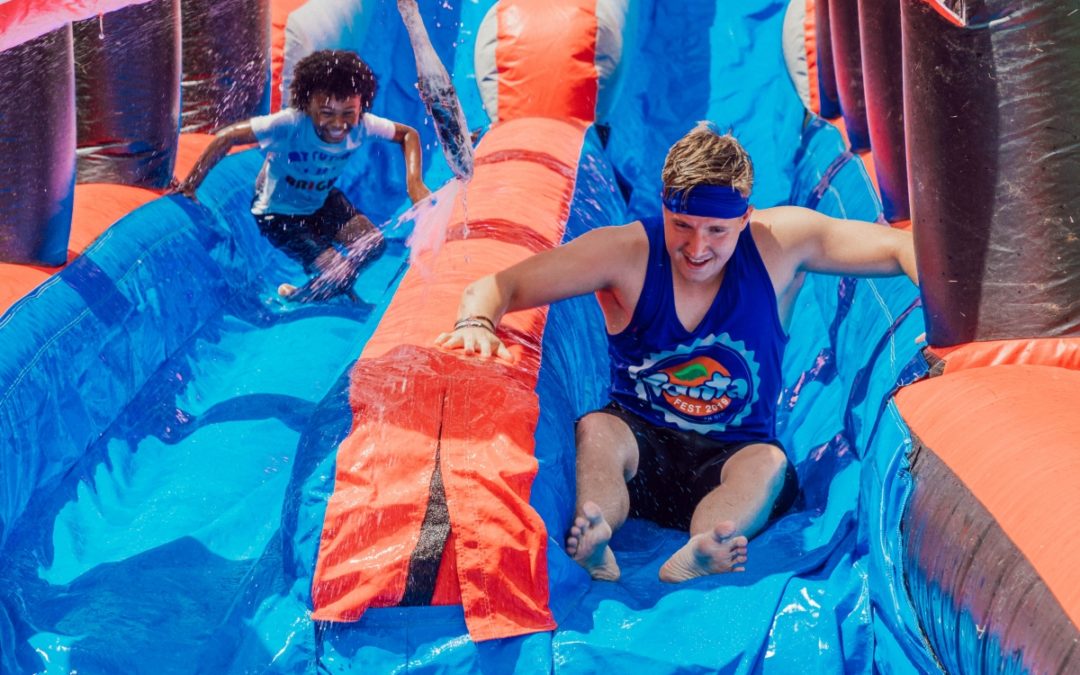 Inflatables, spike ball, badminton, and a lot of Fanta later, students are just one day from beginning their college experience at Lipscomb.

Every year the quest team host an event called “Fanta Fest.” The event takes place in the yard between Ezell and Beaman, and students spray each other with cans of Fanta while going down water slides, playing games, running around and dancing to loud music and just having a good time.

Later in the evening students had a paint party called the “Paint the Herd”. Students received a free t-shirt, danced to music from a DJ and throw colored paint powder all over each other.

This gallery captured all the fun of “Fanta Fest.”