GAME PREVIEW: Can the Bisons pull another upset at Kentucky? 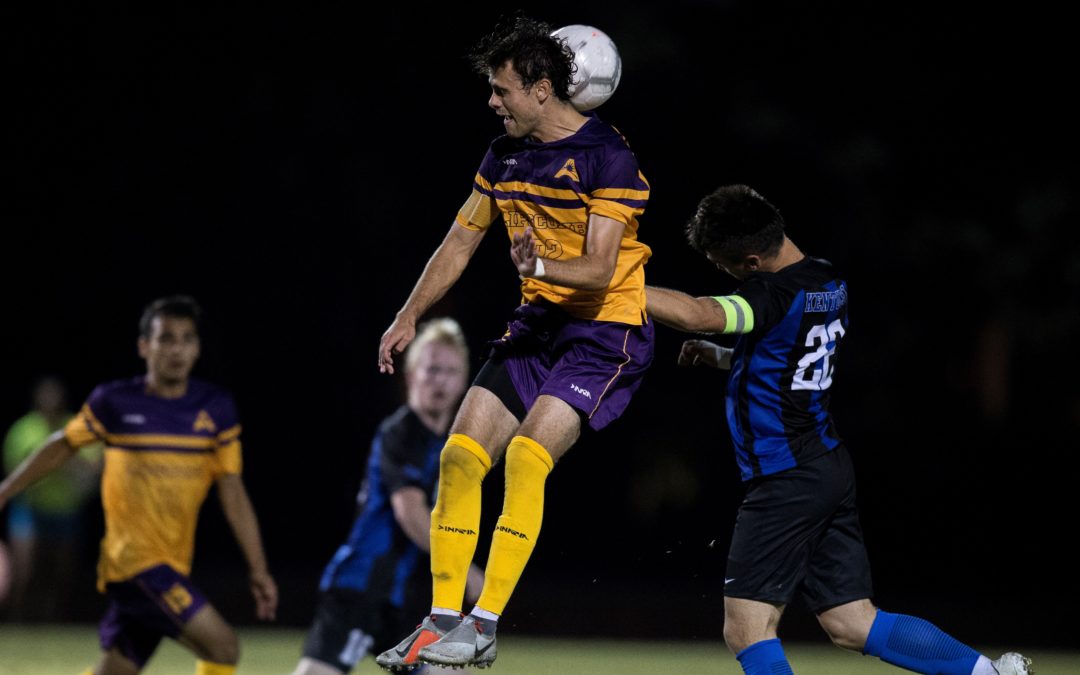 After back-to-back upset victories of Washington and Central Florida, the Lipscomb Bisons men’s soccer team has become the Cinderella story of the NCAA tournament.

The travel-weary Bisons will now make the trek to Lexington for a rematch against the No. 3 Kentucky Wildcats, who handed Lipscomb a 3-2 overtime defeat in Nashville on Sept. 18.

“It was hard to watch Kentucky walk off our field with a win in a game that we thought we deserved to win,” Lipscomb goalie Chris Zappia said.

The winner of Saturday’s game will play the winner of the Duke-Maryland match in the Elite 8 next week.

These two teams have seen a lot of each other recently. In 2016, the Bisons battled to a 1-1 tie in a game that went to double overtime. Lipscomb forward Josue Chavez scored an early goal and Zappia made six saves, before the Wildcats got on the board in the 70th minute on a tally from Kaelon Fox.

In 2017, Lipscomb pulled a 3-2 upset in Lexington behind goals from Logan Paynter, Ivan Sakou and Ryan Birchfield. Zappia made four saves to preserve the victory.

Kentucky then returned the favor in overtime this season. Kalil Elmedkhar and Aime Mabika gave the Wildcats a 2-0 lead, but Paytner and Birchfield answered with goals of their own in the second half. But J.J. Williams’s chip over Lipscomb goalie Luke Wilson cemented the 3-2 victory for Kentucky.

“One of the core values that we talk about is being humble,” Kentucky coach Johan Cedergren said in a press conference earlier this week. “I don’t think we were very humble [against Lipscomb]. I think that the guys are excited for this draw to get a chance to do better against a team we’ve already played.”

Breaking down the Wildcats

Kentucky has not lost at home in what has been one of its best seasons in program history. The Wildcats have outscored their opponents 47-9 on the year, and goalkeeper Enrique Facusse has delivered 14 clean sheets.

The team’s dynamic offense is led by Williams (18 goals, 8 assists), Elmedkhar (11 goals, 10 assists) and Jason Reyes (7 goals, 4 assists). That trio will present a tough challenge for Zappia and the Lipscomb back line, which has hasn’t allowed a goal in its last three games.

The Wildcats received a first-round bye and then rolled through Portland behind a pair of goals from both Williams and Elmedkhar in the second round last Sunday.

Breaking down the Bisons

Lipscomb’s offense isn’t nearly as prolific as Kentucky’s, although Paynter (9 goals, 3 assists) has scored two goals in three matches against the Wildcats.

Zappia is a big reason why the Bisons are still kicking. He has three consecutive shutouts and hasn’t lost a decision since suffering a concussion against East Tennessee State on Sept. 15. The fifth-year senior touts a .782 save percentage and allows just 1.07 goals per game.

There isn’t a team left in the NCAA bracket that wants to face Lipscomb right now. The Bisons are on a roll and keep finding improbable ways to win. Kentucky is the more talented team and hasn’t lost since Oct. 7. But Lipscomb will be motivated to try to pull off its third consecutive upset, and betting against them is difficult at the moment. This feels like a game that will be decided in extra time (again).