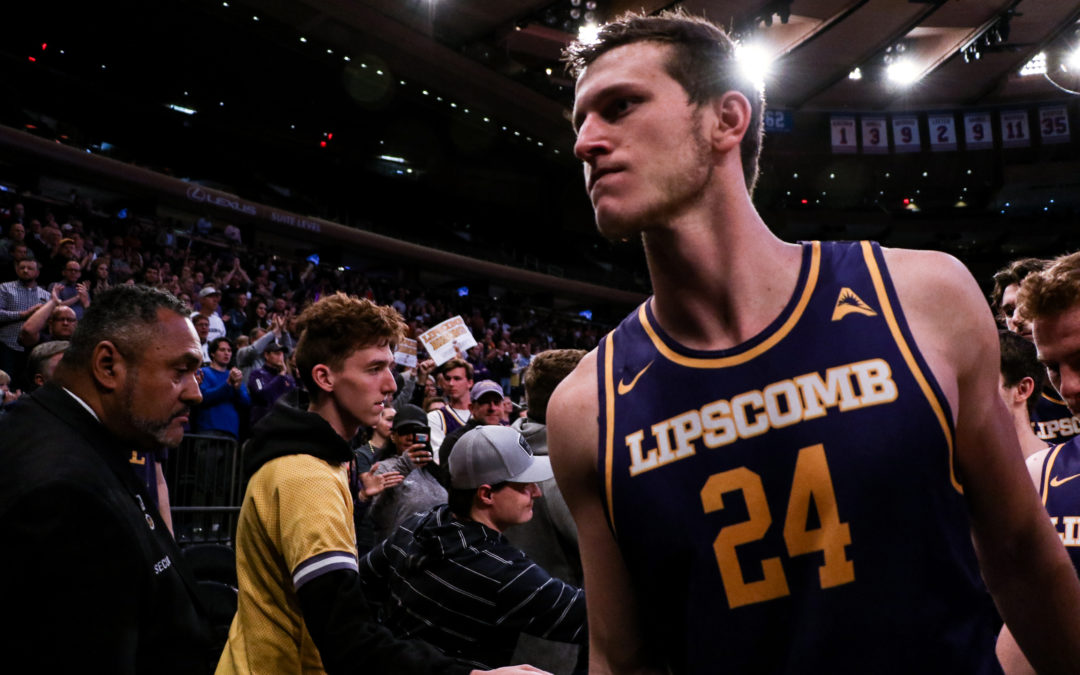 Even though he didn’t hear his name called during the draft, the reigning ASUN Player of the Year is still headed to an NBA team.

Garrison Mathews signed a two-way deal with the Washington Wizards. This means that, although he takes up one of the 17 roster spots for Washington, Mathews will spend the majority of his time with the Wizard’s G League affiliate (the NBA’s minor league, previously called the D League) this season.

He will only be allowed to spend 45 days per season with the Wizards “big league” franchise itself throughout the duration of the contract.

The Wizards were one of the four teams Mathews worked out for prior to the NBA Draft June 20.

If Mathews does well enough in the G League to make it onto the primary Wizards squad, he would become the first Bison to play in an NBA game.

Washington’s G League team is called the Capital City Go-Go. When at home, they play at St. Elizabeth’s East Entertainment and Sports Arena in Washington, D.C.

The next step for Mathews is the NBA Summer League in Las Vegas, which takes place from July 5-15 and will be his first chance to go against competition at the NBA level.

If he is still on the roster after the Summer League, Mathews will play in the G League regular season that is 50-games long and begins in the fall. Official schedules for when the league begins have not yet been released.

This move comes after Mathews’ record-breaking career at Lipscomb. He is the school’s all-time leading scorer (with 2,478 total points) and three-pointers made (360), which helped the Bisons reach consecutive ASUN championship games and the NCAA Tournament for the first time in school history in 2018.

Mathews’ best season was his senior year, during which he scored 750 points, which led the team, and had 20.8 PPG, which led the entire ASUN conference. He played a significant role in the Bisons’ historic run to the NIT championship game in New York City.