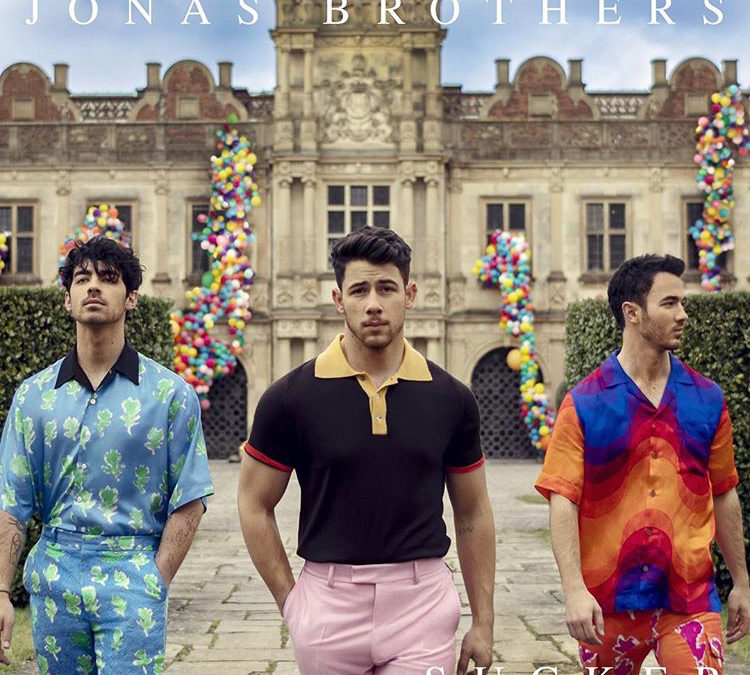 The sounds of the latest Jonas Brothers single are echoing through dorm room halls across campus. A scene such as this hasn’t happened in almost six years, but last Friday the childhood boyband staple released a new single titled “Sucker.”

“Sitting there, listening to the song with all my friends, brought me back to my eleventh birthday party,” history education major Madeline Knight said. “I had a bunch of friends over to watch the premiere of their new show Jonas.”

When Knight first heard the song, she said it got her reminiscing for her childhood.

“It really reminded me of the old Jonas Brothers, but with a grown-up spin.”

The new music from the familiar band is driving a sense of nostalgia that has skyrocketed the single to the No. 1 spot in the official trending chart. As well as No. 1 on several streaming platforms like Spotify and Apple Music.

But it’s not only the new single that’s gaining success. The music video, featuring the Jonas Brothers with their respective wives and girlfriend, is also catching attention.

“There was a lot going on in that music video, but I do love how they all featured their significant others,” psychology major Chloé Phillips said.

While some praise the boyband’s revitalization of their sound, other students argued that they should have stuck to the classic “Jo Bros style.”

“They started off with one style, and I’ve always been into that kind of style, so now that they’re leaning towards pop, it’s just kind of sad,” music production major Neida Flores said. “I didn’t expect that . . . [but] even if it might not be what I expected, just the idea that they’re back together gives me life.”

Knight said she’s hoping their music has “grown up” with them.

“I want to hear something that I would never expect,” Knight said. “We’re not 11 years old anymore, and I’m hoping that with Nick and Joe having tried new sounds in their solo careers, maybe that can be translated into the new Jonas Brothers.”

“I expect that their future music is going to be them experimenting with a new sound now that they’re more mature,” Phillips added.

It is reported that the Jonas Brothers have recorded around 30 to 40 songs, so fans can be on the lookout for more singles down the road.