Jordan Fortel doubles as both pitcher, hitter after overcoming injury 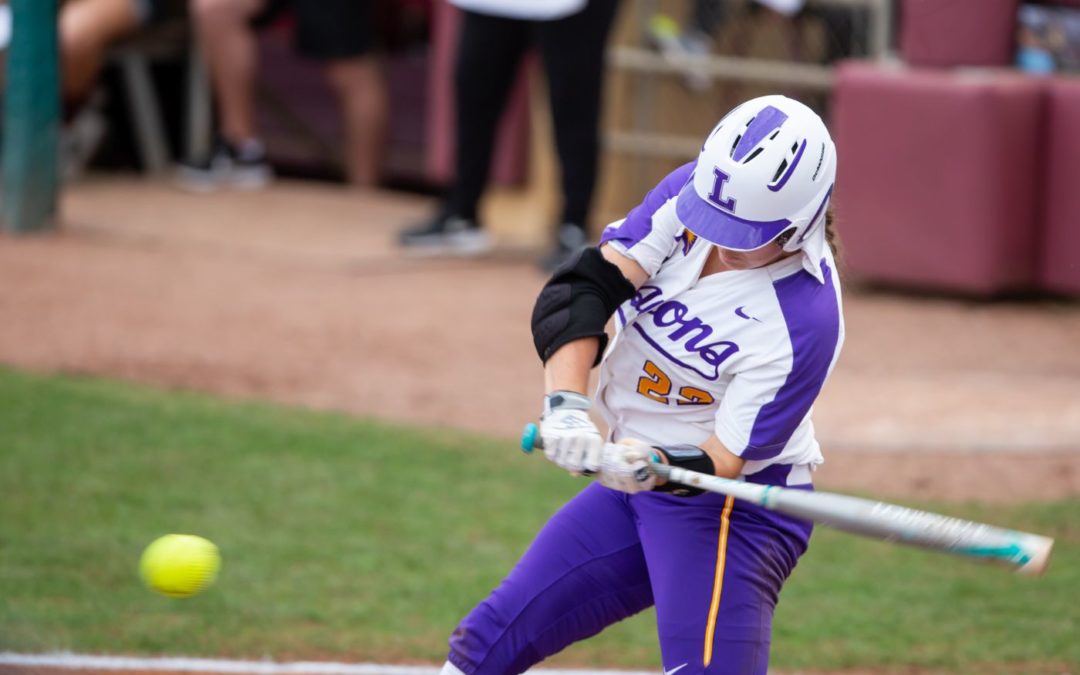 Jordan Fortel is no stranger to overcoming obstacles in her softball career, but despite her unconventional journey to Lipscomb and her recent injuries, she continues to pull through for her team as both a hitter and pitcher.

Fortel is halfway through her senior season at Lipscomb and is leading the team in multiple-hit games, hitting streaks and a reached base streak of 35.

“This season has been great so far,” Fortel said. “I think we’ve gotten off to a really great start, and I’m excited to see where we go from here.”

Her college softball career has been nothing shy of success. She was named 2017 TCCAA Pitcher of the Year and D1 Softball and ASUN Pitcher of the week for her no-hitter game against Ole Miss last year. She has quickly become a key player for the team, but she hasn’t always been a Bison.

“Lipscomb is actually the third school that I’ve attended,” Fortel said.” I’ve only been here since last year when I transferred. I kind of had some connections here, and it just worked out. It’s been a good journey.”

After attending the University of Tennessee Chattanooga for a year, Fortel moved closer to her home in Greenville to attend Walter State.

“I was led by the Lord to leave UTC, and it just wasn’t working out,” Fortel said. “I’ve ended up in a lot better situations.”

She grew up playing travel softball with junior Hannah Duvalt, and with only one year of eligibility at Walter State, Fortel made the move to Lipscomb.

“This community is just so much different than communities I’ve been a part of before because it’s so close-knit and everyone knows everyone,” Fortel said. “At UTC, you just kind of felt like another player, like no one really genuinely cared about you outside of softball.”

Fortel’s life has been about softball ever since her childhood when she would watch her dad coach from the dugout wearing the team’s helmet.

“I was the kid that was always in the dugout,” Fortel said. “You couldn’t keep me out.”

She started playing competitively in middle school after her family moved to Tennessee. Since those early days, Fortel has become a powerhouse on the field even after injuries forced her into new positions on the team.

“I had an injury to my leg last year, and this year it’s been an injury to my arm,” Fortel said. “That’s the kind of thing that everyone on this team had dealt with at some point–is just injuries here and there. That’s been challenging to overcome because sometimes you expect to be in one role and all of a sudden you’re in a completely different role.”

Fortel developed a SLAP tear in her shoulder that prevents her from always playing in her usual role as a pitcher. The tear is not something that is going to get better, according to Fortel, forcing her to become an adaptable player on the team.

“I’ve done a lot of treatment for it, and I haven’t been able to pitch as much because of it, but other than that it’s been all right,” Fortel said.

Head Coach Kristin Ryman said that Fortel had been able to step into an important role in the hitting lineup and gain a new defensive perspective by playing first base.

“We just felt like we really lost the ability to use her as a pitcher for a while, but she is such an important hitter in our lineup that we knew we’ve got to find a way to keep her bat in the order,” Ryman said. “She’s just that power hitter that nobody really wants to face.”

Throughout her softball career, Fortel has proven that she can put in the work on the field, but Fortel said team dynamics off the field are just as important to her. The team spends as much time together as they can eating meals or reading a book together in order to create a safe space for them to be open with one another.

“We really want to put [in] time and connect with one another, and that makes us more successful on the field,” Fortel said.

Despite her setbacks and short career at Lipscomb, Fortel has stepped up on the team and become an important addition on and off the field.

“She just brings that competitive spirit,” Ryman said. “She just has a presence about her that oozes competitiveness, and I was that way as a player, so I appreciate that about her. She goes up there and every single at-bat you know she’s going to fight for our team.”