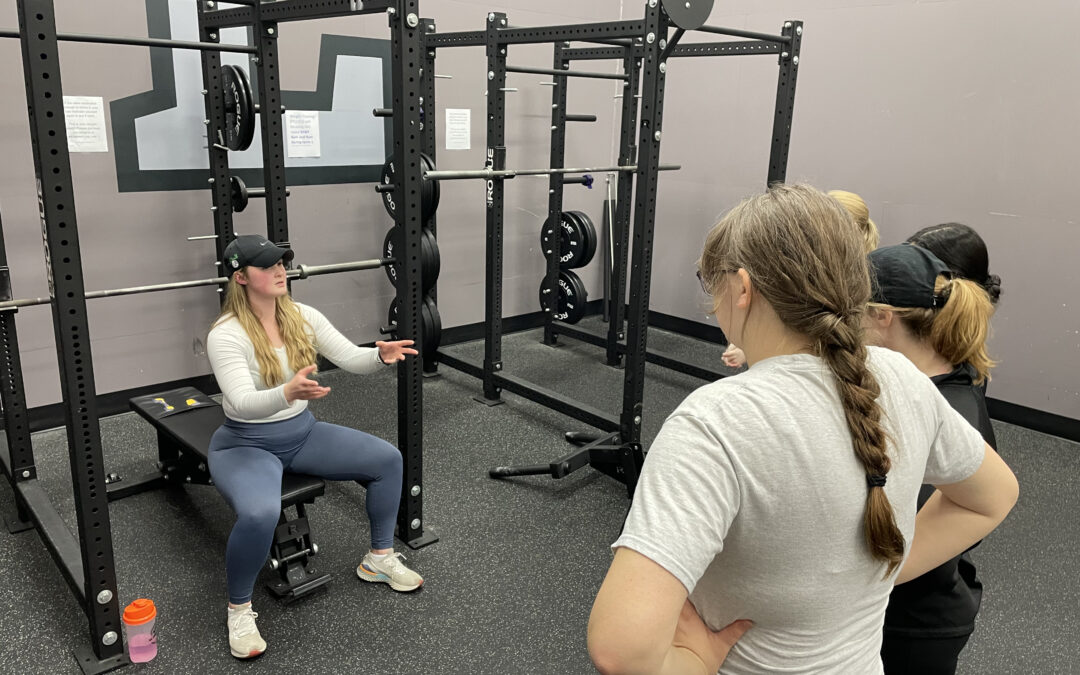 The first Women’s Only Lift Night took place Wednesday night in the Student Activities Center. This ladies-only weightlifting night was advertised around campus for the past couple of weeks, promising female Lipscomb students a place to work out in peace.

Despite it being a cold and rainy night, dozens of women showed up ready to lift and learn. What ended up being a night filled with laughter, growth, and community, began with one simple question: where can I help?

This question was asked by transfer student Haley Gaines, a junior majoring in dietetics and minoring in exercise science. Gaines has been a trainer for six years, and before that was in the marine core for eight.

It was in her years at the marines that Gaines realized her passion for women in fitness. She found it frustrating that she was the “only female surrounded by men that didn’t know anything about [her] body.”

After years of training, she found that women would approach her in the gym and ask her questions.

“I could tell that a lot of women were intimidated,” Gaines said, “and that is why Ladies Lift Night became a thing.”

Gaines took her frustration around women’s discomfort in the gym and the judgment they often receive for their abilities and created the heart behind Ladies Lift Night.

“I just want women to have a place where they feel confident not only on the outside but on the inside. [They should] have a place to believe in themselves.”

The results are in, and the Women’s Only Lift Night did just that. The safe space Gaines tried to create was successful according to Amanda Higginbotham, a junior mechanical engineering major. When asked about her thoughts on the night, she said: “it is nice to be around girls so it is a little more comfortable.”

Though Higginbotham reported that she worked out a couple of times throughout the week, she was drawn to Ladies Lift Night by the fact that she “knew that there would be girls teaching.”

Not only did Gaines create a safe space, but one that cultivated confidence. Anna Davidson, a sophomore in civil engineering, reported that her favorite part of the night was “getting that confidence to be able to work out on [her] own.”

When will Ladies Lift Night happen next? Gaines is hoping with the surprising turnout and supportive community that began tonight, Ladies Lift Night a bi-weekly event, and to “find a time that works best for most women.”

Details for the next Ladies Lift Night have not yet been finalized, but Gaines says that plans are currently in the works.