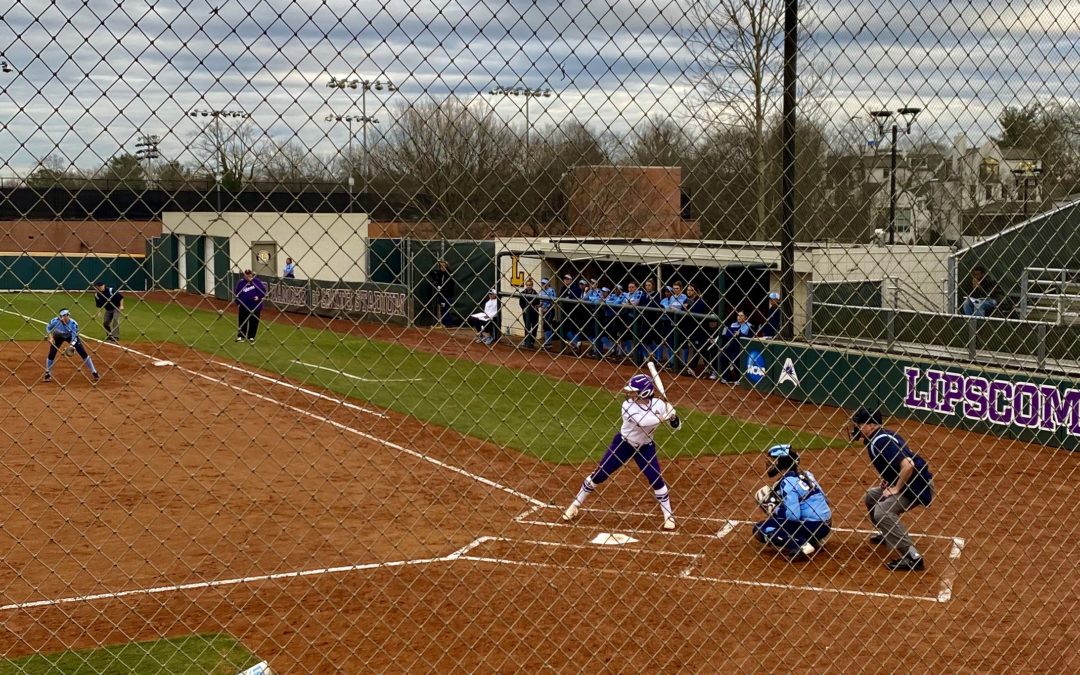 The Lady Bisons softball team beat North Carolina Tar Heels 12-2 in five innings at Draper Diamond, in their last game before the suspension of sports until mid-April.

The Lady Bisons took control of the game early, scoring four runs in the first inning. The first two came from an RBI single by Hannah Devault to deep center field that allowed Peyton Ward and Presley Leebrick to score.

Immediately after scoring, Olivia Ward came up to bat. Ward followed up Devault’s single with a two-run shot over center field to increase the Lipscomb’s lead to 4-0.

“I thought offensively we came out swinging and swinging well from the get-go,” said Lipscomb coach Kristin Ryman.

North Carolina managed to get only one run out of the top of the second thanks to a sacrifice fly from Lexi Godwin to make it a three-run game.

The bottom of the second inning was much like the bottom of the first, with Lipscomb putting up another four runs. This time it was from a Hannah Devault grand slam that gave the Lady Bisons an 8-1 lead.

In the bottom of the fourth the Lady Bisons put the game away. It first started with a throwing error that allowed Peyton Ward to score from second base, making it 9-2.

This was followed by a three-run homer to center field from redshirt freshman catcher Kamrie Rich, increasing the lead to 12-2 and enforcing the run rule.

Two Tar Hell runners got on in the top of the fifth inning, but Katie Turner finished off the game strongly and didn’t allow any more runs to secure the win. Turner pitched all five innings with four hits allowed and three strikeouts.

North Carolina went through five pitching changes, with none of their pitchers lasting more than one inning.

This win is the Lady Bisons’ second win over an ACC opponent; they beat Duke 2-0 earlier in the season.

Ryman said that it is very important to challenge themselves as a team before conference play starts.

“We’re always up for the challenge,” Ryman said. “It’s what we do when we make our schedule at the beginning of the year is that we want to challenge our girls before we get to conference play.”

Update: On Thursday, the ASUN suspended all intercollegiate competition, effective immediately, through at least April 5 because of concerns over the coronavirus.