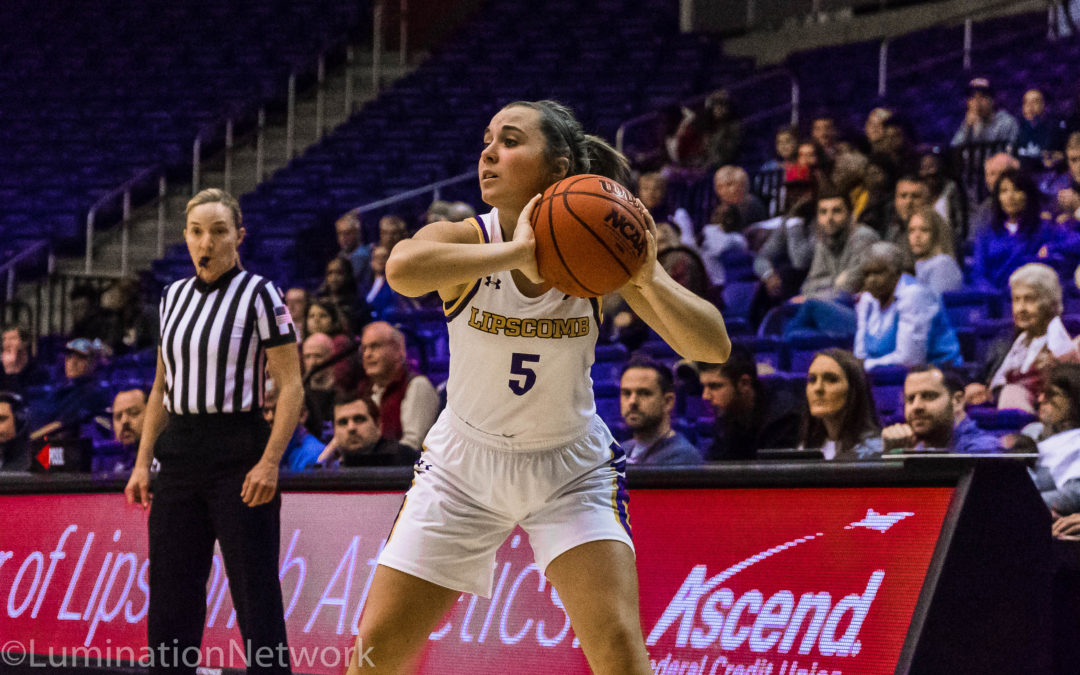 Carleigh Short hit a second-chance three with 12.8 seconds on the clock to tie the home-opener and clear the way for a home-debut victory for new women’s basketball coach Lauren Sumski.

“She’s [Carleigh] been a big shot maker her entire career,” said Sumski, after the 71-69 victory over Northern Kentucky. “We knew we wanted to get her a look, this was a play we put in earlier that they executed really well so I was really excited for her to knock down that shot.”

“We completely trusted Dorie,” said Carleigh Short. “We knew she was gonna hit both of them, so in our minds, we were just saying, ‘nothing long’ because we knew they couldn’t get a layup they had to throw it long and so Dorie stepped up big and got the win for us.”

Northern Kentucky led for much of the first quarter, but Lipscomb responded with a second-quarter rally to take the lead into halftime. But in the third and fourth quarters the lead was back and forth changing 11 times during the game, and neither team could get separation until the final whistle.

This was a delayed home-opener, because the previously scheduled game opener against Cincinnati Christian was canceled due to CCU closing its doors.

Sumski said she expects lots of growth from this team that has already seen improvements since their first two away games.

“I expect us to just be a team that gets better every single day,” said Coach Sumski.

“We’re really still young and still learning each other, figuring it out, new system, expectations, stuff like that. I expect us just to continue to really to just keep getting better, hopefully playing out best basketball into February, early March.”

The Lady Bisons will play Murray State, once again at home on November 19th at 6:30 pm.