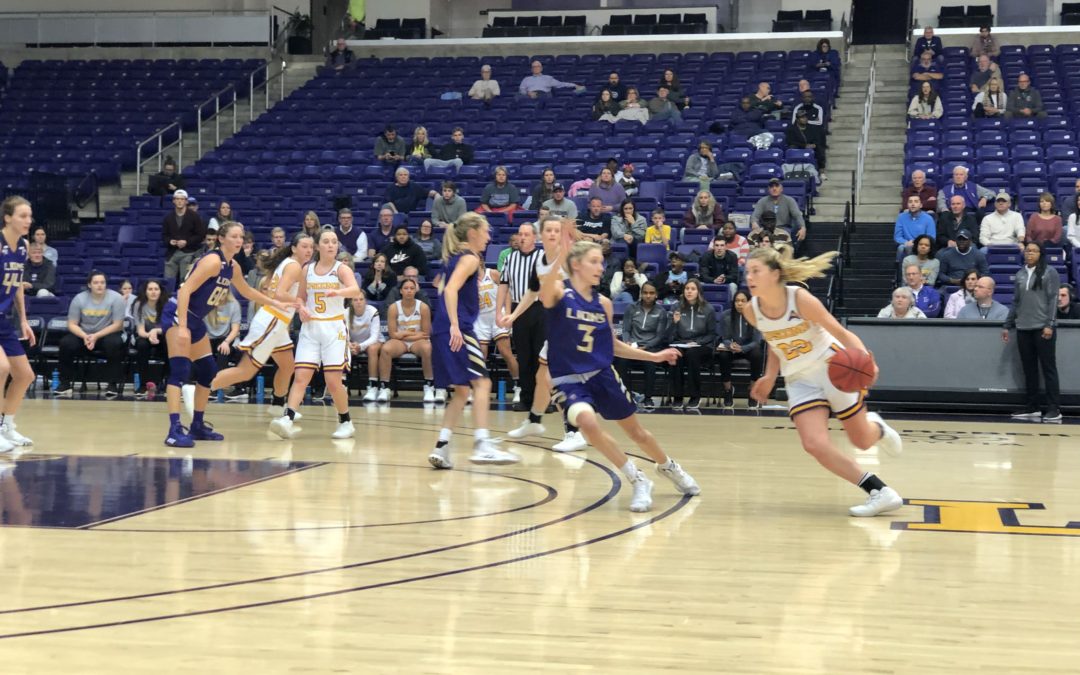 The Lipscomb Lady Bisons (4-12, 1-2 ASUN) struggled to stick with the faster, more pressuring style of defense of the UNA Lions (12-3, 3-0 ASUN), falling 84-72. Lipscomb was also extremely limited from the free-point line, a spot where it has been dominant from (.799 percentage from the line entering the game).

Though they only led for a total of 1:53, the Lady Bisons kept it close for much of the first half. Turnovers plagued both teams early, as both teams gave up possessions leading to easy fast breaks and scores for the other side.

Both teams settled in after the early run by UNA, making it a much closer affair, with the Lady Bisons taking their first lead on a 3-point shot from freshman guard Blythe Pearson late in the first quarter.

Much of the second quarter was similar to the first, with the Lions staying in front but Lipscomb doing enough to keep it close.

That all changed when a combination of poor ball handling and passes leading to turnovers (Lipscomb ended the half with 10 total compared to UNA’s four), only shooting 16.7% from the field in the quarter, and an inability to get to the free-throw line (going 0-2 in the half) where the team has been so dominant saw UNA going on a 17-0 run to end the half ahead 38-22.

Although for much of the third quarter the damage caused by the end of the first half did not get worse, a three and a layup from UNA’s senior guard Ivy Wallen had Lipscomb fall behind by 20 points.

However, Lipscomb didn’t stop fighting, and finally scored from the free-point line late in the third quarter to get the Lions’ lead back down to 14 points, and another 3-pointer from Pearson dropped the lead to 13. A series of possessions filled with missed shots, fouls, and turnovers from both teams ended when Lipscomb’s freshman guard Casey Collier hit a three and another pair of free throws and the Lady Bisons found themselves back in it, only down 10.

Lipscomb flipped the script and shot 52.9% from the field in the quarter, whereas UNA only shot 38.9%.

Lipscomb’s scoring run would continue into the first couple of minutes of the fourth, with Collier hitting the first three baskets of the quarter to cut the Lions’ lead to just four points, but UNA would go on its own run led by Wallen to put the team back up by 11 at the final media timeout.

Collier and junior forward Taylor Clark, the reigning ASUN player of the week, would foul out late in the game, and the Bisons were never within 10 points again.

Clark, Collier, and freshman guard Jalyn Holcomb all ended the game in double figures for the Lady Bisons, and Wallen, senior forward Brittany Panetti, and junior forward Olivia Noah did the same for the Lions.

Lipscomb will face Kennesaw State at home on Monday to try and get back to even in ASUN play.