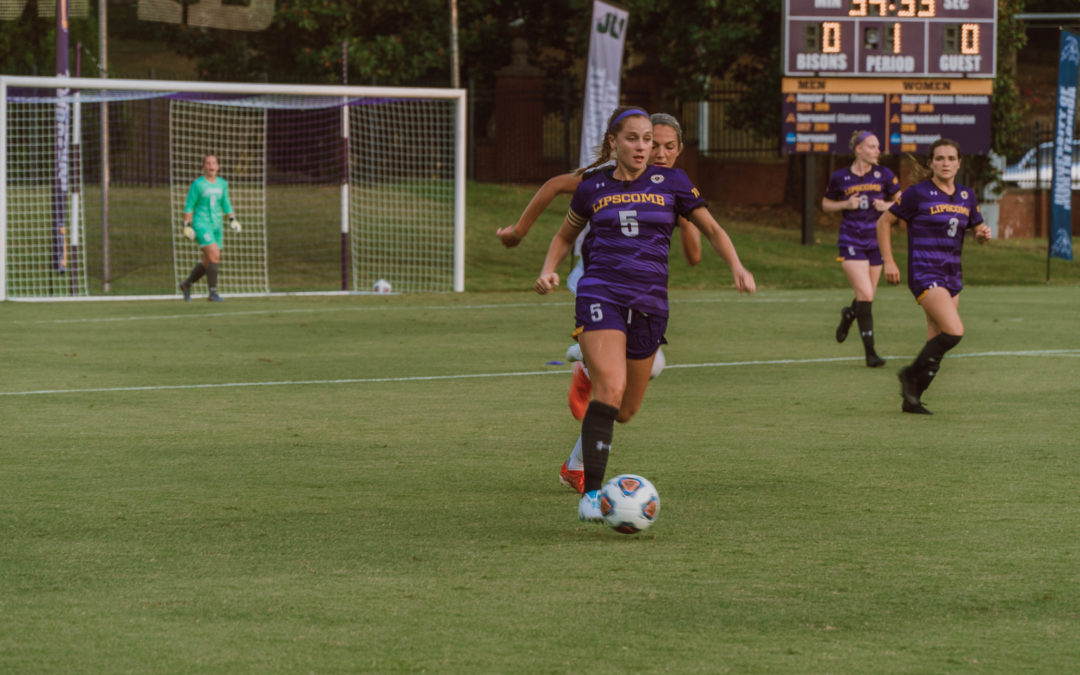 Neither team was ever able to fully gain control of the match as play stretched into overtime and then double overtime, where the final result was a 1-1 tie after 110 minutes of play.

The Eagles seemed to take control of the game in the 15th minute when senior midfielder Marjorie Boilesen put the ball in the back of the net off of sophomore midfielder Ashlee Brentlinger’s assist, but sophomore midfielder Kristi Jones was able to respond shortly before halftime for the Bisons leveling the score once again.

Entering the second half, it was clear to see why these two teams were ranked first and second in the preseason ASUN poll, as impenetrable defense and smart possession fought through the heat to keep both teams scoreless for the final 45 minutes of regulation.

Lipscomb was able to do this by keeping FGCU’s all-American senior forward Evdokia Popadinova quiet.

“We highlighted two players, 17 [senior forward Evdokia Popadinova] and 25 [senior midfielder Marjorie Boilesen]; 25 got the goal so we didn’t do quite exactly as we game-planned, but they are super talented,” Lipscomb’s head coach O’Brien said. “As far as shutting down Evie [Popadinova], our defenders knew that those two were their primary point-getters, the ones that lead their team in all the offensive statistical categories. When those two are around the ball, I know that there is an extra level of focus, and I thought that our girls did great with 17.”

The sudden-death overtime periods gave the Lady Bisons several opportunities, including a wide-open shot from senior forward Olivia Doak, to win this closely contested matchup, but they were never able to convert.

“This was our first overtime game of the year, whereas Gulf Coast [FGCU] and a lot of other teams have had multiple games where they have gone into overtime,” O’Brien said. “So for us, it was great to get a game in overtime. It was great to see our team compete for that extra period, which is always taxing on us mentally, physically, and I thought our girls did a great job.”

The final scoreline was representative of the evenly matched competition as the Eagles held just a one-shot advantage, 19-18, over the Bisons, and possession was evenly split between the two talented squads.

“It [this tie] should be a confidence booster,” O’Brien added. “We played well, we created some phenomenal chances, we could’ve won the game on a few different occasions that on other days we might have. It was a great start; I’m super proud of the girls, and I love coaching them.”

With this tie, both teams receive a point and remain tied atop the ASUN standings.