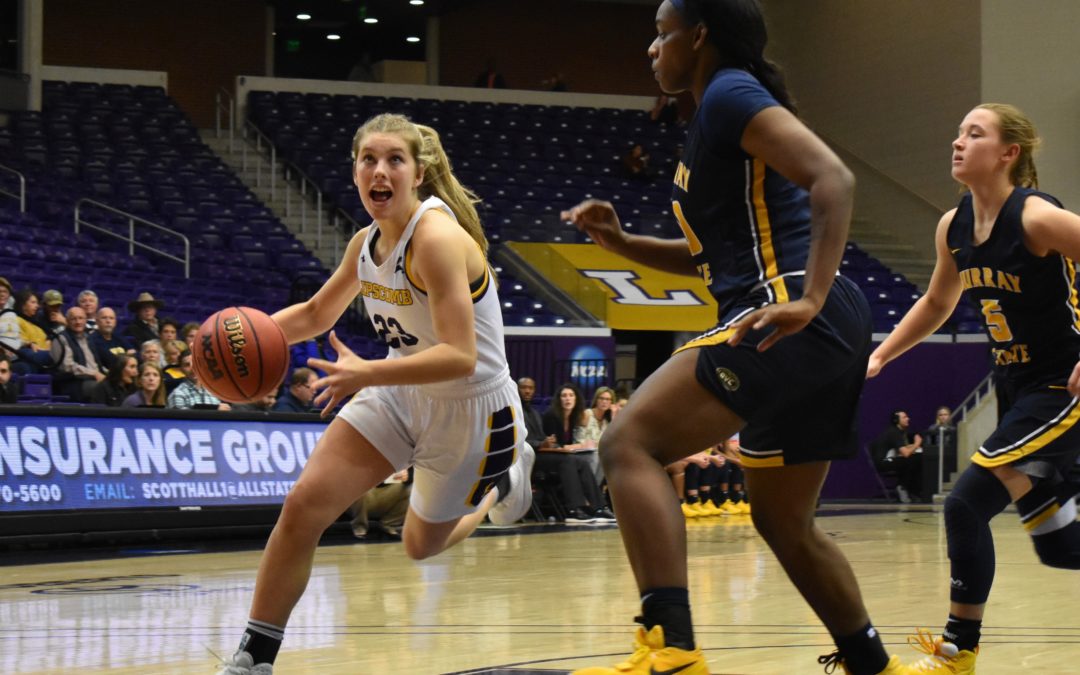 Sparked by Lady Bisons’ turnovers, the visiting Murray State Racers staged a late-game comeback to walk away with a 67-57 victory in a game that has Lipscomb coach Lauren Sumski perplexed.

After holding the edge in the turnover battle in the first half, Lipscomb allowed 15 second-half turnovers while Murray State only allowed three.

Despite the fact that the Lady Bisons were unable to hit a three-point shot until late in the second quarter, it was Lipscomb that jumped out to an eight-point early in the game.

Entering the second half, the Lady Bisons extended their lead to 10 before four consecutive turnovers cut the lead to three.

“They made a lot of the shots that we gave them from poor communication and poor transition,” Sumski said.

The Racers took advantage of these missed opportunities from the Bisons and went on 25-9 run to close out the game behind sophomore guard Macey Turley’s 20 points and freshman forward Macie Gibson’s 19 points.

“We are better than that defensively,” Sumski said. “But tonight I felt like they beat us to 50-50 balls, and they turned it on when it mattered. We didn’t respond in the second half when they went on their run.”

The Lady Bisons continue to play this weekend in the inaugural ASUN-MAAC tournament that will be hosted at ESPN’s Wide World of Sports in Orlando, Florida.

“It’s really important with young teams to build chemistry all the time. With the business of the season, we have missed out on some things, some building opportunities that we have taken advantage of,” said Sumski. “I think it will be good for us to travel somewhere together, to focus on each other for a couple of days, and to hopefully compete and play some good basketball.”