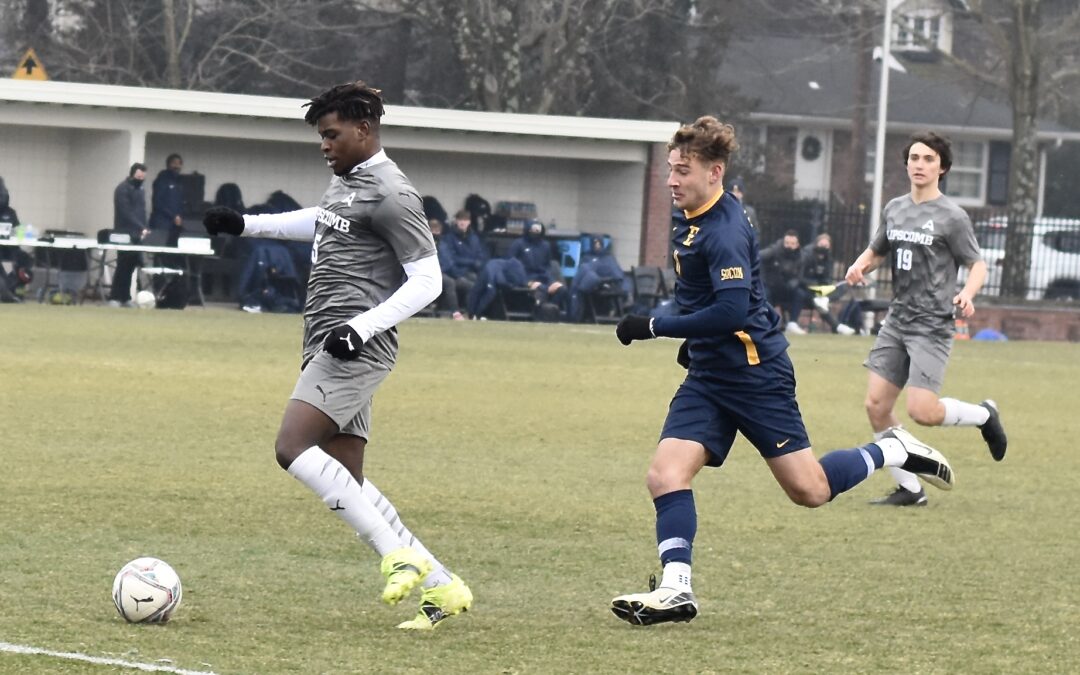 The afternoon was a chilly one, as flutters of snow fell at the Lipscomb Soccer Complex as a backdrop to a fiery matchup. The ETSU Bucs traveled from Johnson City with only victory in mind, but Ryan Dougherty quickly set the visitors back a peg.

The junior midfielder from Pennsylvania put away a free kick after just six minutes to give Lipscomb their third game-opening goal in their first three matches. Dougherty’s unassisted goal was his first of the season.

ETSU responded well, but a stout defensive line from Lipscomb kept the Bucs out of the net until 30 minutes in, when senior defender Austin Bilhmeyer set up senior forward Jared Leheta for the equalizer. The Montreal man put ETSU back on level terms, a scoreline that would hold for the rest of the half.

It was a clean first half, but the yellow cards came out in droves from the onset of the second half. Within just 18 seconds, South African junior midfielder Luto Tom received the game’s first disciplinary action, the first of four yellow cards over the course of the game for the Bucs. Meanwhile, Lipscomb accrued three yellows via sophomore defensive midfielder Thomas Priest, sophomore attacking midfielder Alejandro Lopez, and freshman forward Javanne Smith, last week’s recipient of two National Player of the Week honors.

Outside of fouls, it was a less eventful second half of play, with one exception being a long-range effort from Lopez. The Costa Rican nearly gave Lipscomb a second goal from outside the box, but his effort struck the post and stayed out.

The match looked destined for another cold period of play in overtime, but sophomore winger Hayes Wood delivered a headed goal from Dougherty’s cross in the 87th minute to seal the win for the Bisons.

With the victory, Lipscomb stays perfect at 3-0-0, while ETSU falls to 0-2-0 after losses to Xavier and the Bisons. Lipscomb heads to Huntington, WV to face the Marshall Thundering Herd next on Wednesday, February 17 at 2 PM Central, while ETSU will face the same opponent in the same location in their next matchup on the 23rd.