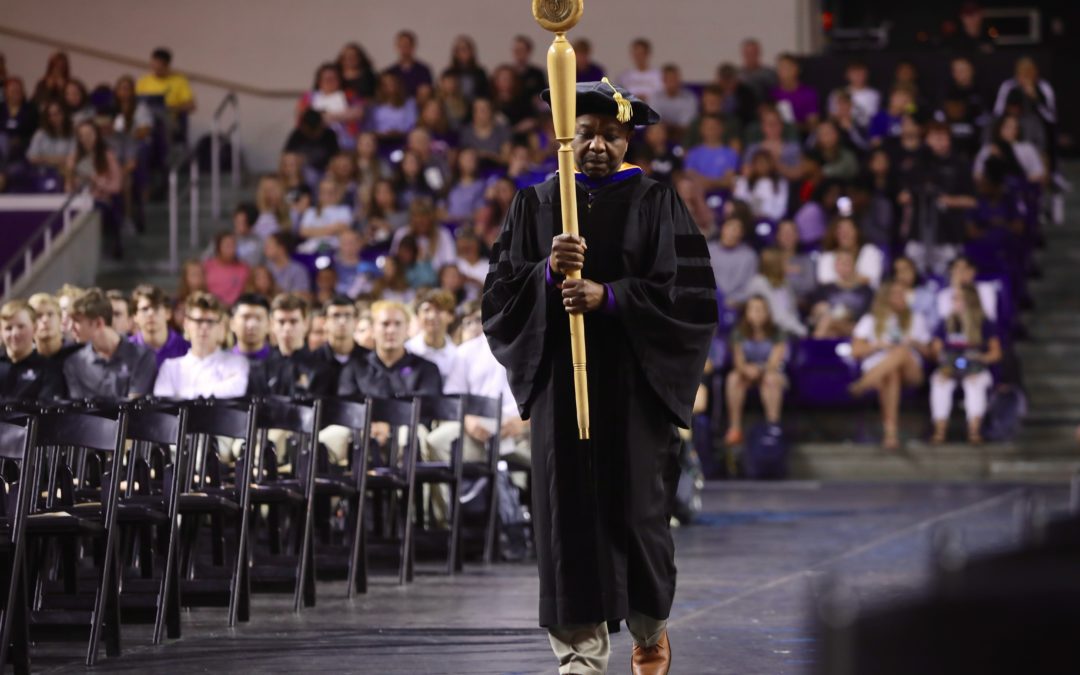 Larry the Cucumber was among the voices celebrating Lipscomb University’s 129th year at the August 27 President’s Convocation, during which both new parking plans and facilities were heralded.

This ceremony included the faculty and students from both Lipscomb Academy and Lipscomb University. Convocation started with the procession of flags representing the diverse culture of the student body and faculty. In the parade, 98 flags were displayed representing 55 nations and 43 states from across the world. Generous donors, who have given millions to help Lipscomb grow into an even bigger family, followed the flags. An example of the generosity: The AM Burton Society has given $2.5 million in scholarship.

That group was followed by The Nashville Pipes bagpipe trio which led the board of trustees, leadership team, and the president of Lipscomb, Randy Lowry, and wife, Rhonda, into the ceremony.

Soon after, the student body was led in song, before Chelsia Harris, the executive director of nursing gave, told students to pursue this academic year with perseverance and prayer.

A familiar cucumber then took over as Mike Nawrocki, who voices Veggie Tales’ Larry the cucumber, and the visiting professor of cinematic arts took to the stage. He told his story of pursuing medical school, only to strike up success with Veggie Tales and Big Idea Entertainment and Production. He said  Lipscomb students should to expect the unexpected and listen if God calls them outside their comfort zones

As the convocation was nearing the end, Lowry introduced singer/songwriter Ellie Holcomb, who shared her story and award-winning song, “Red Sea Road.”

Lowry then announced there would be a new parking garage and new expansions to Lipscomb Academy in the upcoming years. He also rang in the new school year with the unveiling of the new Starbucks and College of Entertainment building and spoke on the theme of this year: “Come and See,” as in “come and see” what the Lord has in store for the everyone at Lipscomb University in this academic year.

Lipscomb’s official 129th year of learning officially started with the closing tolling of the bells and prayer of good luck to every student and faculty member.

Check out this gallery by Ben Davis. 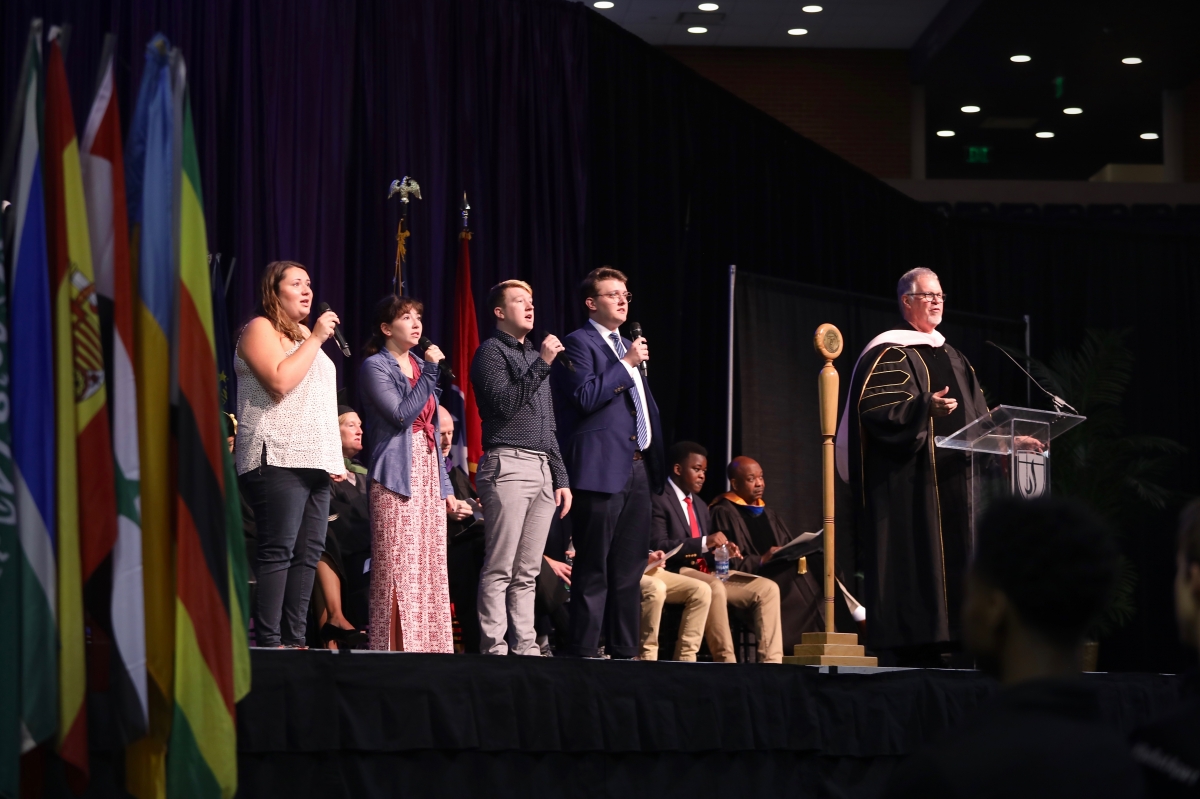 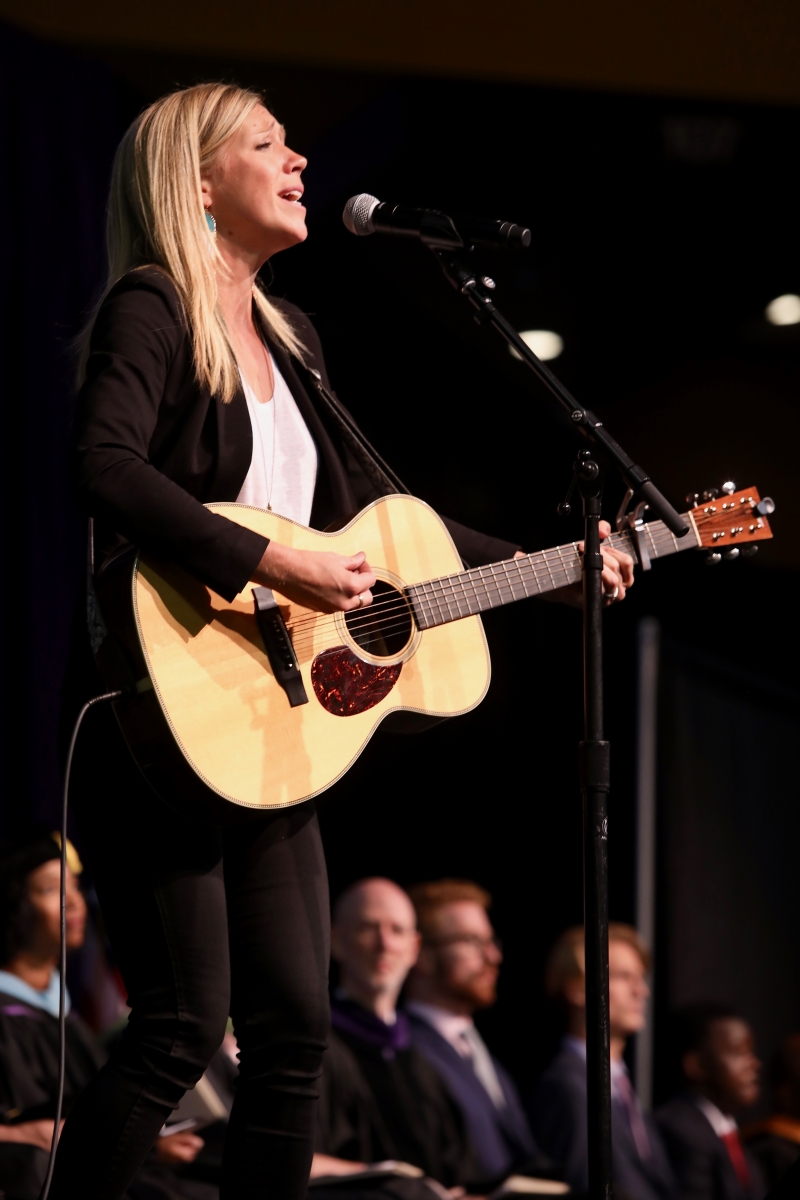 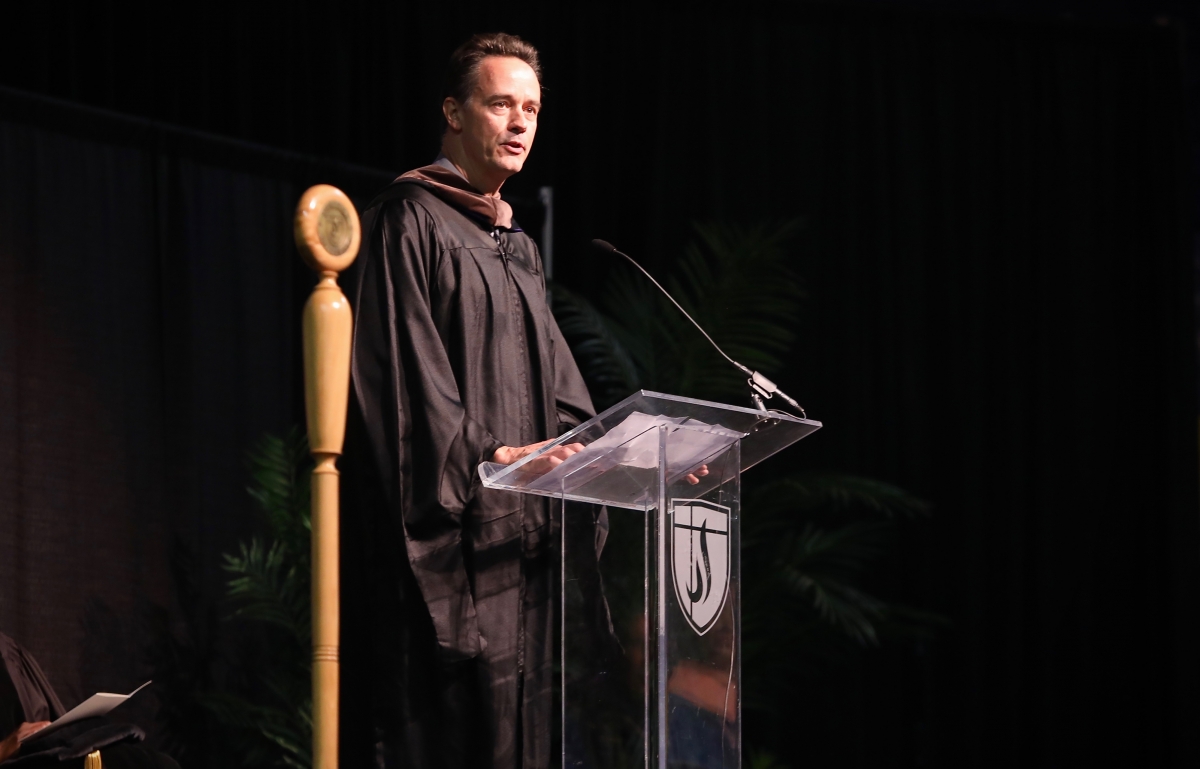 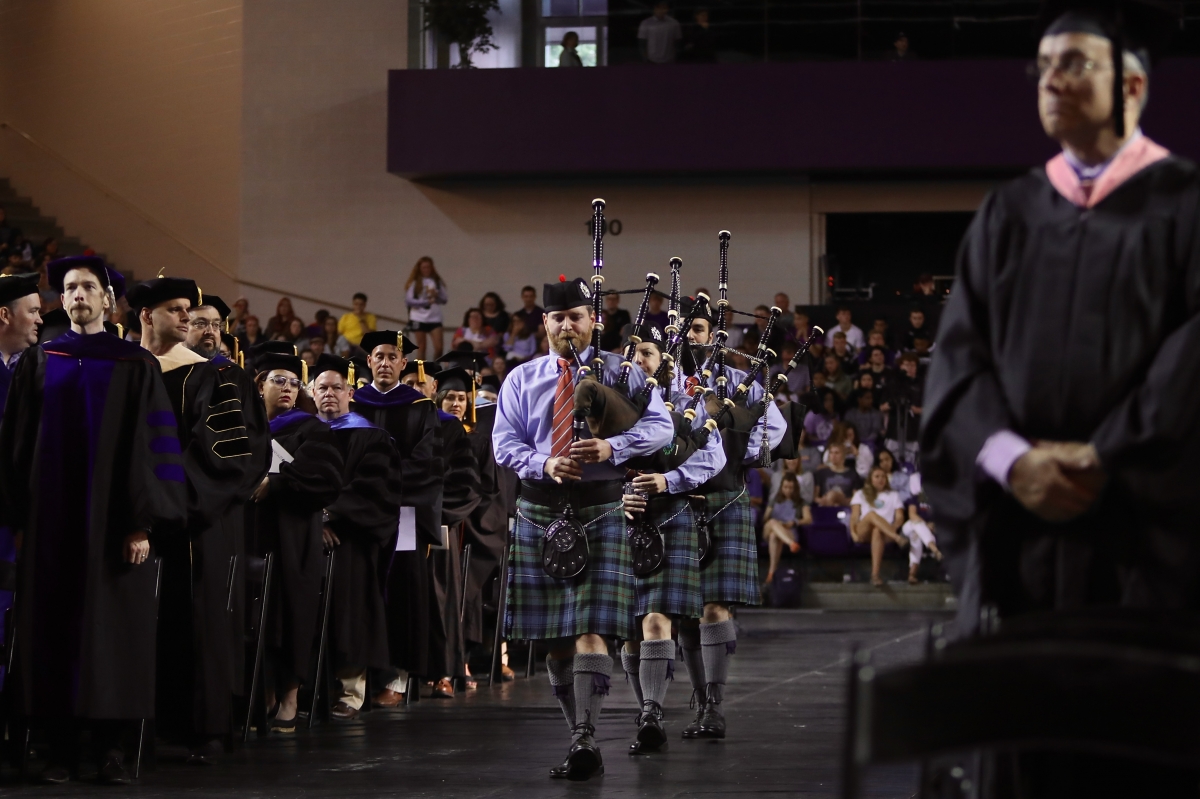 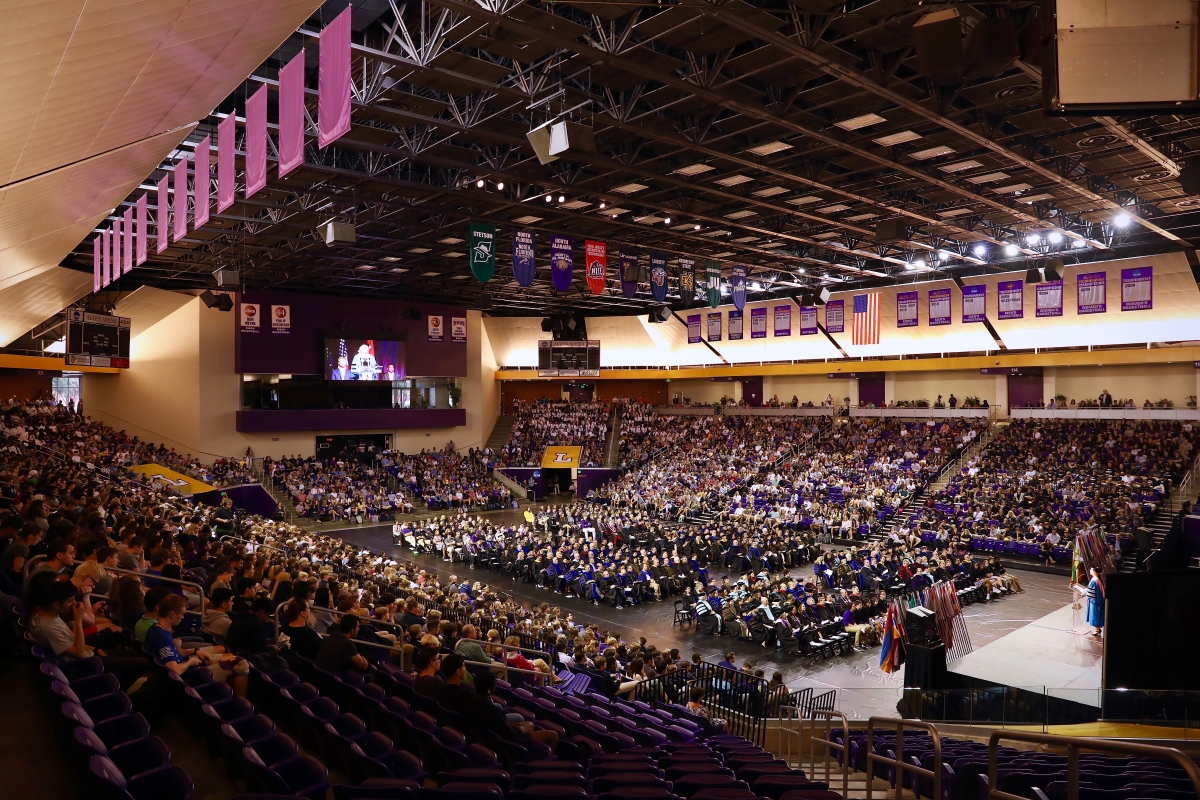 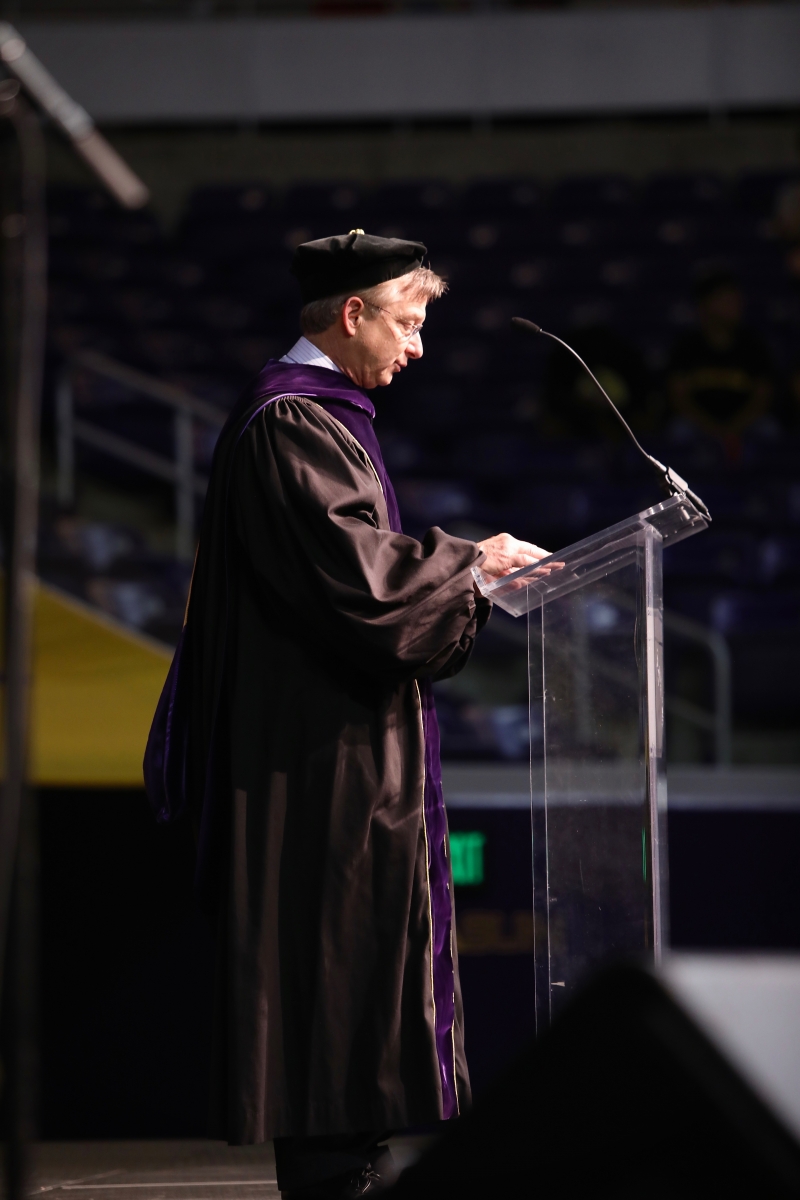 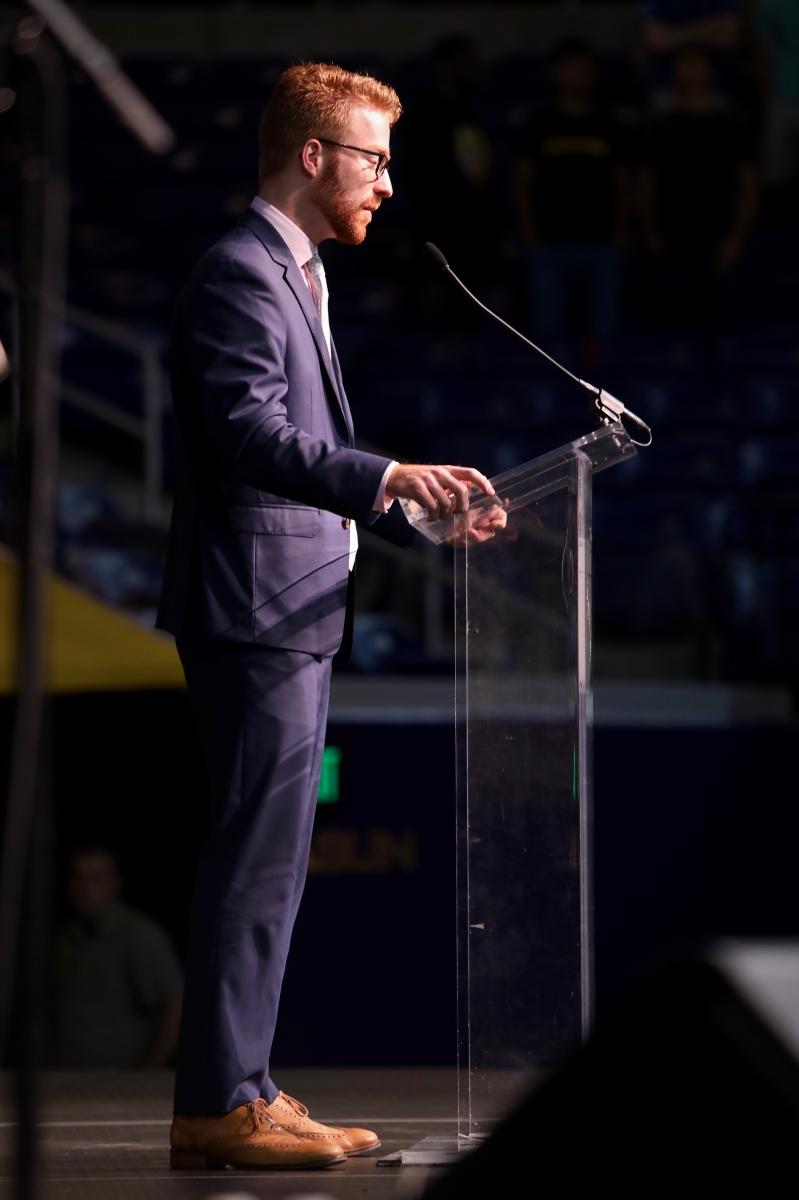 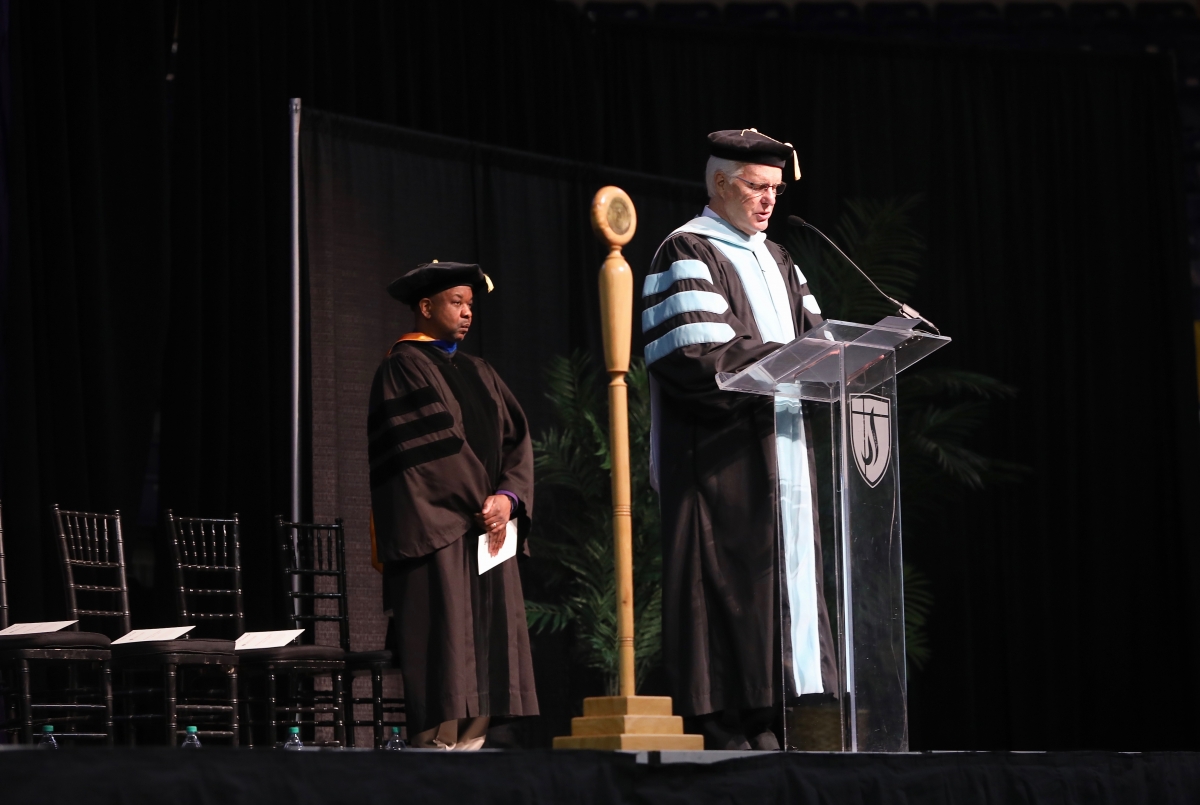 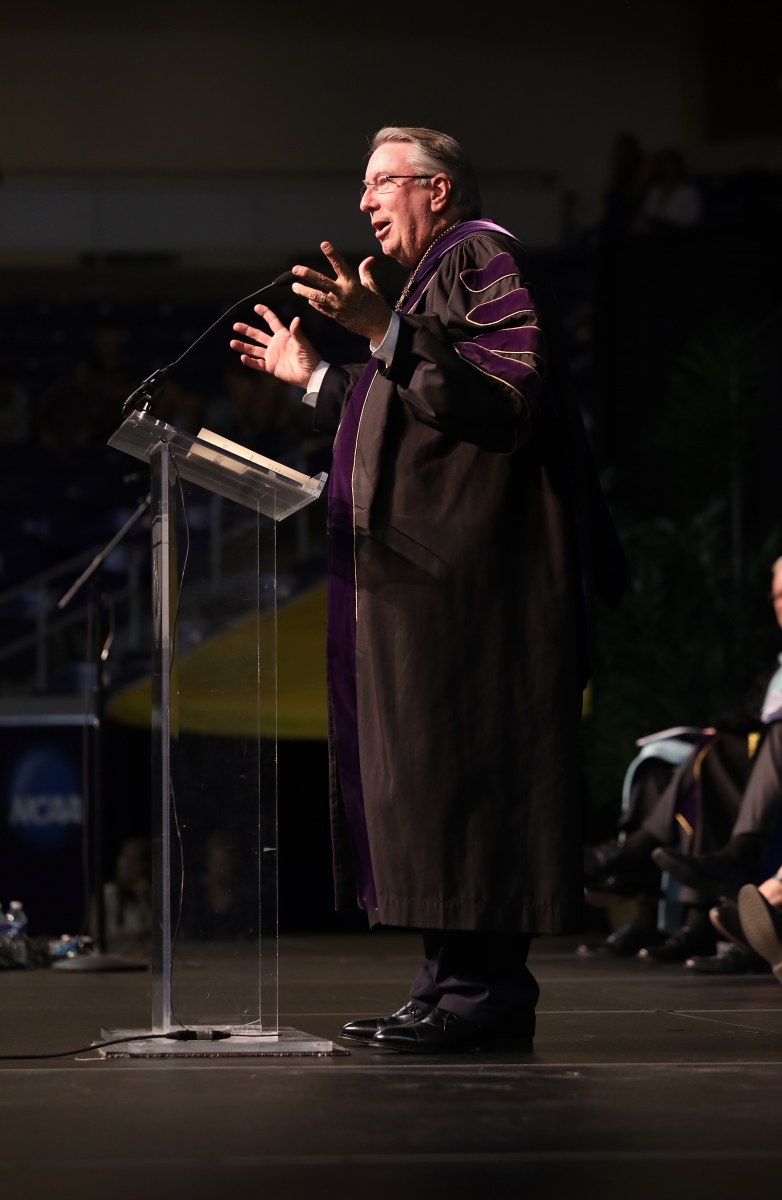 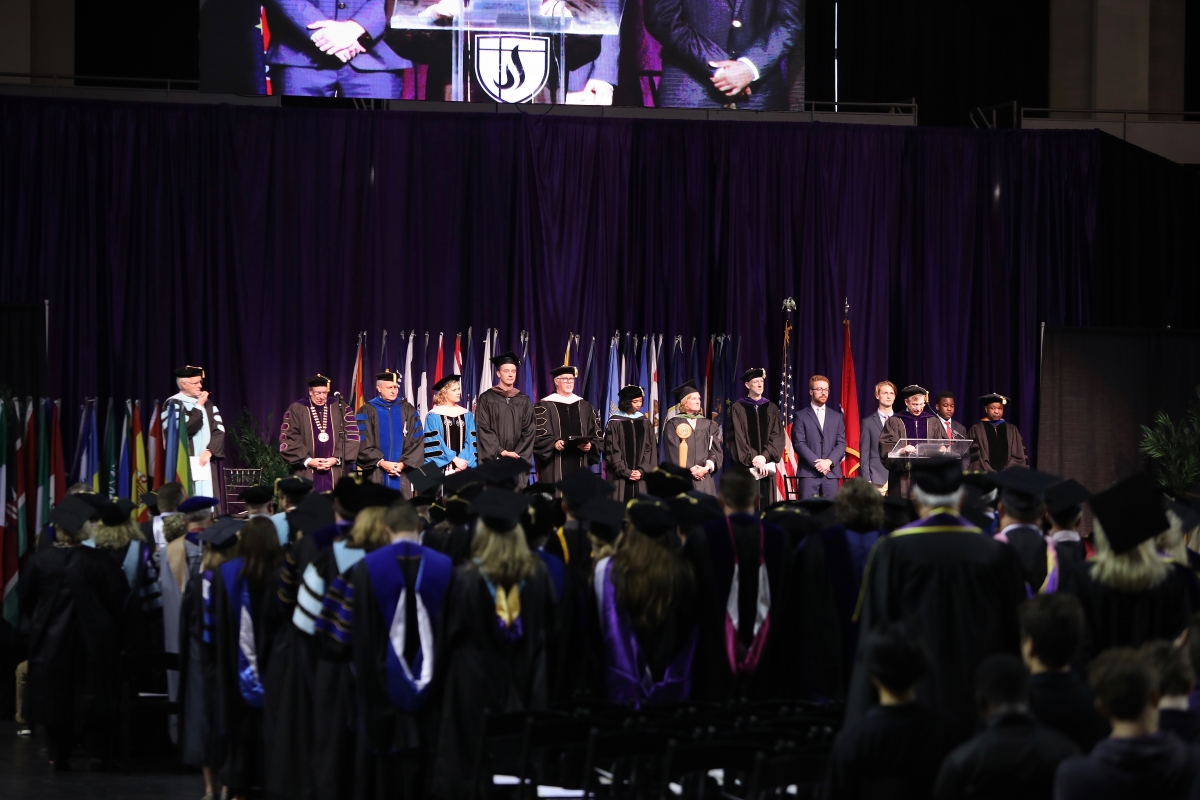 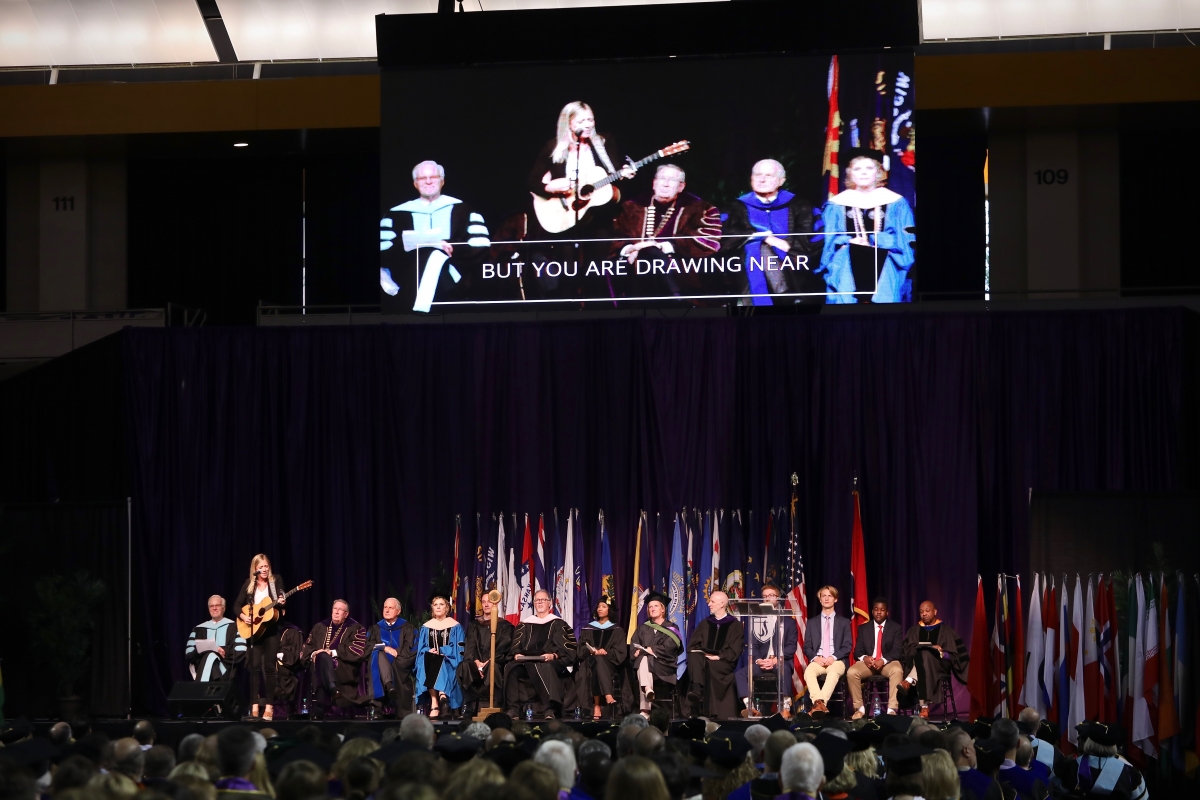 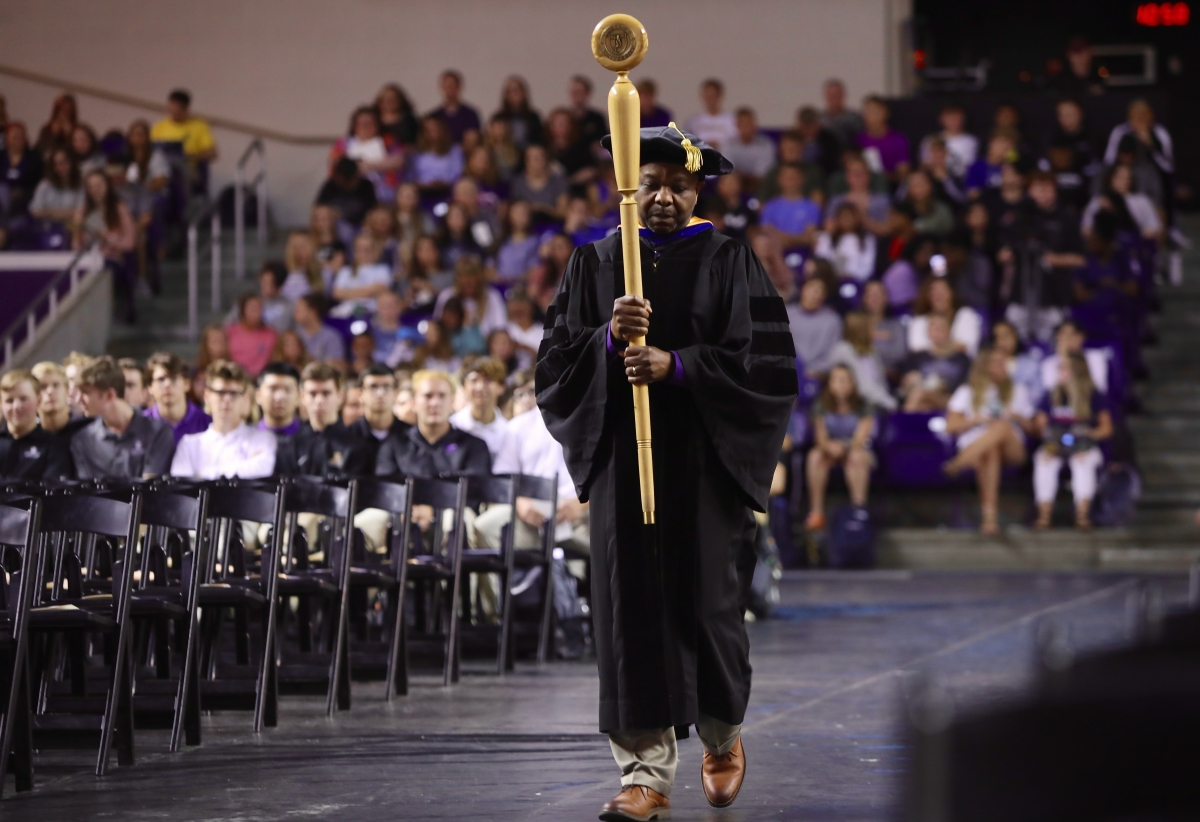 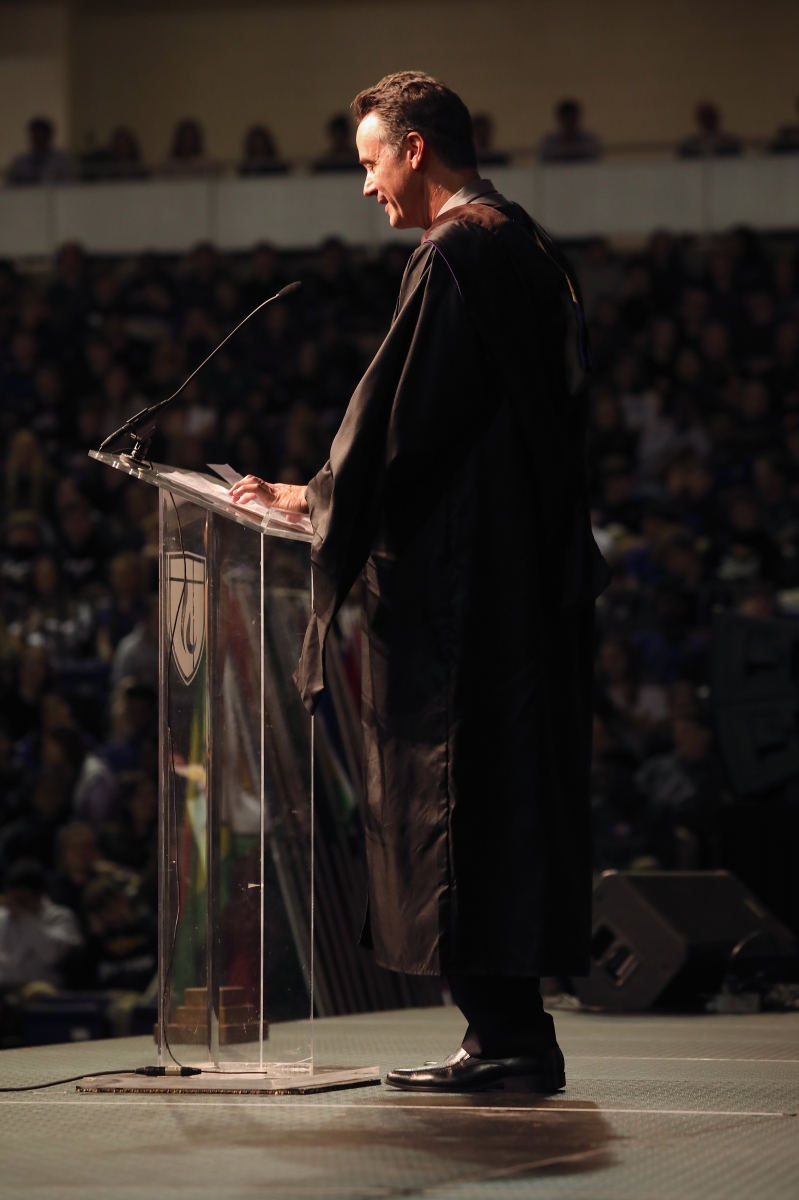 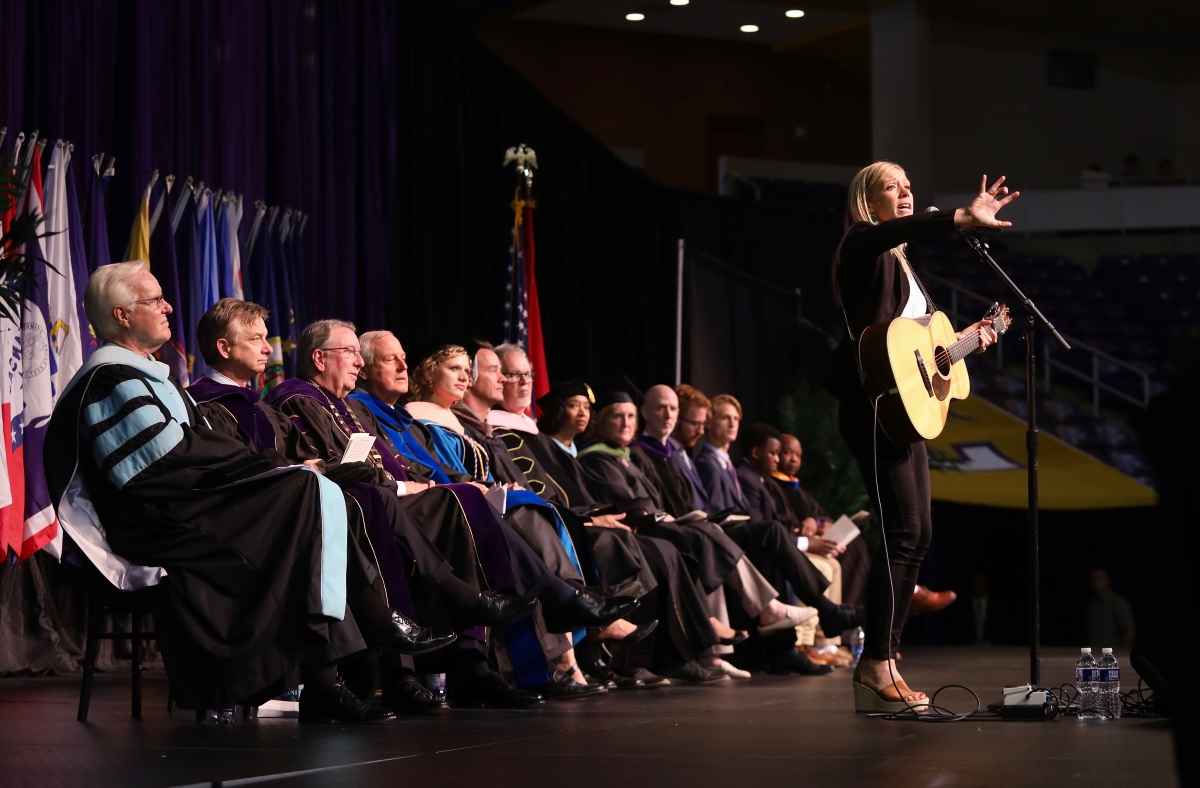 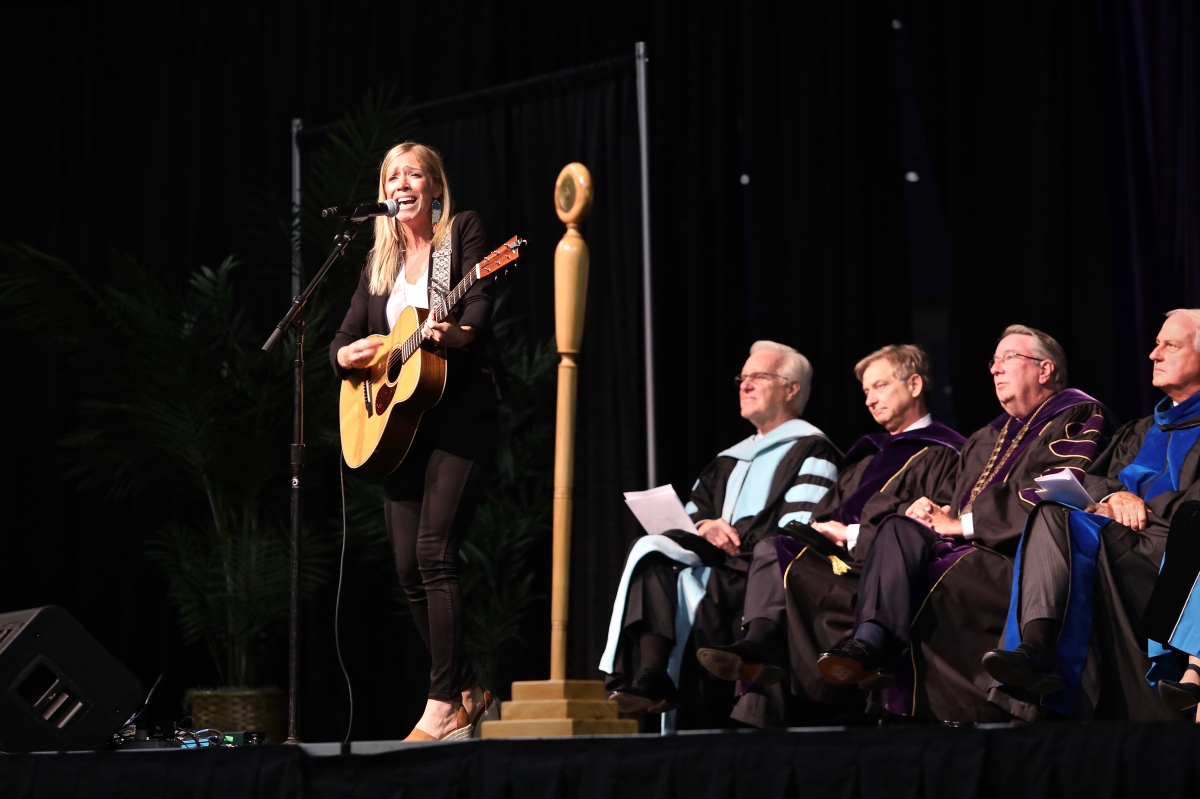 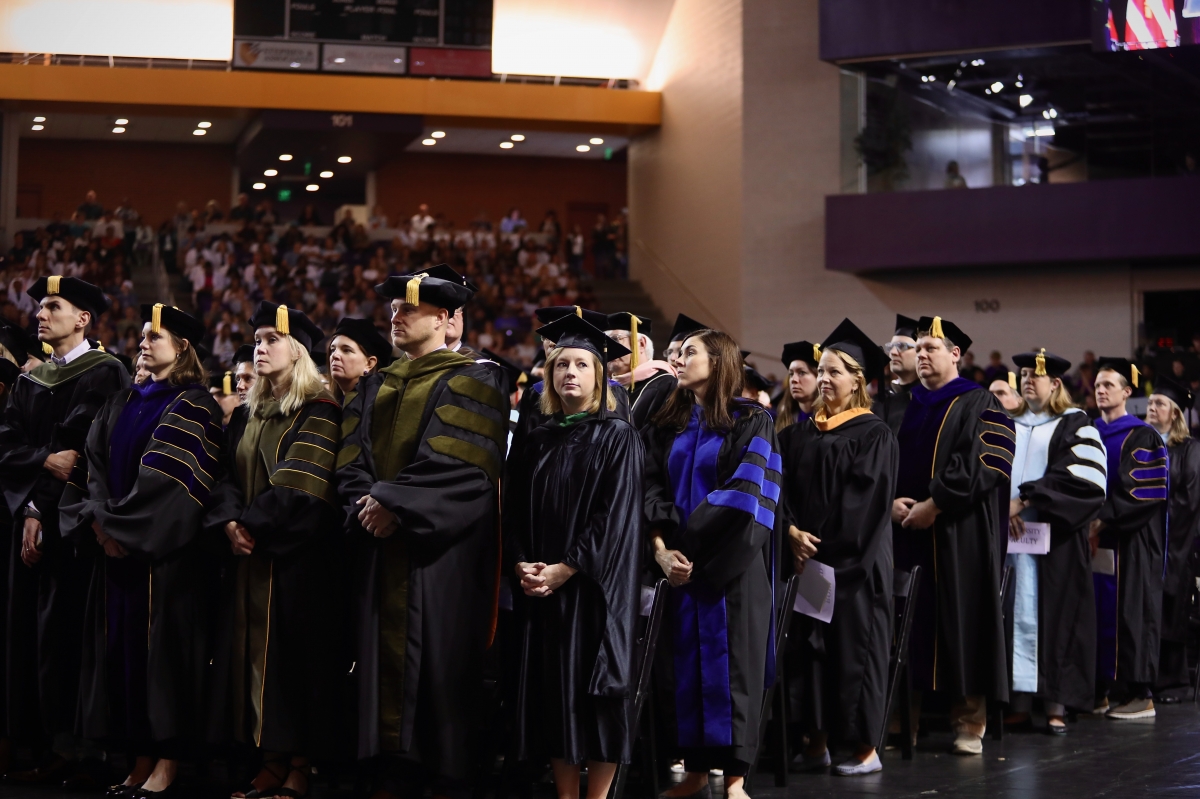 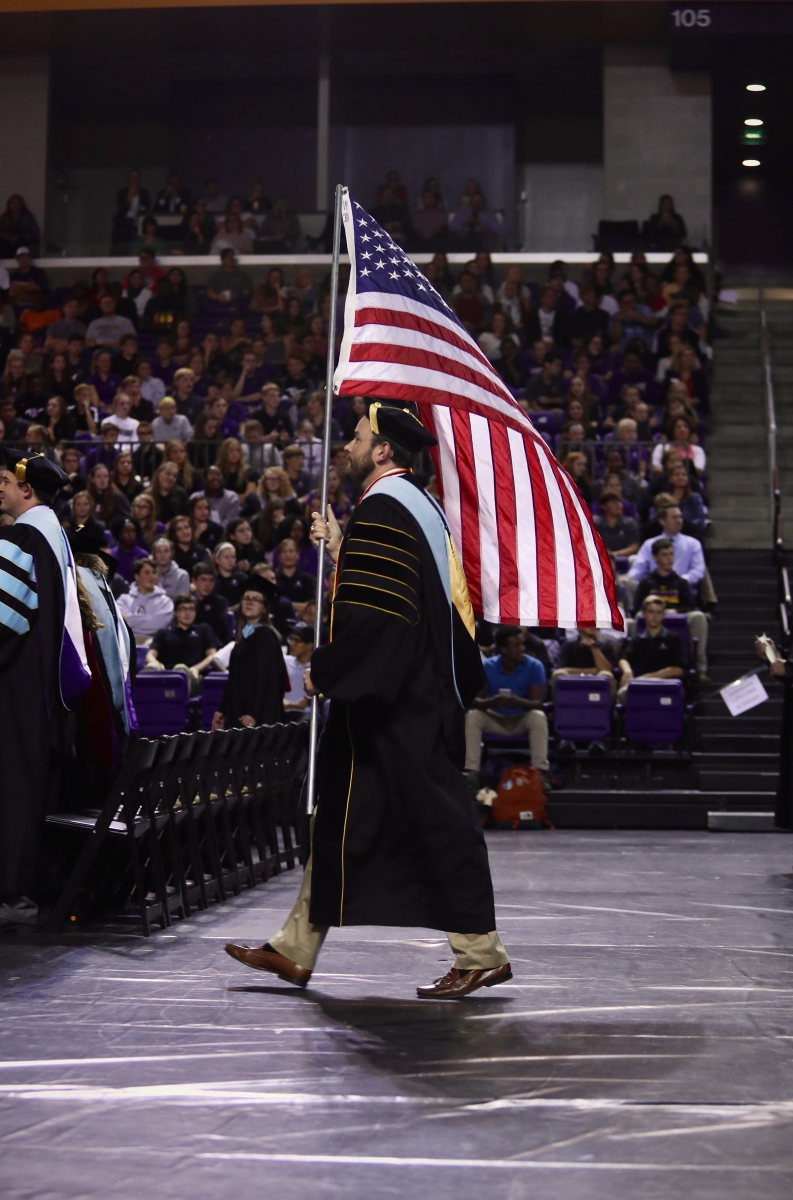 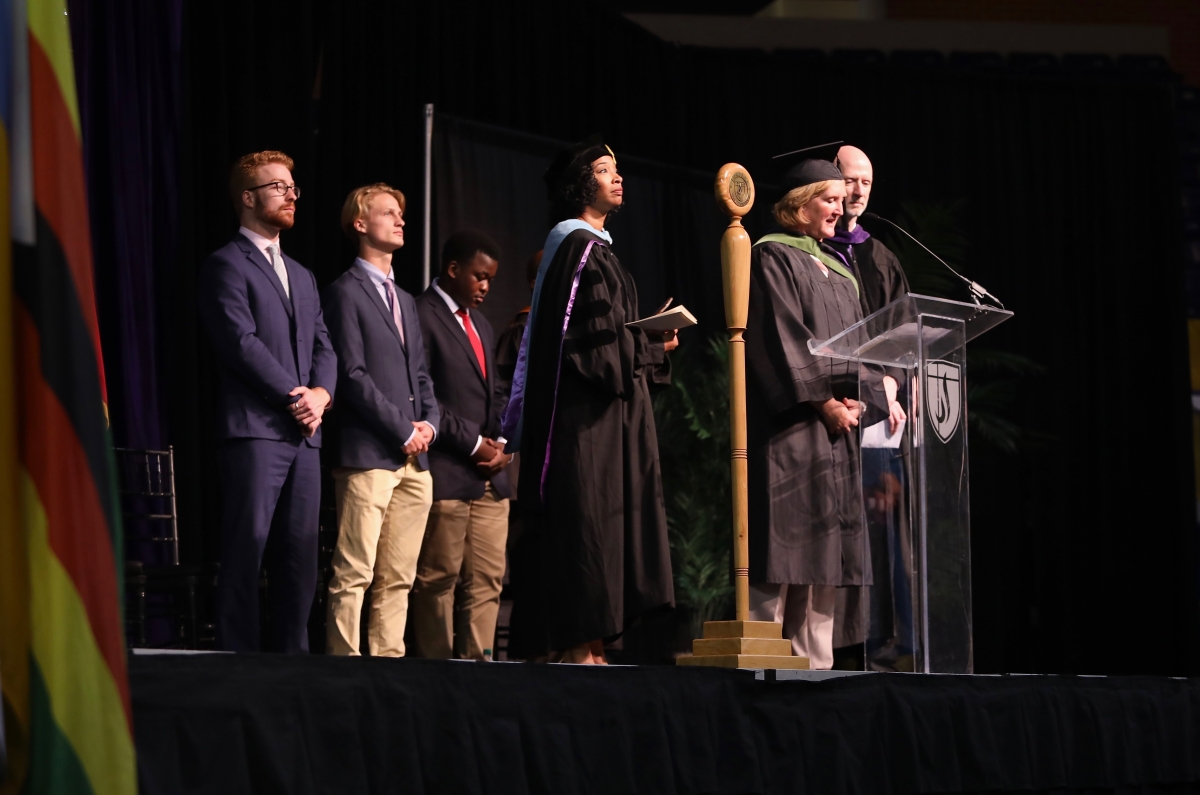 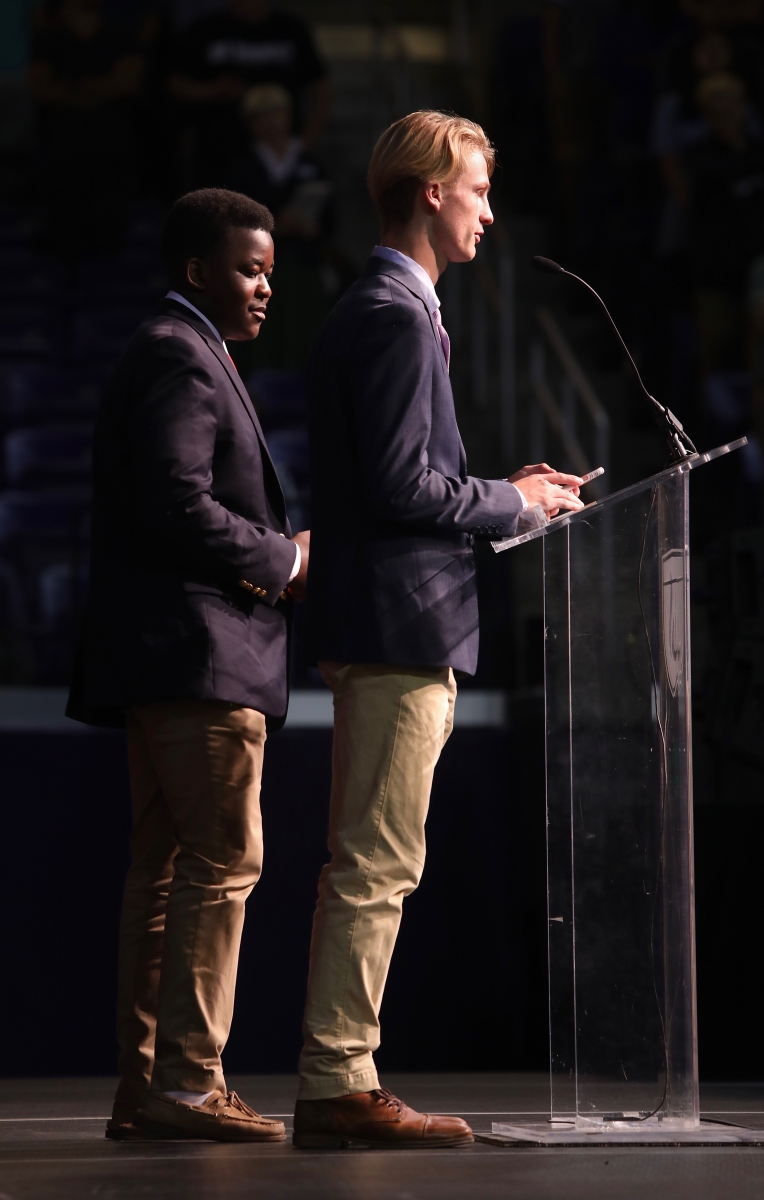 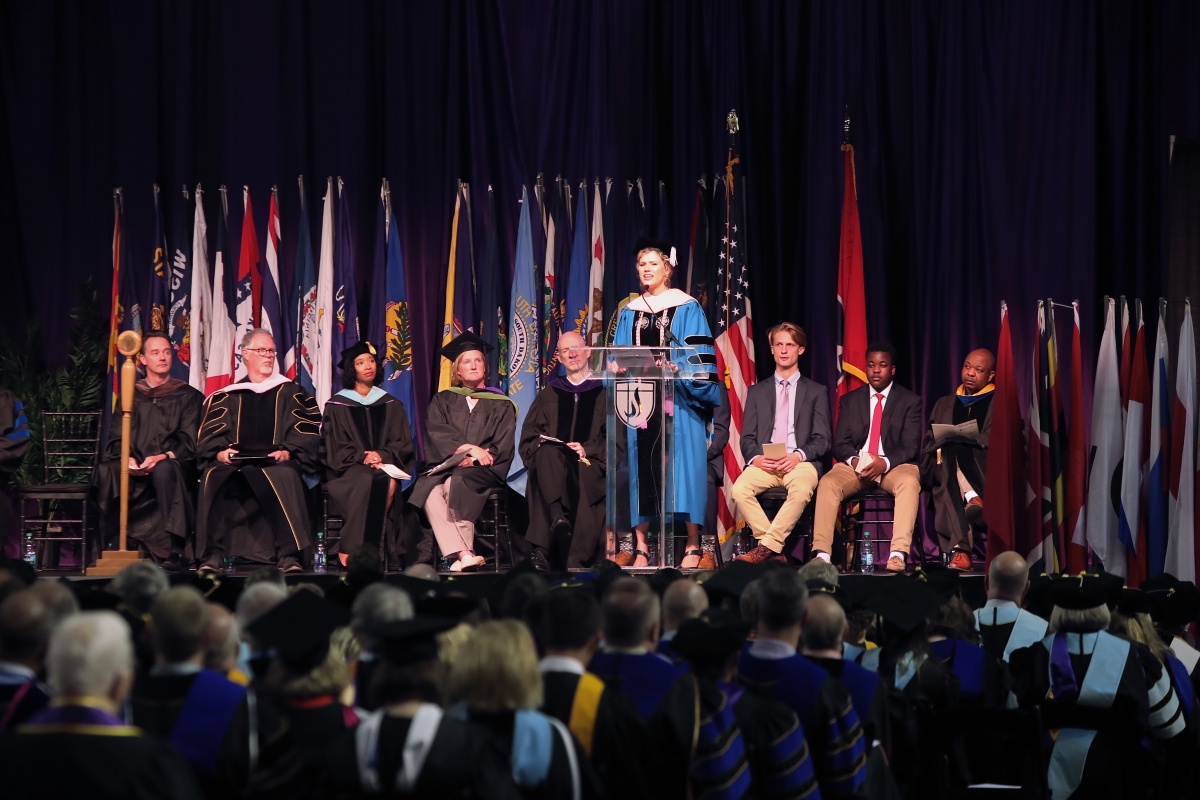 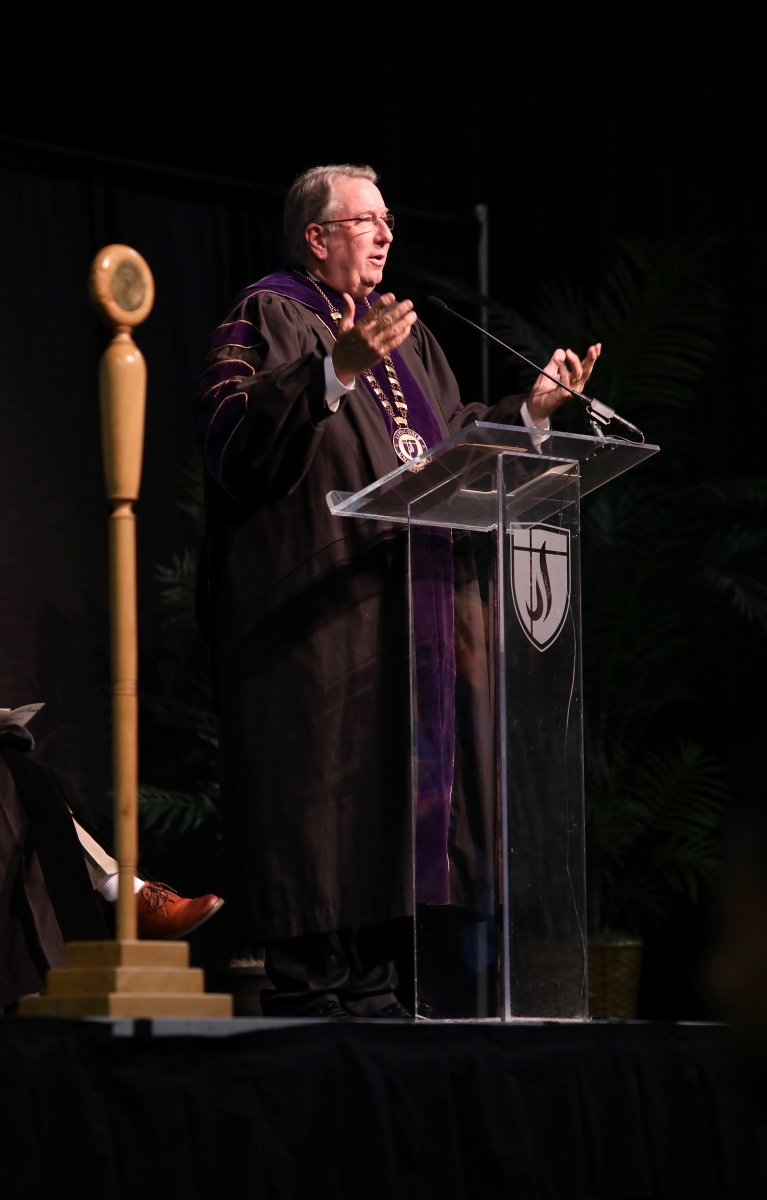 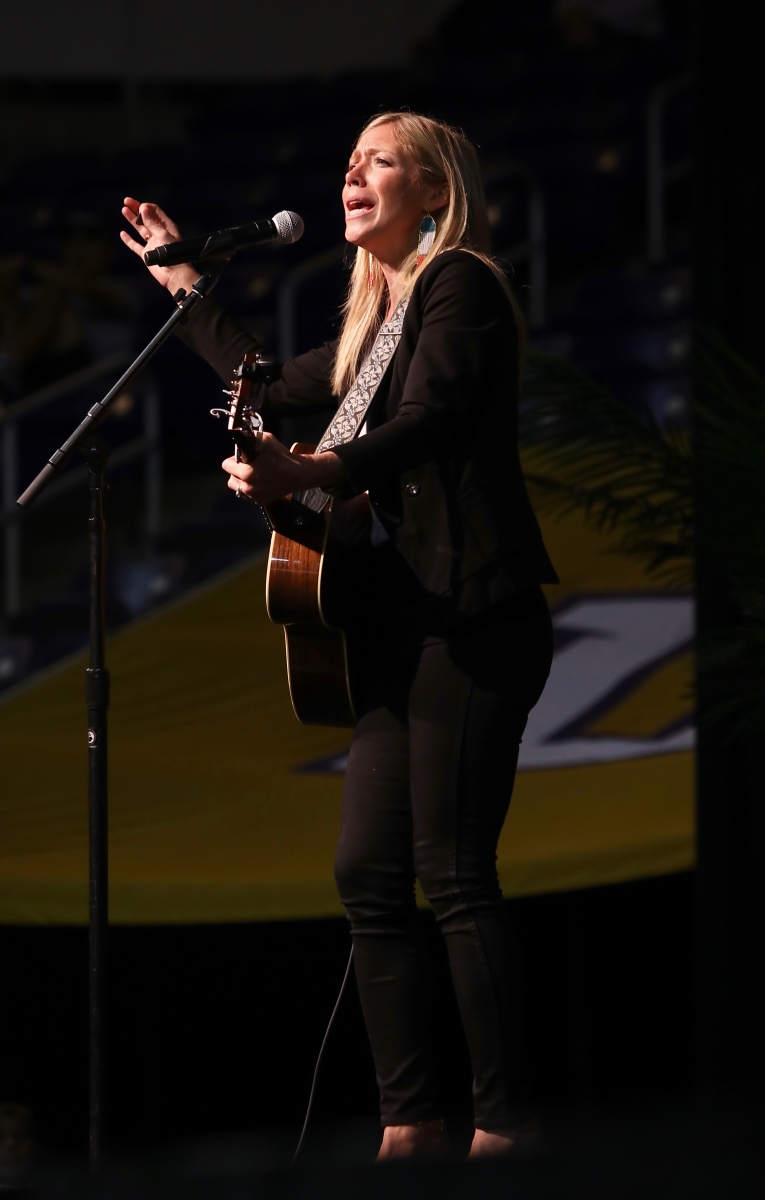