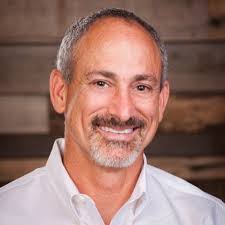 Ty Osman, called “a remarkable man” by Lipscomb President Randy Lowry, dedicated his life to helping his alma mater and the community.

Osman, 54, died in a fishing accident on July 11. He was a business leader and was co-founder and president of Solomon Builders Inc., a commercial construction company.

He and his wife, Nancy, are both Lipscomb graduates.

“He has not only been very successful in Nashville with the Solomon Builders, but many non-profit organizations as well, and they’re actually the builders for our huge addition to Lipscomb Academy down on Harding and Granny White,” Lowry told Lumination.

The Osmans’ most visible — to students, anyway — contribution to the university is the mosaic fountain on central campus that was dedicated to the memory of their son, Ty Osman II who died at age 18 on March 3, 2012.

The elder Ty Osman graduated from Lipscomb in 1987 with a degree in business administration, and he also was named Lipscomb University’s “Christian Business Leader” in 2004.

The Ty2 Foundation, founded by the elder Ty Osman, is a spiritual and physical landmark at Lipscomb. One side is a baptistry, which has been used frequently since it opened in June 2013.

“The fountain in the middle of campus is a way that Ty is remembered, and also a way that Ty and his wife Nancy contributed something very significant to us,” Lowry said.

“His son was an organ donor on his own accord, and it’s reported a year after he passed away, Ty and his wife met some of the recipients, and one of the most amazing moments for them was taking a stethoscope and being able to hear the heart of their son in someone else,” said Lowry.

In the fall of 2012, Osman, along with a group of 400 volunteers from Ty2, also renovated the Hard Bargain Association’s community center on Mount Hope Street in Franklin. That center now is called Ty’s House.

He was also vice-chairman of Both Hands, a nonprofit that aids widows, orphans and Christian families who are adopting, and a board member of Jovenes en Camino, which runs a nine-acre campus in Honduras for boys who are orphans, homeless or rescued from abusive situations.

“Ty was a highly committed Christian, and he was someone who took that sense of faith and passion for life in helping the lives of others,” Lowry said.

Osman is survived by his wife, Nancy, and their two daughters.

“He is going to be greatly, greatly missed,” Lowry said, “but if you look at a life well spent, he invested in the right things and is the kind of person we are all extraordinarily proud of.”