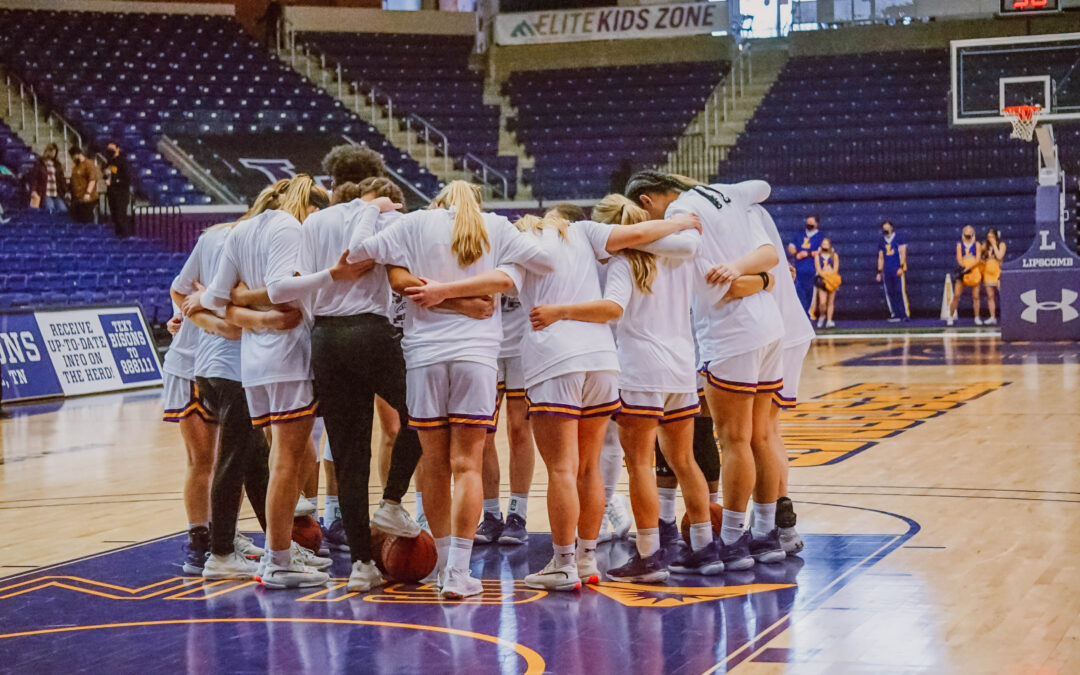 After holding Jacksonville to only nine field goals on the afternoon, Lipscomb walked away with their biggest win ever against the Dolphins 63-36.

Lipscomb freshman guard and reigning ASUN freshman of the week Jordan Peete and Jacksonville junior guard Deshari Graham traded layups to start off the afternoon, but this two-point tie would be the closest the Dolphins would get to the Bisons for the rest of the game.

Although both teams suffered from inconsistent scoring throughout the game, it was the Lady Bisons who capitalized on more opportunities, due in large part to the 54 rebounds Lipscomb had.

The Bisons shared the ball and the scoring, and as a result, although no players made it into double-figures for Lipscomb, 13 players scored, and all 14 eligible players played. Junior guard Jane Deason, senior guard Lindsey Whiteside, and senior forward Taylor Clark led the way for the Bisons each scoring nine points.

For the Dolphins, only two players scored more than one field goal, and the team as a whole combined for nine field goals and 16 free throws. Senior guard Alexis Pierce scored two three-point baskets and finished the afternoon with 11 points.

Winning both games on the weekend gives Lipscomb their first sweep of Jacksonville since the 2004-2005 season.

With the win this afternoon, the Lady Bisons improve to 9-7, 6-4 ASUN and remain undefeated at home for the season. Lipscomb is currently fourth in the ASUN conference standings, but they still have to play North Florida, Kennesaw State, and North Alabama in the coming weekends.

Next week’s ASUN women’s basketball slate will be announced on Monday afternoon by the conference.