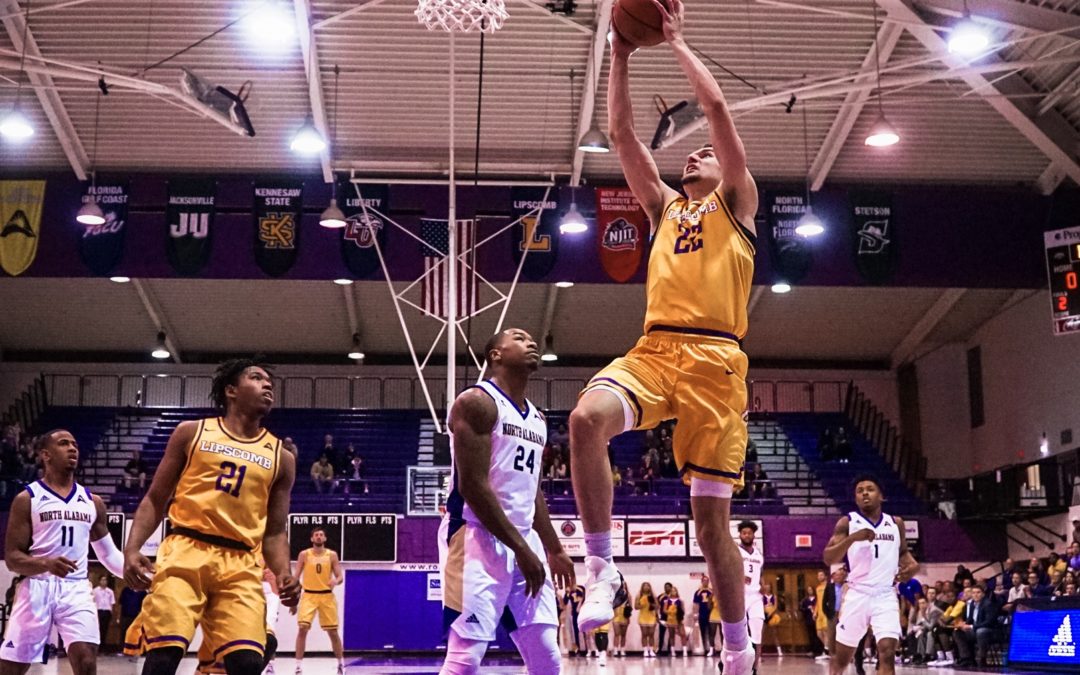 Lipscomb fans will get to see the Lipscomb men’s basketball team host every game it plays in the ASUN tournament next week.

After an 87-75 win at North Alabama’s Flowers Hall on Friday night, the Bisons (23-6, 14-2 ASUN) secured the No. 1 seed and home-court advantage for the ASUN tournament thanks to a tiebreaker over Liberty.

“I’m certainly pleased and proud of our team,” Lipscomb coach Casey Alexander said. “I think people picked us to be first, and we finished first.”

The tiebreaker with Liberty (also 14-2 ASUN) came down to how both teams played against No. 3 seed North Florida. The Bisons beat North Florida twice, while the Flames split their contests with the Ospreys.

The Bisons were led in rebounds by senior forward Eli Pepper, who had 10. Junior guards Michael Buckland and Kenny Cooper tied with five assists apiece.

The Lions (10-21, 7-9 ASUN) were led by freshman guard Jamari Blackmon, who had 22 points and tied with senior guard and forward Kendall Stafford for a team-leading three assists.

Stafford also posted a double-double with 16 points and a team-high 11 rebounds.

The Bisons and the Lions struggled for most of the first half. Nobody scored a field goal until Pepper dunked at the 17:32 mark to give Lipscomb the 3-0 lead.

With 9:25 left in the first, the Bisons led 21-12, but the Lions went on a 10-0 scoring run to take a one-point lead. Both teams went toe-to-toe before Lipscomb began pulling away in the last three minutes.

The second half was a completely different story. The Bisons carried the momentum they’d had at the end of the first and never once surrendered a second-half lead.

“UNA played with a lot of energy, I felt like,” Alexander said. “But I…thought we responded. I felt like we were better tonight from start to finish than we were against NJIT.”

The Bisons will play No. 8 Kennesaw State to start the tournament.

“It’s awesome, I mean, our fans have been awesome this year,” Marberry said. “I saw one of y’all’s articles; [we] have [a] 37 percent increase in fans this year.

“So we recognize that. We see that and appreciate that. And so to have a home-court advantage with all those fans cheering on us… it’s awesome.”

The Bisons will begin their ASUN tournament run on Monday night at Allen Arena. Tipoff is scheduled for 7 p.m.

NOTE: Portions of the article have been updated to reflect Lipscomb’s assurance of the No. 1 seed. The article originally incorrectly noted that the tiebreaker with Liberty was based on the NET rankings.